You will soon be able to rent smart bicycles in Dubai

They even come with GPS tracking technology…

HH Sheikh Mohammed bin Rashid Al Maktoum, Vice President and Prime Minister of the UAE and Ruler of Dubai has approved a series of RTA linked projects. One of which was an exciting opportunity for Dubai’s cyclists.

RTA (Roads and Transport Authority) have teamed up with Careem to operate 3,500 bicycles in Dubai which will be available to rent with your credit cards, NOL cards or smartphone. The smart system will be available at 350 stations and will use clever technology to track bicycles, predict high occupancy areas and connect through GPS.

The smart features will also include environmental sustainability methods by operating solar-powered bicycle racks and connecting them to a wireless network. The project will be the first bicycle-pool phased programme of its kind in the region. 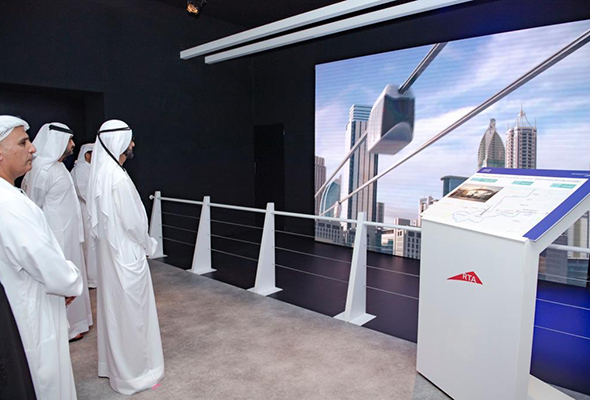 This project aims to achieve RTA’s value of Happiness, as their ‘pioneering and constant pursuit of people’s happiness indulge us in constant optimism and positive energy.’

HH Sheikh Mohammed was also given an update on the futuristic skypods which will run from DIFC to City Walk, suspended in the air. The project will have 21 stations around Downtown Dubai with the capacity to hold up to 8,400 people per hour per direction.

The sleek modern pods will follow the design of Dubai Metro stations, with tracks extending 15 kilometres in length. The Skypods require five times less power than electric vehicles and 10 times less infrastructure than the current systems in place.

News
Sport & Fitness
EDITOR’S PICKS
13 Sheikh Hamdan-approved restaurants in Dubai
READ MORE
Dubai brunches temporarily banned in new preventative measures
READ MORE
12 upcoming Dubai mega-projects we can't wait for
READ MORE
16 of the best beach bars in Dubai for sundowners
READ MORE
MOST POPULAR
8 things to look forward to in Dubai this March
This popular Aussie cafe has opened in a new location in Dubai
Wawa: The unassuming new eatery serving authentic Japanese food in Dubai
Here's why Sharjah City is fun for the whole family
This stunning beachfront resort makes for the perfect staycation
YOU SHOULD CHECK OUT
Our website uses cookies and other similar technologies to improve our site and your online experience. By continuing to use our website you consent to cookies being used. Read our privacy policy here.