Dubai is getting a new Dhs25 billion Riviera-style neighbourhood

Inspired by the likes of Portofino and Monte Carlo, it will be home to The Dubai Mall by Sea, hotels, a private beach club, floating yacht club and pristine beachfront…

A brand new Riviera-style neighbourhood is set to be developed in Dubai’s Mina Rashid area. Launched by master developer Emaar, a Dhs25 billion investment will transform the historic Mina Rashid area into a coastal destination inspired by the likes of Portofino, Porto Cervo and Monte Carlo.

Promising views of the Arabian Gulf and the Downtown Skyline, Mina Rashid will be home to luxe facilities including a 12,600 square metre sandy beach, Dubai’s longest swimming pool, a floating yacht club and ‘The Dubai Mall by the Sea’, which is described as an ‘elite waterfront retail, dining and leisure destination’ in an official statement. 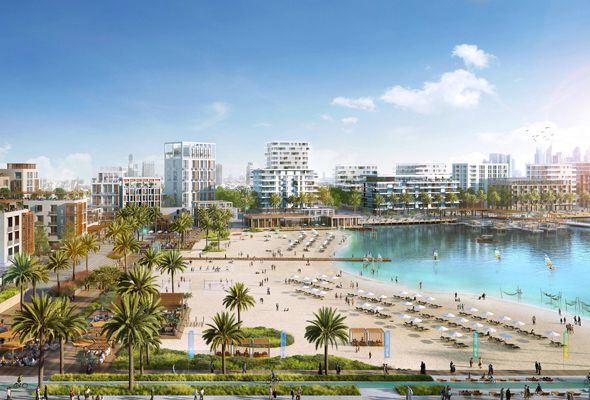 Several waterfront promenades, and a Venetian style piazza filled with shops and restaurants overlooking the sea. As well as signature hotels, a private beach club, art galleries, a theatre, museum and 500-metre palm tree fringed canal, there will also be plenty one, two and three bedroom waterfront apartments and townhouses.

ALSO READ: Dubai is getting a stunning suspended Sky Garden

Already described as the first modern port of Dubai, Mina Rashid will add over 430 wet berths able to accommodate some of the largest yachts in the world. 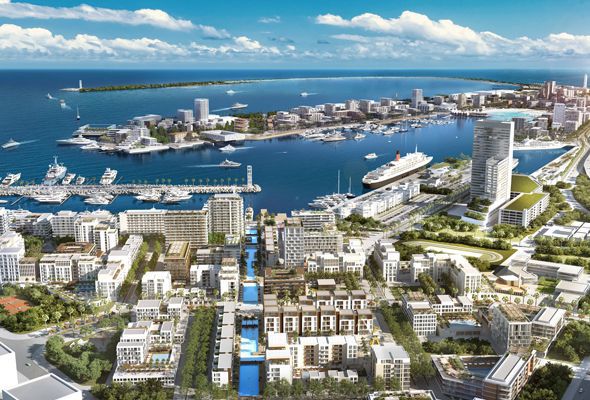 Mina Rashid is already home to the world’s most celebrated ocean liner – the QE2, which will take pride of place in the new Mina Rashid development. Now called QE2 Dubai, it is a 13-deck hotela dn dining destination docked permanently at Mina Rashid.

Mina Rashid will also be a modern link to the heritage of the city with a direct pedestrian bridge connecting the House of the late Sheikh Saeed Al Maktoum (the visionary behind Mina Rashid’s conception in 1972), to a museum and theatre.

Culture
News
EDITOR’S PICKS
13 Sheikh Hamdan-approved restaurants in Dubai
READ MORE
Dubai brunches temporarily banned in new preventative measures
READ MORE
12 upcoming Dubai mega-projects we can't wait for
READ MORE
16 of the best beach bars in Dubai for sundowners
READ MORE
MOST POPULAR
Wit woo: Check out Boomah, Abu Dhabi's first owl cafe
This stunning new restaurant brings Australia to Dubai
There's a dry night in Dubai coming up this week
Emirates announce special fares on flights to Maldives and Seychelles
A new British pub restaurant opens in DIFC with 40 per cent off drinks
YOU SHOULD CHECK OUT
Our website uses cookies and other similar technologies to improve our site and your online experience. By continuing to use our website you consent to cookies being used. Read our privacy policy here.