Summer Deals
Theatre
Things to do

The offer is only valid from May 21 until June 3…

Dubai Opera will debut Phantom of the Opera for the first time in the Middle East this October, and now for a limited time only, you can get 25 per cent off tickets. The offer applies to all gold, platinum and VIP tickets bought between May 21 and June 3, valid on all performances excluding Fridays.

The show, created by Andrew Lloyd Webber, is regarded as one of the most popular musicals in the world and will come to Dubai straight from London. Dubai Opera will be the only location to host the iconic show in the GCC. 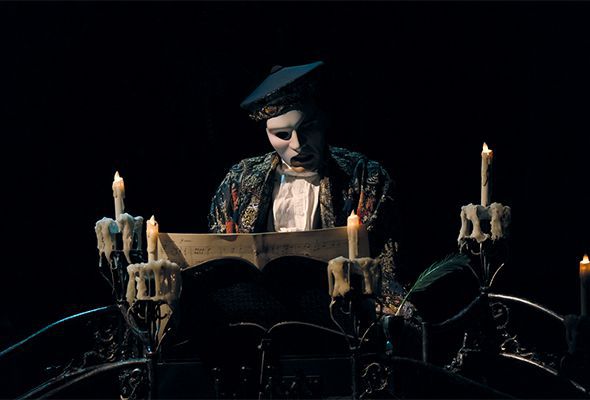 ALSO READ: 55 summer deals in Dubai that are too good to miss

The Phantom of the Opera tells the tale of a disfigured musical genius known only as ‘The Phantom’ who haunts the depths of the Paris Opera House. Mesmerised by the talents and beauty of a young soprano – Christine, the Phantom lures her as his protégé and falls fiercely in love with her.

His obsession sets the scene for a dramatic turn of events where jealousy, madness and passions collide. Andrew Lloyd Webber’s musical score is one of his most famous and stirring, including The Phantom of the Opera, Think of Me, and Music of the Night.

The cast will be lead by Jonathan Roxmouth, who is currently appearing in the global tour as The Phantom in Singapore, Manila and Kuala Lumpur. With a total of 130 cast, crew and orchestra members, the show is sure to be a mesmerising experience.

Summer Deals
Theatre
Things to do
EDITOR’S PICKS
Ramadan in Dubai: 40 iftars to try
READ MORE
Where can Dubai residents travel? Check out these 14 destinations
READ MORE
Rumours, facts and reveals: New Abu Dhabi bars and restaurants
READ MORE
UAE announces reduced working hours for Ramadan 2021
READ MORE
MOST POPULAR
Here are some excellent Ramadan markets to check out in Dubai
6 action-packed activities to tackle in the UAE
Pics of the week: Your best photos of the UAE
Abu Dhabi International Book Fair to return in May as a live event
17 of Dubai's best beachfront restaurants
YOU SHOULD CHECK OUT
Our website uses cookies and other similar technologies to improve our site and your online experience. By continuing to use our website you consent to cookies being used. Read our privacy policy here.