Desperate to see the film before it’s released? You’ll want to get a ticket to this…

The long-awaited Elton John biopic, Rocketman is set to be released this June, but if you want to see it first, you’ll want to get yourself to Dubai Opera.

For their first ever red carpet movie premiere, Dubai Opera will be offering VIP ticket holders the chance to see Paramount Pictures’ Rocketman on Tuesday June 11, two days earlier than its scheduled release across the UAE.

Tickets start from Dhs95, and for that, guests will get to experience the red-carpet glamour, a live orchestra performance and of course, the first screening of the new film. 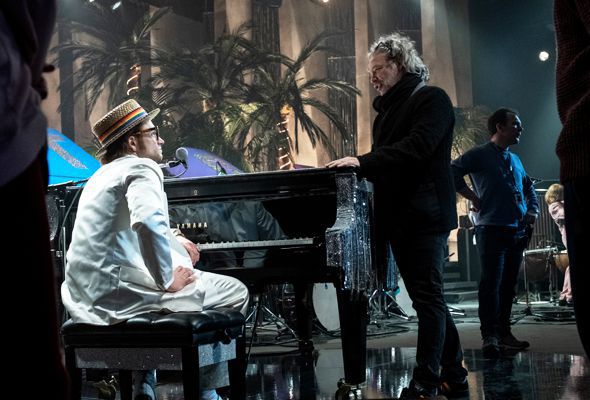 ALSO READ: All the artists still to perform in Dubai in 2019

The film focuses on Elton John’s breakout into the music industry, seeing him go from unknown Reginald Dwight to the international superstar he’s known as today, famous for songs like Tiny Dancer, Don’t Go Breakin’ My Heart and of course Rocket Man. Elton is played by Taron Egerton, and will see him perform all of Elton’s iconic hits through the decades.

“I am so pleased to announce our first ever red-carpet film event is the GCC premiere of Rocketman, an epic musical about a truly extraordinary artist,” said Jasper Hope of Dubai Opera.

Rocketman will then hit cinemas across Dubai on Thursday June 13.

Culture
Film
Nightlife
EDITOR’S PICKS
So, when is the next UAE public holiday in 2021?
READ MORE
All of the lavish new hotels set to open in Dubai in 2021
READ MORE
16 of the best pool passes in Dubai that are fully redeemable
READ MORE
All of the restaurants at West Beach, Palm Jumeirah
READ MORE
MOST POPULAR
Win a room at next weekend's Fairmont Bab Al Bahr Lock In
MOHAP begins Sinopharm trials on children aged three to 17
3 all-you-can-eat breakfast deals in Dubai to try this weekend
Update: Emirates again extends suspension of flights from India to UAE
This Abu Dhabi hotel has amazing dining deals seven days a week
YOU SHOULD CHECK OUT
Our website uses cookies and other similar technologies to improve our site and your online experience. By continuing to use our website you consent to cookies being used. Read our privacy policy here.