The golden Dubai Frame has been gracing the skyline of Dubai for over a year, and the stunning structure has officially been declared as the World’s Largest Frame by Guinness World Records.

The announcement was posted to the Dubai Frame’s official Instagram account and states that the Dubai Frame is the record holder for being ‘the largest building in the shape of a picture frame.’

An awarding ceremony took place at the Dubai Frame with a representative from Guinness World Records handing over the plaque to Wissam Lootah, Dubai Government’s Executive Director.

The Dubai Frame measures 150 metres high and 95 metres wide and it’s exactly these measurements that won the structure the Guinness World Records title.

The Dubai Frame project cost Dhs160 million, took ten years to make and opened to the public just last year in January 2018 and is located in Zabeel Park.

While it has been designed to showcase both Old Dubai and new Dubai perfectly within its frame-shaped structure when you look at it from a distance, let’s not forget the spectacular views of Dubai from the top of the 150-metre-high structure. 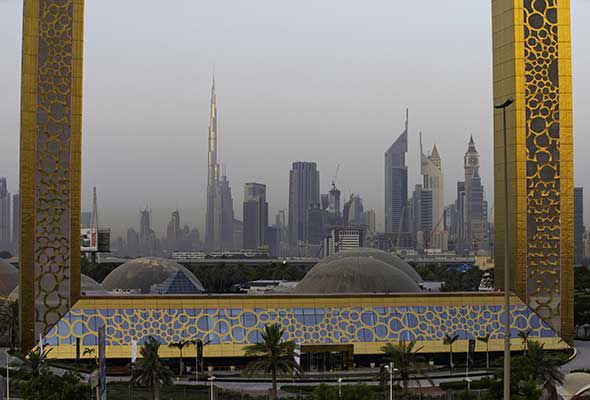 The first thing you’ll see is the “Dubai Frame Exhibition”, which tells the story of how Dubai Frame came to be. You’ll then be guided through a mysterious curtain of mist. On the other side is a neat little museum – the “Past Dubai Gallery” – which shows the Dubai of yesteryear using projections and multimedia displays. It’s a very cool, immersive experience (but no photography is allowed at this point).

Once you’ve walked through the museum, you’ll be asked to wait for the next available elevator, which will whizz you up 48 floors in 75 seconds. The elevator features a glass panel, so you can watch the views unfold as you get closer to the top.

The top of Dubai Frame is a spacious viewing gallery, from which you can see the gleaming skyscrapers of Downtown to the south, and the low-rises of Deira and Dubai Creek to the north. There are touchscreen displays that show you exactly what you’re looking at, pointing out some of the city’s most important landmarks. 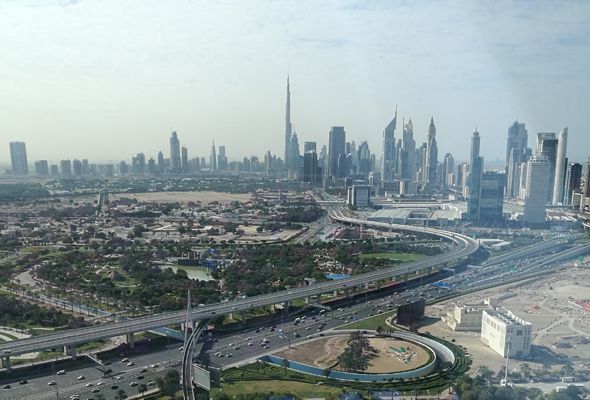 Old Dubai view (you can even spot Sharjah in the distance): 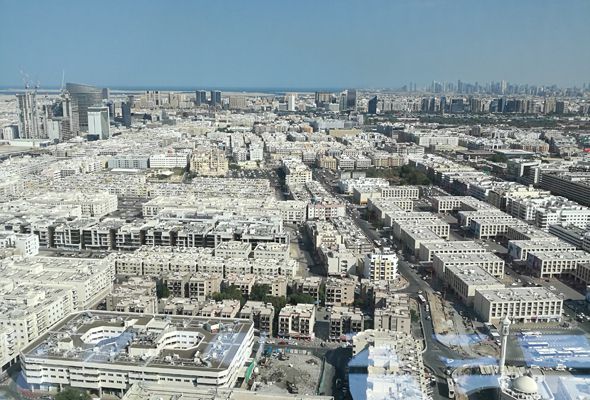 The star of the show is a 25-square-meter transparent walkway that runs along the centre of the viewing gallery. The walkway looks like frosted glass until you step on it – and then it turns clear, revealing the jaw-dropping view of Dubai beneath your feet. It’s a little scary at first – but you’ll be tap dancing across it in no time.

Tickets can be purchased online here.

Culture
News
Things to do
EDITOR’S PICKS
Dubai hotels and restaurants to suspend entertainment until further notice
READ MORE
9 royal-approved Dubai restaurants
READ MORE
16 of the best beach bars in Dubai for sundowners
READ MORE
Where to get the Covid-19 vaccine in Dubai, Abu Dhabi and across the UAE
READ MORE
MOST POPULAR
8 of the best homegrown burger concepts in Dubai
Direct Etihad flights to Qatar from Abu Dhabi are inbound next week
Dubai Health Authority answers your questions regarding the vaccination
Expo Dubai 2020: What’s inside the Sustainability Pavilion?
Sheikh Hamdan launches project to renovate Al Fahidi Fort in Dubai
YOU SHOULD CHECK OUT
Our website uses cookies and other similar technologies to improve our site and your online experience. By continuing to use our website you consent to cookies being used. Read our privacy policy here.