A Hollywood-inspired hotel is opening in Dubai later this year

Written by:
Lauren Fletcher
2nd May 2019

Brought to you by Paramount Pictures, expect never-before-seen footage playing throughout, themed bedrooms and plenty of Hollywood glamour…

The first Paramount Hotel, by blockbuster kings Paramount Pictures, is set to open in Dubai in the third quarter of 2019 in Business Bay – and guests can be expected to be transported to the heart of Hollywood during their stay.

Promising an ‘innovative guest experience’, the luxury new 69-floor hotel will make you feel like you’re on the set of a film, with impressive video walls in the lobby, studio-inspired entertainment and a Paramount Screening Room.

Staff at Paramount Hotel Dubai are even known as ‘Paramount Cast Members’, lead by the Director (the general manager). 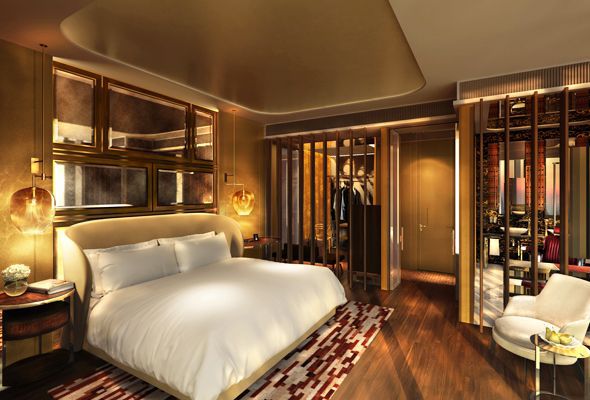 Keeping with the movie theme, rooms and suites are grouped into Studio, Scene and Stage Guest Rooms and Premiere Paramount Suites. There will even be a Producer Suite with a private screening room and private hammam

Guests can watch all of their favourite Hollywood classics on the huge screens in every room too. Just remember to leave your room – you are on holiday, after all…

In an ‘offer you can’t refuse’, check into the Godfather-themed suite based on the gangster classic, or try one of the other themed rooms for a truly unforgettable stay. 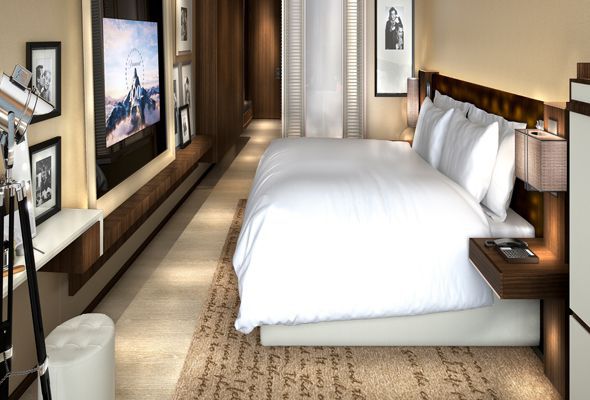 The Hollywood spirit doesn’t stop in the bars and restaurants either. In the Speakeasy Bar & Lounge, you’ll enjoy carefully crafted cocktails in an old Hollywood setting surrounded by classic movie posters, while Pacific Groove takes the form of a Californian raw bar and grill. And for the chocolate lovers, there’s an actual Chocolate Lab, aptly named The Cheat.

The California Pool Deck will ‘take you to Hollywood’, with a beautiful oasis-like setting that has three pools, loads of greenery and is overlooked by the dramatic architectural design of the hotel. Instagram at the ready! 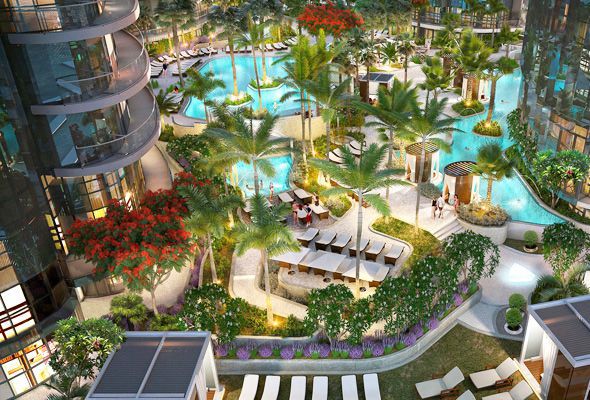 Of course, with movies being the essence of the hotel, there is a Paramount Screening Room showing Paramount Pictures’ famous films and old classics, taking you on a nostalgia movie trip through the decades. There’ll also be exclusive, never-before seen, behind the scenes stills from over a hundred years’ of Paramount Movies throughout the hotel.

Dust off your cocktail dresses and step onto the red carpet…

Staycations
EDITOR’S PICKS
Ramadan in Dubai: 50 iftars to try
READ MORE
Where can Dubai residents travel? Check out these 14 destinations
READ MORE
Rumours, facts and reveals: New Abu Dhabi bars and restaurants
READ MORE
UAE announces reduced working hours for Ramadan 2021
READ MORE
MOST POPULAR
A four-day ultra marathon is taking place in the Dubai desert
Put the pedal to the metal with free tickets to Ekart Zabeel
Etihad drops massive summer sale with up to 50 per cent off flights
Spend your summer in a snowy cinema in Dubai
Tipsy Lion reopens with wallet-friendly deals all week
YOU SHOULD CHECK OUT
Our website uses cookies and other similar technologies to improve our site and your online experience. By continuing to use our website you consent to cookies being used. Read our privacy policy here.