Manchester United star Paul Pogba has been enjoying a sun-soaked family break in Dubai to celebrate the end of the football season, and he’s been sure to make the most of it. As well as sharing snaps of the family visiting the Sheikh Zayed Grand Mosque in Abu Dhabi, Pogba also posted a photo from his luxury hotel, believed to be the Bulgari Resort. 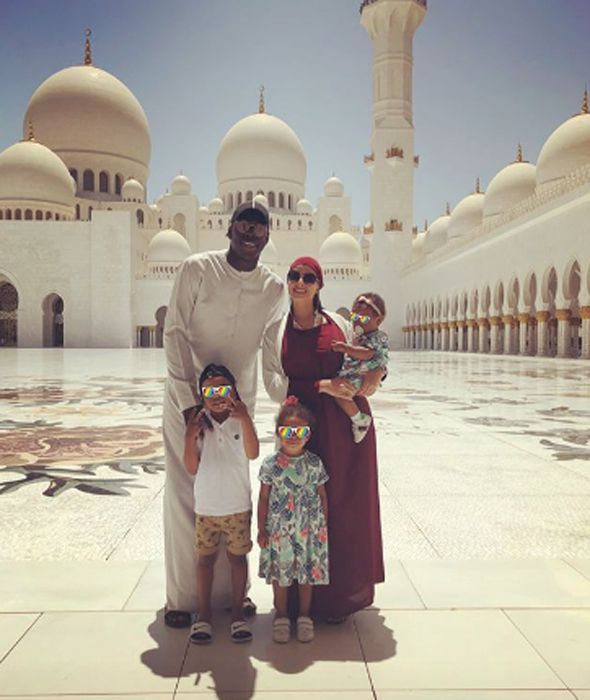 Another footballing star on holiday in Dubai at the minute is Chelsea player Kurt Zouma. As well as hanging out with friend and fellow footballer Paul Pogba, Zouma has been spotted visiting the Sheikh Zayed Grand Mosque with his family, shopping at The Dubai Mall and watching the fountains at the Burj Khalifa.

McFly and McBusted guitarist turned author Dougie Poynter has been on a work trip to Dubai for the last few days with Visit Dubai. Although we don’t know exactly what he’s been here working on, he’s been sharing pictures with his 700,000 strong Instagram followers at Atlantis, The Palm riding the waves at Wavehouse and diving in the aquarium.

Brazilian footballer Carlos Eduardo is the latest star to pay a visit to Dubai-based businessman Saif Belhasa’s farm while on a trip to Dubai. Describing it as an ‘amazing place’ the midfielder shared snaps of him feeding a bear cub and pulling faces with a gorilla.

Celebrities
News
EDITOR’S PICKS
UAE holiday dates announced for Eid Al Adha
READ MORE
Emirates extends suspension of flights from India to UAE again
READ MORE
Coming soon: Everything we know about Ain Dubai so far
READ MORE
Khorfakkan set to open new tourist attraction 580 metres above sea level
READ MORE
MOST POPULAR
It's Dhs350 to brunch, stay and play at the What's On Lock In this weekend
UAE weather: Temps of over 50ºC recorded in the shade yesterday
Get a free Expo 2020 day pass when you fly with Emirates
A popular fairy-tale is gracing the stage at The Theatre at Mall of the Emirates in August
UAE petrol prices will increase again in August 2021
Exclusive interview: John Cena on his role as a 'douchey Captain America'
YOU SHOULD CHECK OUT
Our website uses cookies and other similar technologies to improve our site and your online experience. By continuing to use our website you consent to cookies being used. Read our privacy policy here.