Whether you’re planning a trip to the cinema with the kids for some family-friendly laughs, or a catch up with friends that include a horror flick or the latest action-packed film, here are our top picks of the best films out in cinemas in Dubai this week.

Uglyville is a different sort of town. The dolls here are unique, straying away from what is ‘perfect’. Moxy is a free-spirited doll and together with her Ugly Dolls friends, they confront what it means to be different and struggle with their desire to be loved. Ultimately, they discover that they don’t have to be perfect to be amazing, because who you truly are is what matters most. 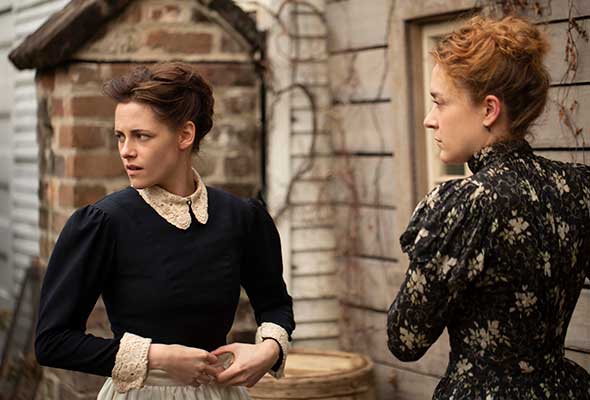 In 1892, Lizzie Borden lives a quiet life in Massachusetts under the strict rules established by her father. Lizzie finds a kindred spirit in the live-in maid, Bridget. But tension mounts in the Borden household, leading to a violent breaking point.

Some friendships transcend lifetimes. In A Dog’s Journey (sequel to the heartwarming global hit A Dog’s Purpose), beloved dog Bailey finds his new destiny and forms an unbreakable bond that will lead him, and the people he loves, to places they never imagined.

In the early 17th century, innocent young Persephone is falsely accused and put on trial for her life. Her fate seems sealed until the timely intervention of the mysterious Reverend Mother offers her not just sanctuary, but hope. The Reverend Mother is the leader of a small religious retreat, where her fellow Sisters seek atonement for their pasts. But upon arrival, Persephone is plagued with visions and soon realizes that it’s not salvation that awaits but a battle for her very soul.

Harmon is a CIA/DEA enforcer investigating terrorists captured in Mexico. With his team, FBI agent Zara and spy-drone pilot Sharp, he flies to Istanbul and uncovers a brutal plot: extremists who plan to use Sonora drug-smuggling routes to bring deadly weapons and leaders into the United States. To prevent an attack on America, Harmon must turn these two savage forces against one another before his time and his luck run out.

Culture
Film
Things to do
EDITOR’S PICKS
Ain Dubai will open with fireworks, live music and a drone show
READ MORE
Incredible Aura SkyPool to open in Palm Tower this November
READ MORE
Brit Grand Slam hero Emma Raducanu confirmed for Mubadala Tennis
READ MORE
What’s On Nightlife Awards 2021: Here are the nominees...
READ MORE
MOST POPULAR
Free parking announced in Dubai on Thursday, October 21
Atlantis the Palm's Culinary Month is back with some amazing restaurants
7 fun spots to celebrate Halloween in Dubai with the family
The best places to watch the spectacular Ain Dubai fireworks show
This brunch serves up delicious Arabic dishes and non-stop captivating entertainment
YOU SHOULD CHECK OUT
Our website uses cookies and other similar technologies to improve our site and your online experience. By continuing to use our website you consent to cookies being used. Read our privacy policy here.