Need to borrow some milk from next door? Why walk when you can pop round via the lazy river?

Construction has begun on a new Dubai neighbourhood that’s going to come complete with its own lazy river. Arabian Ranches III is being developed by master developer Emaar, and will be found adjacent to the existing two Arabian Ranches communities.

Described as a ‘premium desert-themed community’, the new neighbourhood will span an expansive 6.67 million square metres.

Comprising of three and four bedroom townhouses, Arabian Ranches III will feature a lush central park in the middle, covering 30,000 square metres, a 4km long boulevard and a lazy river which looks like it will run through the centre. So, if you need to borrow something from next door, why walk when you can hop in a ring and take the lazy river?

In the park, there will be a central plaza, adventure zones, a parkour course, skate park, barbeque areas, jogging tracks and a gym. There will also be a direct connection from the new community to the 86km long Al Qudra cycling track. 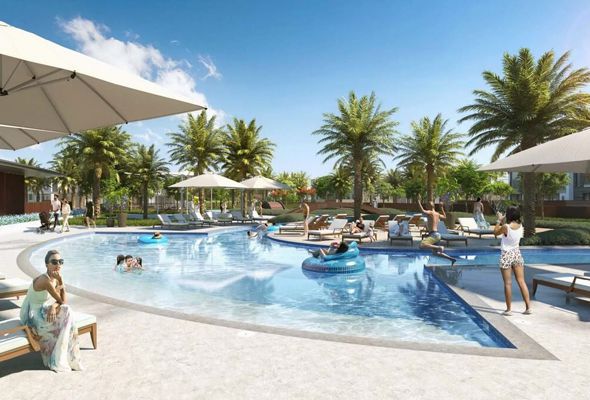 A clubhouse, cinema, and dedicated retail area for shops and amenities will also feature at the centre of the community, ensuring residents have everything they need right on their doorstep.

Residents can also access the golfing facilities at the Arabian Ranches Golf Course, or hone their equestrian and polo skills at the Dubai Polo & Equestrian Club.

News
EDITOR’S PICKS
What’s On Nightlife Awards 2021: Here are the nominees...
READ MORE
It's back! What's On Lock In returns to Media One Hotel
READ MORE
Arts and culture: 5 spots we can't wait to visit at Expo 2020 Dubai
READ MORE
UAE petrol prices are set to decrease in September 2021
READ MORE
MOST POPULAR
6 fun things to do in Dubai this week: September 26 to 29
Days by Wyndham hotel has opened its doors in Dubai
Free alfresco cinema returns to Umm Al Emarat Park in Abu Dhabi
This sky-high yoga class includes spa access and discounted treatments
All the ways you can get your hands on free Expo 2020 tickets
YOU SHOULD CHECK OUT
Our website uses cookies and other similar technologies to improve our site and your online experience. By continuing to use our website you consent to cookies being used. Read our privacy policy here.