What’s new on Netflix in the UAE this May

Written by:
Aarti Saundalkar
2nd May 2019

Settle in for some top TV this Ramadan…

Home a few hours early thanks to your new office timings for Ramadan? Well, Netflix has plenty of new releases this month for you to help fill your time.

So put the popcorn in the microwave, dim the lights and get stuck into some of these new releases on Netflix… 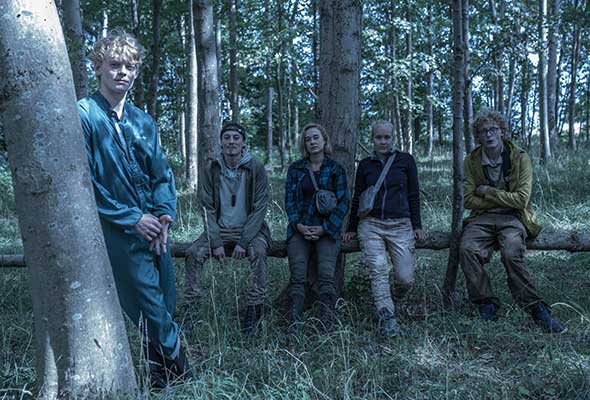 Back story: Spoiler alert! It rains. Well, that one was obvious. But this is a different kind of rain, one that carries a virus which wipes out almost all humans in Scandinavia. The story follows Danish siblings Simone, and Rasmus who take shelter in a bunker. Skip forward five years, they emerge to search for their father, and meet other survivors. Together, they travel across Denmark and Sweden, searching for a safe place, and for the siblings’ father, who may be able to provide some answers and the cure. Season one is currently still available to watch on Netflix.

Season two of this Danish Original by Netflix series will be out mid of May. Real spoiler alerts ahead for those who haven’t seen season one. Rasmus is immune to the virus but unfortunately is a carrier at risk of infected others. Although the survivors manage to escape from Apollon, they seek to find Rasmus, whose immunity is vital to finding a cure that could save humanity. Unfortunately, this means the young man would have to die. It also transpires that Apollon used cloud-seeding technology and that’s what caused the virus to spread around the world. Capturing Rasmus who is the ‘cure’ would enable allow them to wield more power and control. The fate of humanity now rests in the hands of the survivors. 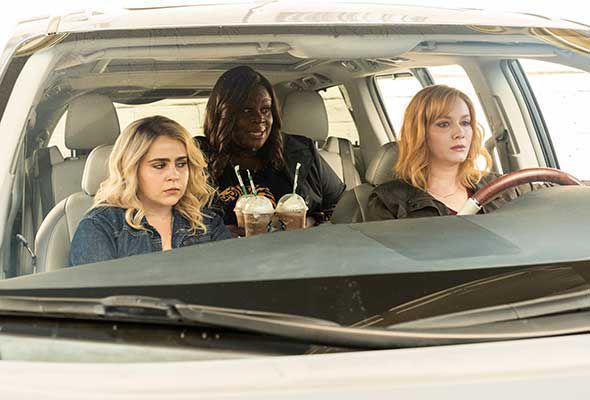 Back story: Good girls follows three mothers from Detroit, two of whom are sisters, who are struggling to make ends meet. With personal and financial situations wearing them down, they decided they had enough and would get their life back by robbing a local grocery story. Having never done anything like this before, they get pulled in deeper than they ever imagined – and the only way out of this will be together. Season one is currently still available to watch on Netflix.

Season two will be out only at the end of the month of May, and will see the women come face-to-face with the consequences of their criminal behavior.

You’ll be in for laughs and gasps with this new comedy game show that will see contestant having to undergo terrifying and/or hilarious physical challenges. Their main goal is to not to flinch. If they do, they have to face the painful or disgusting consequence while their opponent scores a point. 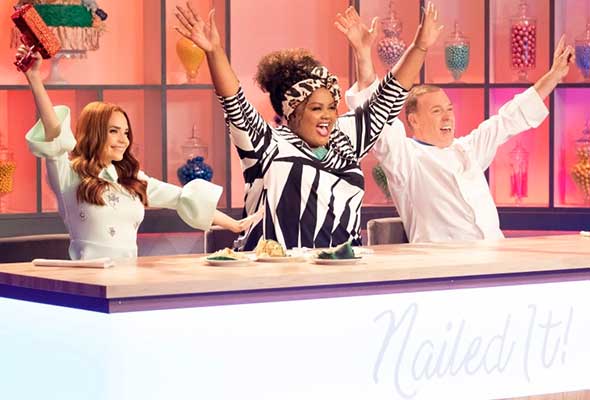 Back for a third seasons, Nailed It sees three home bakers battle against each other to win $10,000 and a ‘Nailed it’ trophy. Watch it for laughs, a few baking tips (from renowned pastry chef Jacques Torres, not the contestants), or to make yourself feel better about your baking skills. Season one, two and special editions are currently still available to watch on Netflix.

Knock down the house

This Netflix original documentary goes behind-the-scenes with four determined women, including Alexandria Ocasio-Cortez, who challenge big-money politicians in the 2018 race for Congress.

When They See Us

This Netflix original is based on the true story of five Harlem teenagers who were wrongly convicted of the physical abuse of a jogger in New York City in 1989. Dubbed ‘The Central Park Five’, the series boasts an impressive ensemble cast which includes Felicity Huffman, Vera Farmiga, John Leguizamo, and Michael K Williams. The four-part limited series will span 25 years, highlighting their exoneration in 2002 and the settlement reached with the city of New York in 2014.

Culture
Things to do
TV
EDITOR’S PICKS
13 Sheikh Hamdan-approved restaurants in Dubai
READ MORE
Dubai brunches temporarily banned in new preventative measures
READ MORE
12 upcoming Dubai mega-projects we can't wait for
READ MORE
16 of the best beach bars in Dubai for sundowners
READ MORE
MOST POPULAR
Abu Dhabi restaurants where you can celebrate your love of Spritz
6 great beachside breakfast spots to try in Dubai this weekend
7 great deals to check out in Original Wings & Rings in March
Throwback: Check out these photos of the UAE's first hotel
5 empowering ways to celebrate International Women's Day in Dubai
YOU SHOULD CHECK OUT
Our website uses cookies and other similar technologies to improve our site and your online experience. By continuing to use our website you consent to cookies being used. Read our privacy policy here.