Here are 8 healthy restaurants to try out in the capital

The best vegan, organic and gluten-free dishes in Abu Dhabi coming right up…

Believe it or not, humans cannot survive on tacos and freakshakes alone (not if they want to live to see 30, anyway). We’ve been in the UAE long enough to know one day your body will shut down and reject further orders until something leafy and green is in your stomach.

Alternatively, you may just be the type of person who likes to eat healthy even when your organs aren’t revolting against you. To each their own. In either case, you’re in luck. Abu Dhabi has a wonderful selection of spots that will immediately trick your body into feeling healthier, at least until the next food festival. 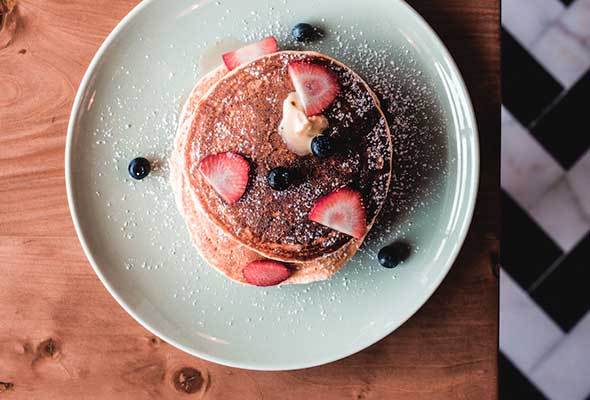 With the tagline ‘wholesome food, local roots’, Foodshed was already vegetarian and vegan-friendly – hello fluffy cinnamon-spiced vegan pancakes – when it opened in 2018. Then owner Sheikha Maisa Al Qassimi quietly launched a vegan menu and we were hooked. This rustic, homey cafe, an offshoot of the homegrown Ratios Coffee in Sharjah, is located in Khalifa Park on the edge of Bloom Gardens. It offers a bright interior, great coffee and nourishing food with generous portions. Highlights include a vegan burger, homemade beans on toast, chia pots and a winner of a vegan banana muffin. There are lots of gluten-free options too, including desserts and breads. 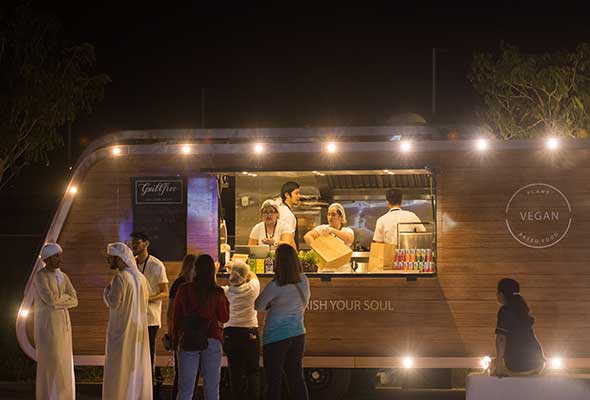 Have you caught up with Abu Dhabi’s first vegan food truck yet? Guiltfree has now scored a permanent location for the truck, which debuted late last year at special events, and it’s across from Al Bahar at the Corniche. Run by the Emirati brother and sister duo Abdulla and Miriam Omaira, Guiltfree was started several years ago when Miriam went to a winter event in search of the perfect dessert, finding only pancakes drenched in Nutella and sugar. She then enlisted Abdulla, who had lost weight by going vegan. The dishes they offer at the truck – and via delivery – include roasted veggie pizza, vegan sushi and a masala Buddha bowl made with curried chickpea gravy, quinoa, warm kale cabbage and masala sauce. Sweets include a gluten-free brownie and a pistachio pancake. All cheeses and nut milks are homemade; they even have vegan labneh. 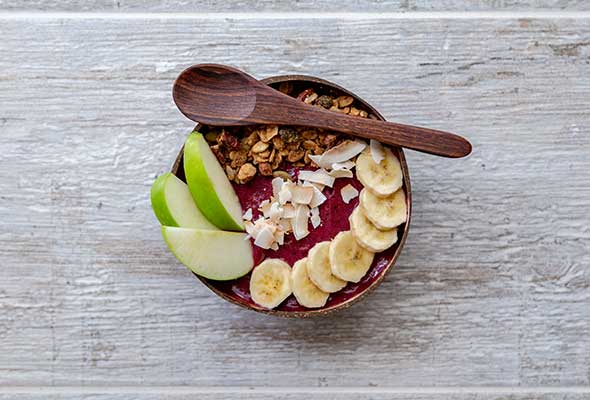 Residents of the capital may already be familiar with Moni’s Healthy Choice in local supermarkets, where there’s a range of healthy meals and snacks including gluten-free bread and cookies, as well as chia and oat puddings. But February marked the launch of the first Moni’s Cafe at the Club House in Al Bandar. Owner Monica Braga, who started out making herself energy balls as a post-gym snack, offers a range of foods at the sunny new location, including smoothie bowls, soups, salads and Moni’s twist on avocado toast. 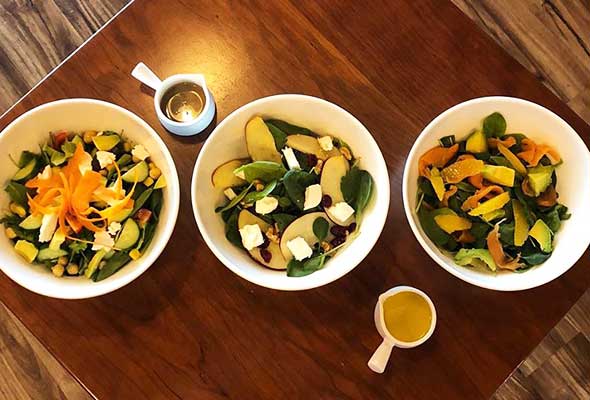 The owners of the Abu Dhabi CrossFit juggernaut Vogue Fitness are nothing if not business savvy. They opened a cafe at the bottom of the Yas Marina building where their first gym is housed so they can lure in a steady stream of post-workout clients with their healthy smoothies and protein balls. But this new cafe is a destination in itself. The coffee is top-notch, the patio fancifully covered with strung-up lights, the vibe busy and bustling, the service stellar and the food a cut above. We love the assortment of sweet potato-topped snacks and moist gluten-free muffins. 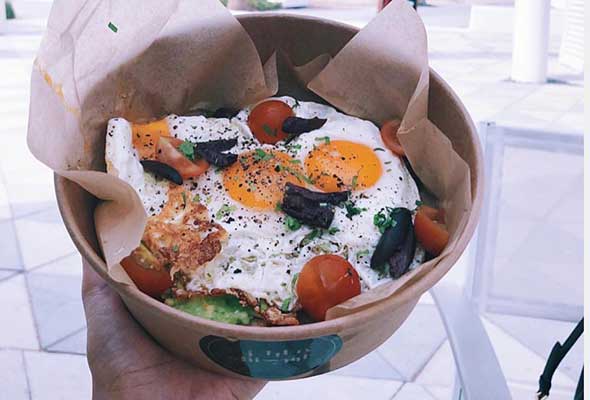 Rana Luqman and Mo Al Shaibana had been planning to open a 100 per cent organic cafe since they were married in 2014. But when the opportunity arose to launch Marl’s Organic in a shipping container at Al Bahar at the Corniche last year, they grabbed it. Their permanent cafe is due to open this month in Masdar City, to be followed by Marl’s grab-and-go services at gyms and yoga centres around the city. This isn’t about fast food, though. Each dish – like almond-battered crispy chicken breast with banana plantain chips and a homemade beetroot ketchup, or quinoa beetroot falafel – is freshly prepared. 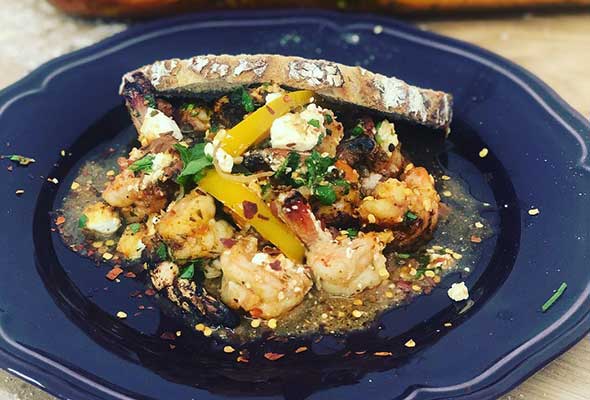 Aliki Christina Georgakaki started preparing Mediterranean-inspired healthy meals and experimenting with different types of breads in her bespoke industrial-sized home kitchen, later expanding to deliver to family and friends. It has been mere weeks since she officially launched the business side of Organic2Go. Included in the rotating menu are dishes free of dairy, egg, gluten, nut, seed, wheat or yeast. Think quinoa sourdough, gluten-free brownies with hazelnuts, Greek salad and more. Unless it’s a cheat day meal, everything is sweetened naturally. Pricing is reasonable, too. Salads start at Dhs30, meals from Dhs35 and bread from Dhs15. Currently available for pickup; delivery soon. 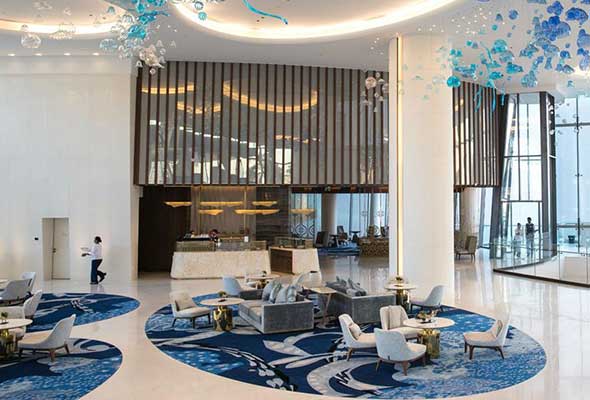 The cleanest, most interesting menu in town is also hidden away inside another menu. Confused? So were we. But Bodyism is not only the Jumeirah at Saadiyat Island’s brand new health club, it’s due to be a cafe, as well. And until that opens in the coming months, the hotel’s Majlis Cafe plays host to five Bodyism signature dishes and five Bodyism smoothies – each containing a bespoke supplement powder created in the original London, Bodyism gym and cafe. The items on the menu have been painstakingly put together and that is reflected in their rich and filling flavours. The smoothie bowl, for example, with banana, strawberry, raw almonds, chia seeds and roasted pumpkin seeds (Dhs55) is out-of-this-world, as is the protein excellence smoothie (Dhs45). 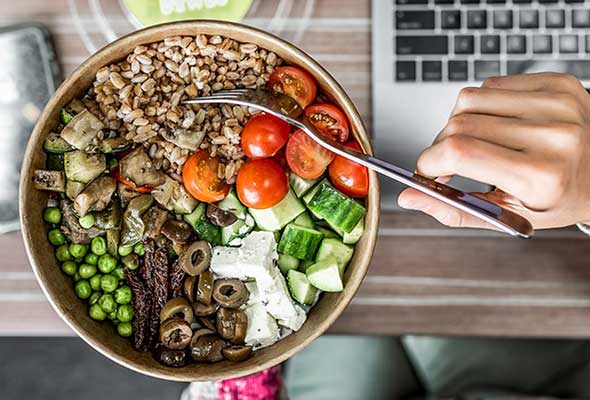 Word of Bear Bowls arriving in Abu Dhabi was welcome news for residents eager for nourishing lunch options. Bear Bowls doesn’t have a permanent location; nor a website, Instagram or phone number, even. Just hearty, delicious salads and meat and veggie Bear Bowls – signature or create-your-own – offered on a variety of bases, including couscous, quinoa, greens or cauliflower rice, and only available via Zomato.

Eat & Drink
Restaurants
EDITOR’S PICKS
UAE holiday dates announced for National Day
READ MORE
Emirates Dubai 7s is back: Here's why we're excited...
READ MORE
Tennis ace Andy Murray to play at Mubadala World Tennis Championship
READ MORE
UAE 50: Where to watch National Day fireworks in Dubai
READ MORE
MOST POPULAR
UAE confirms its first case of the Omicron variant
Alhosn Green Pass to only be valid for 14 days after negative PCR
20 of the best things to do in Abu Dhabi this long weekend: Part 2
First look: London-loved restaurant The Cinnamon Club opens in Dubai
Check out this amazing display at the world's highest outdoor infinity pool
YOU SHOULD CHECK OUT
Our website uses cookies and other similar technologies to improve our site and your online experience. By continuing to use our website you consent to cookies being used. Read our privacy policy here.