The non-stop, six-hour flight to the ‘City of Music’ will launch in September…

Thinking of a long weekend in Europe? If the capital city of Austria, Vienna, isn’t on your bucket list, this year might be the time to add it as low-cost airline Air Arabia is set to begin flights to the cool European city on September 15, 2019.

Initially, Air Arabia will operate four flights a week on Sundays, Wednesdays, Fridays and Saturdays to Vienna, and will increase to daily flights starting from mid-December.

Vienna, also known of the ‘City of Music’, is one one of Europe’s most culturally rich cities, boasting baroque architecture and endless museums and art galleries. Vienna has been synonymous with music for centuries, and was home to Mozart, Beethoven, Schubert and Johann Strauss.

As well as it’s quaint coffee houses, Vienna also boasts a beautiful festive market in the winter. So, perhaps it could serve as a good long weekend for a festive getaway? 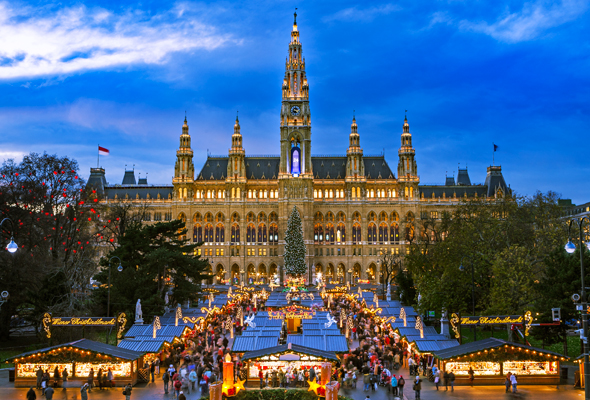 ALSO READ: Where to travel in 2019: 6 new flight routes from Dubai

The flight route is one of two brand new flight routes launched by the Sharjah-based airline in 2019. From July 1, 2019, Air Arabia will begin direct flights to the Malaysian city of Kuala Lumpur

The daily, seven-hour flight from Sharjah International Airport will be the first direct flight from the region by a low-cost carrier.

Travel
EDITOR’S PICKS
Ain Dubai will open with fireworks, live music and a drone show
READ MORE
Incredible Aura SkyPool to open in Palm Tower this November
READ MORE
Brit Grand Slam hero Emma Raducanu confirmed for Mubadala Tennis
READ MORE
What’s On Nightlife Awards 2021: Here are the nominees...
READ MORE
MOST POPULAR
Review: Niri Restaurant and Bar, Mamsha Al Saadiyat
Harlem Globetrotters are coming to Expo 2020 Dubai this October
New venue Urla brings coastal dining to the heart of Downtown Dubai
The Dubai Moonlight Classic is bringing carnival vibes to the city
6 cool things to do in Abu Dhabi this week: October 24 to 27
YOU SHOULD CHECK OUT
Our website uses cookies and other similar technologies to improve our site and your online experience. By continuing to use our website you consent to cookies being used. Read our privacy policy here.