Here's why you need to see Checkered Ninja this month

Sponsored: This movie is a box office record-breaking animation film, and you need to go and see it at Cinemacity…

If you’re looking for something new to watch at the cinema, you may want to consider Checkered Ninja – the box office record-breaking animation film releasing in cinemas this June.

Based on the best-selling novel by Danish author, Anders Matthesen, the Checkered Ninja follows the story of a sweet and clever boy named Aske, who is unfortunately bullied at school.

On his birthday he ends up receiving a toy – a doll – from his Uncle Stewart. While the ninja doll looks completely harmless – think button-eyed (literally) and small – unfortunately, it isn’t. The doll is alive and can walk and talk, and has some serious ninja skills.

It also has a traumatic past, one that Aske isn’t aware of just yet.

The audience is given a glance of the doll’s unique abilities in the very first scene of the movie during a murder scene that involved the death of a poor child factory worker. The cold-blooded murder causes the doll to gets possessed by a betrayed 500-year-old vengeful spirit. Rage fills its heart and he takes it upon himself to seek justice for the child factory worker that was killed. 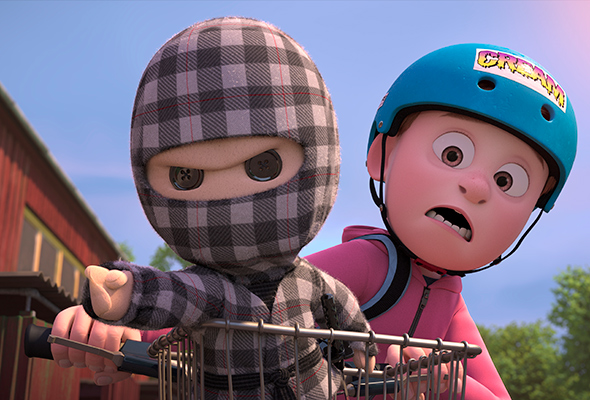 Once in the hands of teenage Aske, the little checkered ninja starts off by helping him tackle his bullies and get the attention of his crush, who happens to be the most popular girl in school.

While far from the usual ninja-style flick, the movie filled with positive infused messages, courage, character development, topped off with comedic moments that both adults and older children can enjoy.

Standard ticket price will cost you Dhs36.75 per person and the Checkered Ninja releases on Thursday, June 27, 2019. Book your tickets here.

Culture
Film
Things to do
EDITOR’S PICKS
What’s On Nightlife Awards 2021: Here are the nominees...
READ MORE
It's back! What's On Lock In returns to Media One Hotel
READ MORE
Arts and culture: 5 spots we can't wait to visit at Expo 2020 Dubai
READ MORE
UAE petrol prices are set to decrease in September 2021
READ MORE
MOST POPULAR
This green Abu Dhabi space will stage a pub garden with live music
Treat yourself with the ultimate comfort food at Denny's
8 spots to enjoy a free cup of coffee this weekend
It looks like Khalid and Lewis Capaldi are headlining the Abu Dhabi F1 concerts
Stunning mountain retreat Six Senses Zighy Bay is reopening in Oman
YOU SHOULD CHECK OUT
Our website uses cookies and other similar technologies to improve our site and your online experience. By continuing to use our website you consent to cookies being used. Read our privacy policy here.