Boxing champion Floyd Mayweather landed in the UAE last week and shared his first post with his 22.7 million followers stood outside the Burj Khalifa. He also shared stories from his adventures around Dubai, which have taken him to Habtoor City water-based show, La Perle and Ski Dubai. He also went to JBR where he won a giant unicorn at the fairground and gave it to a young girl.

British singer Craig David made a brief trip to Dubai for only 24 hours on Thursday June 20. The popstar was here to perform a secret gig at Barasti, where he took to the stage in front of a crowd of intrigued music fans. He proceed to play a string of his classic and recent hits, as part of Barasti’s House of Whatever summer tent activation.

Chef Akira Back was in town this weekend at his namesake restaurant in W Dubai – The Palm. The Michelin-starred chef was getting involved in the kitchen as well as posing for photos with his team at the Japanese restaurant.

Long-time Chelsea footballer John Terry and his wife Toni are on holiday in Dubai celebrating their anniversary. The pair braved the scorching heat to top up their tans at Burj Al Arab’s coveted terrace pool. The Terry’s also posed for a picture in front of the seven-star resort while dining at Jumeirah Al Naseem, they went on to have dinner at What’s On Restaurant of the Year, Il Borro Tuscan Bistro, where John captioned his story ‘the best food in Dubai’. We agree. 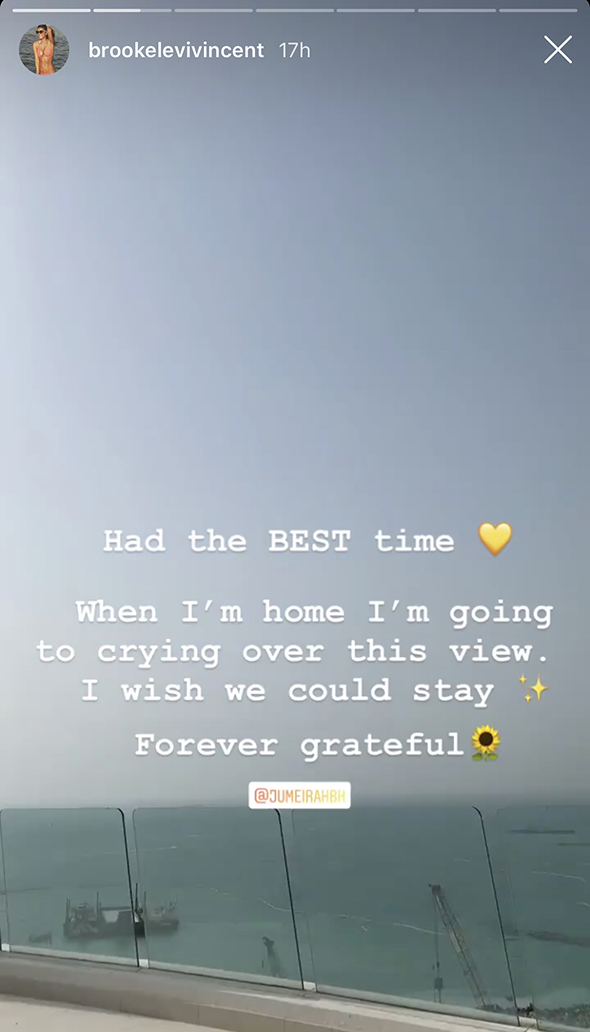 Coronation Street actress Brooke Vincent is in Dubai on her ‘babymoon’ with footballer boyfriend Kean Bryan. The couple have been making their way around Dubai’s top attractions including a performance at La Perle and watching the Dubai Fountain show. It looks like they are staying at Jumeirah Beach Hotel, where Brooke shared a story saying she’s ‘had the best time’.

90s pop fans were treated to a special performance at The Hideout this weekend as the girls of Liberty X took to the stage. Michelle Heaton shared snaps of herself enjoying the weather whilst chilling by the pool at Marina Byblos Hotel, where the gig took place.

Indian actress Kajal Aggarwal is in Dubai celebrating her 34th birthday. During her visit she encountered animals at Saif Belhasa’s farm, enjoyed a celebratory dinner and picked up a cake from Magnolia Bakery. The star shared videos of her trip to her 11 million Instagram followers.

Celebrities
News
EDITOR’S PICKS
What’s On Nightlife Awards 2021: Here are the nominees...
READ MORE
It's back! What's On Lock In returns to Media One Hotel
READ MORE
Arts and culture: 5 spots we can't wait to visit at Expo 2020 Dubai
READ MORE
UAE petrol prices are set to decrease in September 2021
READ MORE
MOST POPULAR
The London Project to open huge new venue with three exciting concepts
Head to Dubai Opera in October for the timeless music of Frank Sinatra
Coming soon: The hottest new bars, restaurants and beach clubs
La Mezcaleria Business Bay to reopen with new weekly events
Towards the next 50: Five transportation systems coming to the UAE
YOU SHOULD CHECK OUT
Our website uses cookies and other similar technologies to improve our site and your online experience. By continuing to use our website you consent to cookies being used. Read our privacy policy here.