Here in Dubai, we’re lucky to have a huge array of restaurants from all over the world to choose from. However for fans of Peruvian cuisine there’s not as many options. Peru-lovers can choose from Lima, COYA, or Waka, and that’s about it.

La Mar by Gastón Acurio, the go-to spot in Miami for Peruvian cuisine, will be making its way to Dubai very soon. The popular restaurant by acclaimed chef Gastón Acurio, is set to open in the Royal Atlantis Resort & Residences in late 2020.

Famed for his use of fresh ingredients and traditional Peruvian techniques, Gastón Acurio has over 50 restaurants around the world. Since 1989, Acurio has been making his mark in Latin and North America, but now it’s his time to branch out into the Middle East. 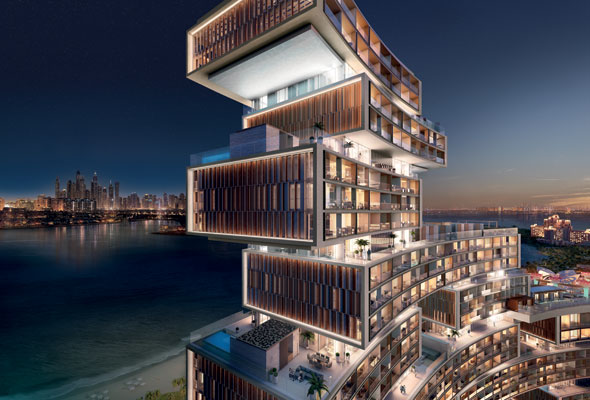 ALSO READ: 18 of the best Mexican and South American restaurants in Dubai

Gastón Acurio said, “Dubai is perhaps one of the cities with the greatest gastronomic activity in the world. The best restaurants and the most renowned chefs can be found in Dubai sharing their proposals and concepts with cosmopolitan diners who value and enjoy gastronomy as an activity that unites people and cultures.”

The new restaurant’s design will be inspired by a fisherman’s wharf with an open terrace overlooking views of Palm Jumeirah. The menu promises traditional Peruvian seafood dishes including Acurio’s signature Peruvian cebiche as well as popular Peruvian street food such as chicken thighs, veal heart and octopus in potato cream.

Acurio joins Costas Spiliadis, Ariana Bundy, Heston Blumenthal and Jose Andres, who have already announced their plans to open restaurants in the new five-star resort on the Palm Jumeirah.

Elsewhere, The Royal Atlantis Resort & Residences will feature over 90 swimming pools including a stunning rooftop infinity pool suspended 90 meters above The Palm, relaxing private beaches and further soon to be announced restaurants by award-winning celebrity chefs.

Eat & Drink
Staycations
EDITOR’S PICKS
Here's the full list of UAE public holidays in 2023
READ MORE
23 incredible things to look forward to in the UAE in 2023
READ MORE
Hidden gems: 10 UAE desert pop-ups to discover this winter
READ MORE
Where to travel in 2023: 10 new flight routes from the UAE
READ MORE
MOST POPULAR
With its unique decor, Dubai's La Nina restaurant evokes tales of distant travels
Reservations are now open for French restaurant Fouquet's Dubai
The colourful Sharjah Light Festival returns next week
Relive those cosy winter moments at Chalet 105 at Twiggy
There are some big road closures in Abu Dhabi this weekend
YOU SHOULD CHECK OUT
Our website uses cookies and other similar technologies to improve our site and your online experience. By continuing to use our website you consent to cookies being used. Read our privacy policy here.