Check out our handy guide to the latest movie releases coming out this week.

Whether you’re planning a trip to the cinema with the kids for some family-friendly laughs, or a catch up with friends that include a horror flick or the latest action-packed film, here are our top picks of the best films out in cinemas in Dubai this week.

You remember Annabelle? Well, of course, you will if you’ve watched the previous films. The possessed doll was last locked up in their artefacts room by paranormal investigators Ed and Lorraine to keep her from wreaking more havoc. Unfortunately, the doll awakens the room’s evil spirits, and it soon becomes an unholy night of terror for the couple’s 10-year-old daughter, her friends and their young baby sitter.

Beneath Anna Poliatova’s striking beauty lies a secret that will unleash her indelible strength and skill to become one of the world’s most feared government assassins. An electrifying thrill ride unfolding with propulsive energy, startling twists and breathtaking action.

Based on the best-selling novel by Danish author, Anders Matthesen, the Checkered Ninj follows the story of a bullied boy Aske, who ends up receiving a toy – a doll – from his Uncle Stewart on his birthday. While the ninja doll looks completely harmless, unfortunately, it isn’t. The doll at first tries to help Aske with his issues at school, but beneath it all lies a much darker motive. 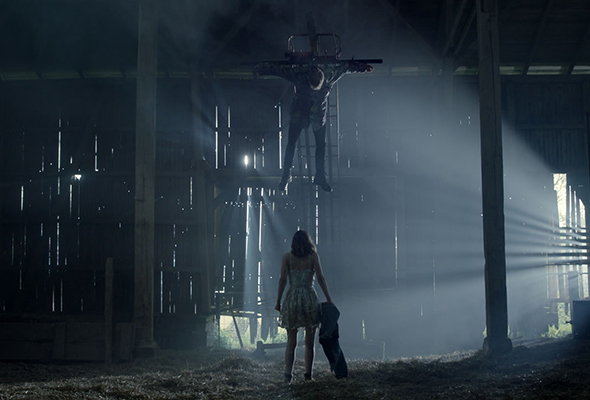 Hanna returns home to her little village after spending three years at boarding school. However, she soon learns that she is not welcomed back by her superstitious town. Everyone remembers the horrific news story about her mother’s death, which was followed by the discovery of three dead men in the marsh. Everyone in the village believes her mother was a witch that lured the men into the marsh directly to their death. While struggling to make friends, she meets extroverted city girl Eva and thinking she has finally found a friend, her confidence, and with that, her powers start to grow, and scary accidents begin to happen around her.

Imagine waking up and realizing that no one knows who The Beatles are. This is exactly what happens to Jack Malik, a struggling musician. He awakes one day in an alternate timeline and realizes he’s the only person on earth who can remember the famous English band.

Based on true events, Article 15 is set in Lalgoan, somewhere in Uttar Pradesh in India. It follows Ayan Ranjan, a police officer, fighting against India’s caste system. His life is turned upside down when during his first day in offic,e he is a witness to a horrific crime against three Dalit minor girls from a lower caste village Harimanpur. Ranjan is soon entangled between how the traditional system would deal with it, and his basic human instincts. With one of the three girls still being missing, Ayan need to choose between the path – the easy escape, or fight for what he truly believes in.

The Witch: Part 1. The Subversion

10 years ago, Ja-yoon escaped from a government facility in the midst of an inexplicable incident by herself and lost all her memory. An old couple takes the girl in even though she doesn’t know her name or age, and she grows up to be a bright high school student. She ends up entering a nationally televised audition program to win the top prize and help her struggling family out, but as soon as she does. strange people start appearing in her life-those who have been searching for her since her disappearance. The course of events ends up leading her into deeper troubles, ultimately revealing a darkness she could not have imagined.

Subtitles will be available in English

Mal-Mo-E: The Secret Mission is set in Seoul during the Japanese occupation of Korea, where the Korean language is banned from schools and is being replaced with Japanese. Kim Pan-Su, who was imprisoned several times during the Japanese occupation, is illiterate and does not know how to read or write Korean or any other language. He ends up meeting Jung-Hwan, a representative of the Korean Language society who wants help making a dictionary. At first, confused as to why words are more important than money, Pan-Su soon opens his eyes to the importance of his native language and with no time to lose, they must evade surveillance from the Japanese and finish the ‘Mal-mo-e’ dictionary.

Subtitles will be available in English

Culture
Film
EDITOR’S PICKS
Dubai hotels and restaurants to suspend entertainment until further notice
READ MORE
9 royal-approved Dubai restaurants
READ MORE
16 of the best beach bars in Dubai for sundowners
READ MORE
Where to get the Covid-19 vaccine in Dubai, Abu Dhabi and across the UAE
READ MORE
MOST POPULAR
8 of the best homegrown burger concepts in Dubai
Direct Etihad flights to Qatar from Abu Dhabi are inbound next week
Dubai Health Authority answers your questions regarding the vaccination
Expo Dubai 2020: What’s inside the Sustainability Pavilion?
Sheikh Hamdan launches project to renovate Al Fahidi Fort in Dubai
YOU SHOULD CHECK OUT
Our website uses cookies and other similar technologies to improve our site and your online experience. By continuing to use our website you consent to cookies being used. Read our privacy policy here.