What’s new on Netflix in the UAE this July

So many awesome things to watch on Netflix this summer!

Netflix is the ultimate go-to for a binge-worthy unwind, and we’ve selected some of the best new movies, TV shows, and documentaries to check out in July.

Many fans of Stranger Things will be relieved to know that the show isn’t cancelled! Yay! The kids from Hawkins, Indiana, will be back on Netflix on July 4, 2019, and will face yet another threat from the nightmare dimension known as the Upside Down. It’s clear that the Stranger Things kids are growing up, but the terrors of the Upside Down haven’t gone away. The new season will have eight episodes, and will also see the return of one of season two’s monsters with most of the action taking place at a new local mall. It apparently is also one of the grossest and brutal season yet.

Seasons 1 and 2 are currently still available to watch on Netflix.

Orange is the New Black (Season 7)

The most-watched Netflix original series is based on a book of the same name and follows the story of Piper Chapman, a privileged New Yorker who ends up in an all-female prison when a past crime catches up to her. Forced to trade power suits for prison orange, Chapman makes her way through the correctional system and adjusts to life behind bars, making friends with the many eccentric, unusual and unexpected people she meets. The seventh, and final ,season of Orange is the New Black is out on Netflix on July 26, 2019.

Season 1 to 6 are currently still available to watch on Netflix. 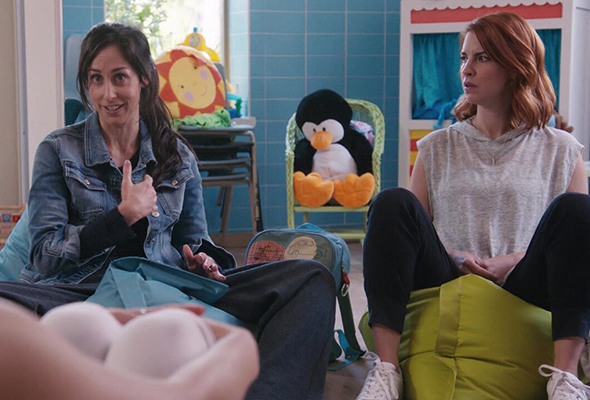 The second and third season of this Canadian sitcom have already aired in Canada but season two is dropping on Netflix on July 25. If you’re a mom who works as well, Working Moms is probably something you should catch on Netflix if you haven’t already. The show’s producer, Catherine Reitman who plays Kate Foster on the series, said that she wanted to offer up a more honest portrayal of motherhood on TV – and it’s safe to say that her idea worked as the show has mothers hooked. The show follows four moms in a mommy group as they juggle toddlers, aging, work-life balance and tough relationship issues.

Season 1 is currently still available to watch on Netflix.

Typewriter is a new Netflix original series by famed Indian director Sujoy Ghosh. The plot centres around a haunted house and a book that stir the imagination of a group of young, wannabe ghost hunters, and their dog. The team are determined to capture the ghost that plagues the notorious home in their neighbourhood in Goa. When a new family and their daughter move into the haunted home, the crew find it difficult to balance the demands of school and chores, with the renewed urgency to capture the ghost before it is too late.

The TV series is in Hindi but subtitles will be available in English.

Paul is an Emergency Room nurse with a pregnant wife who gets kidnapped and held as collateral. A phone call from the kidnapper forces Paul to team up with a badly injured career criminal and a murder suspect in order to get his wife and unborn child back.  The unlikely duo are pitted against rival gangs and a deadly ring of corrupt cops as they find a way to survive together in the fight of their lives. The gritty, action-packed thriller starring Anthony Mackie and Frank Grillo releases only on Netflix July 12, 2019. 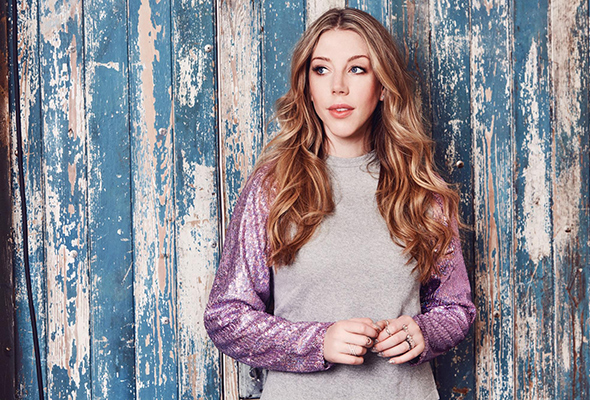 In need of some laughs this summer? Catch Katherine Ryan in her hour-long special premiering on July 1, 2019. The show is a follow-up to her 2017 special ‘In Trouble’ which is also still available on Netflix for your laughing pleasure. Fresh from a tour, comedian Katherine Ryan shares shrewd observations about school bullies, revenge bodies and raising a very fancy child.

Culture
Things to do
TV
EDITOR’S PICKS
UAE holiday dates announced for National Day
READ MORE
Emirates Dubai 7s is back: Here's why we're excited...
READ MORE
Tennis ace Andy Murray to play at Mubadala World Tennis Championship
READ MORE
UAE 50: Where to watch National Day fireworks in Dubai
READ MORE
MOST POPULAR
UAE confirms its first case of the Omicron variant
Alhosn Green Pass to only be valid for 14 days after negative PCR
20 of the best things to do in Abu Dhabi this long weekend: Part 2
First look: London-loved restaurant The Cinnamon Club opens in Dubai
Check out this amazing display at the world's highest outdoor infinity pool
YOU SHOULD CHECK OUT
Our website uses cookies and other similar technologies to improve our site and your online experience. By continuing to use our website you consent to cookies being used. Read our privacy policy here.