10 things to look forward to in Dubai this August

Live gigs, a Disney movie marathon, a new ladies’ night inside the Burj Khalifa and the first What’s On Lock In is here…

As we head into August we’re looking ahead to some of the best things to do in the city this month. From live performances from S Club 3, Westlife and The 1975 to new bars, new ladies’ nights and of course the first ever What’s On Lock In, we’re bringing you a guide to the best events happening this month.

Here’s 10 things to look forward to in Dubai this August. 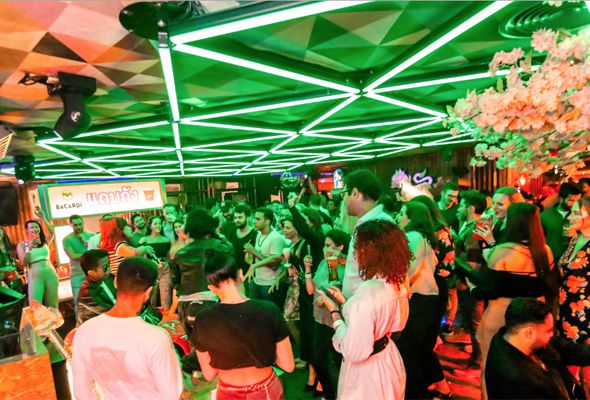 To celebrate their second birthday, Mr Miyagi’s at Media One are offering an array of top deals to keep you partying all day long on Friday August 2. As well as offering 50 per cent off everything on their food and drink menu from 12pm to 9pm, they’ll be running three servings of their Wok and Roll party brunch from 12pm to 3pm, 4pm to 7pm and 8pm to 11pm for a bargain Dhs199 – including bubbles. Of course, you can expect all the usual crowd karaoke, cabaret shows and a live DJ to have you hitting the dancefloor.

August 2: Throw it back with a live performance 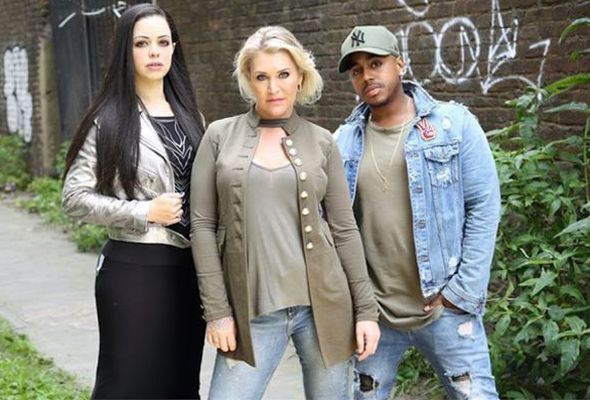 S Club 3 – made up of three members of the original S Club 7 – will take to the stage for the post-brunch party at the Dubai Marina party spot The Hideout on Friday August 2. Doors open at 4pm, and as well as offering free entry to all guests, there’s a brilliant drinks deal on offer. From 4pm to 8pm, guests can enjoy four hours of unlimited house drinks for Dhs200. S Club 3 members Bradley, Jo and Tina were three parts of the original group, who rose to fame with their catchy pop hits in the late 90s. When they take to the stage next month, fans can expect to her the trio perform their most popular songs including Never Had A Dream Come True, Reach and Don’t Stop Movin’.

Around August 10: Head away for an Eid getaway 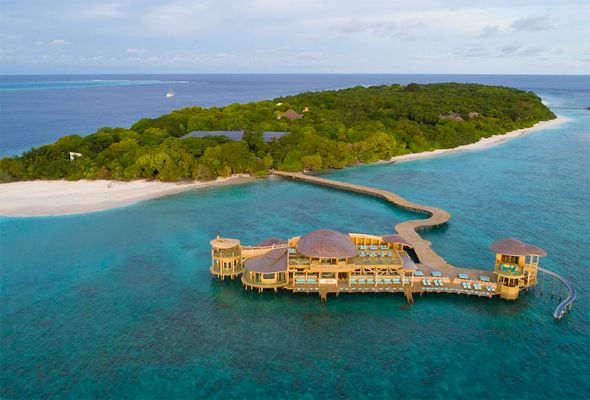 Eid Al Adha is likely to begin on Saturday August 10, and those who typically work Sunday to Thursday are set to enjoy a five-day weekend over Eid from Friday August 9. So, with an extra long weekend on the horizon, it’s the perfect time to book a last-minute getaway – and take advantage of some top deals too. Top of our travel lust-list is Soneva Fushi in the Maldives, who are offering a five-day program of exciting Eid activities, as well as some top discounts for travellers. From August 1 to 31, when you book a four night getaway at the luxury Robinson-crusoe inspired property, you’ll only pay for three nights, or book a seven night holiday and you’ll only pay for five nights. There are also added benefits such as a complimentary 50 minute spa treatment and sunset dolphin cruise on the four-night package, and 50 per cent off seaplane transfers when you book the seven night package. Use the code TSFME219 when booking. 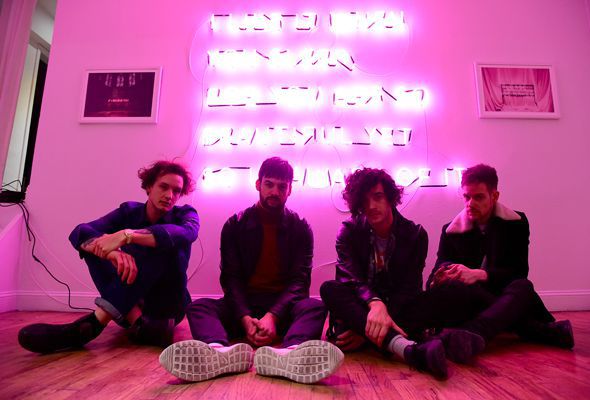 August 15: Get wet & wild at an emoji-themed waterpark party 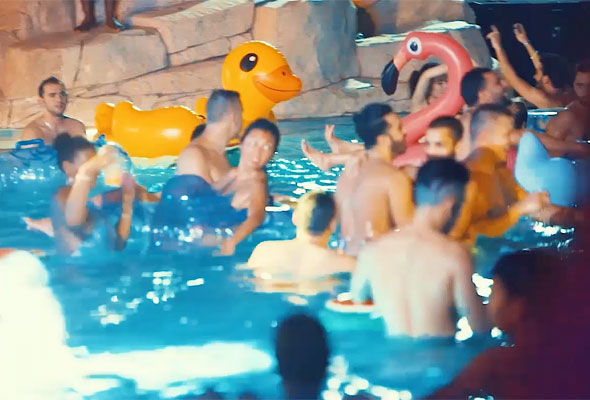 Dust off that unicorn pool float – Aquaventure Waterpark’s evening pool party is back on Thursday August 15 at Atlantis The Palm. Atlantis’ famous waterpark is set to come alive at night next month with two DJ zones, energetic fire and laser shows, huge emoji inflatables and over Dhs50,000 in prizes up for grabs. The pool party will run from 8pm to 12am and early bird tickets are currently available online with 40 percent off, so you can get yours for Dhs149 if you book soon.

August 15 to 30: Rewatch all your favourite Disney movies

This summer, Dubai Opera is showing a line-up of Disney’s greatest hits from August 15 to August 30. Across the two weeks, Dubai Opera will show no less than 48 films, celebrating animated and live action titles from all decades. This mega movie marathon will show four different films each day, at 9.30am, 1pm, 4.30pm and 8pm. The incredible movie list includes classics such as The Little Mermaid, Lady and the Tramp, Mary Poppins, Peter Pan, Cinderella, Bedknobs And Broomsticks, The Aristocats, Honey I Shrunk the Kids and many more. 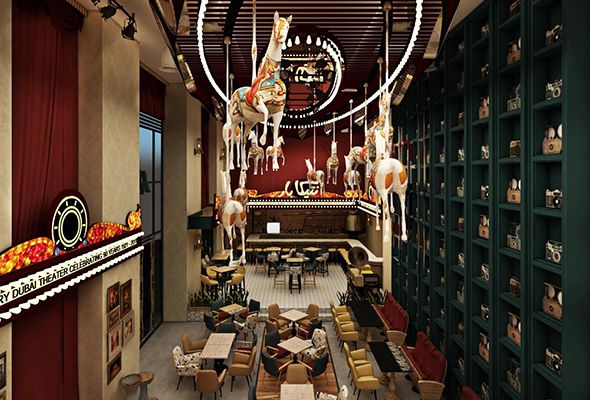 Antika Bar will be opening its doors in DIFC in August and taking the spot of much-loved Sass Café, which closed in May 2018. Found on level one of Al Fattan Currency House, the new bar is expected to have a completely new look compared to the previous tenants. Inspired by the hidden theatres of 1950’s Lebanon, Antika Bar will have comfortable plush seating, with quirky antique decorations and a stage in the centre of the restaurant. There will be a big focus on live entertainment, as well as a weekly schedule of exciting events, including two weekly brunches and a ladies’ night.

From August 20: Enjoy a seven hour ladies’ night for Dhs200 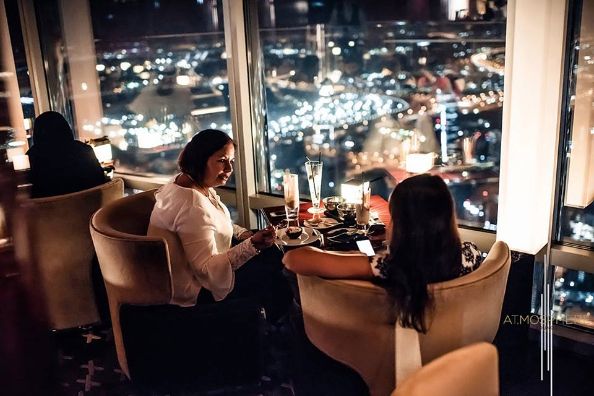 Fancy taking your Dubai ladies’ night up a notch? A brand new ladies’ night is launching on Tuesday August 20 at Atmosphere in the Burj Khalifa. Taking Dubai’s party scene 122 levels up, the new night is brought to you by Secret Parties, and there’s seven hours of unlimited drinks up for grabs for the girls, with packages starting from Dhs200. The new Secret Parties event will run from 9pm to 12am, and included in the Dhs200 price for ladies is free flowing sparkling wine and a selection of bites. Or, upgrade to the Dhs300 package and you’ll also get bespoke cocktails and house drinks included. From 12am, all guests are then invited to head down to Armani Prive, where there’s unlimited drinks for ladies until 4am.

August 23 and 24: Enjoy a mega staycation at the first ever What’s On Lock In

You’re invited to the first ever What’s On Lock In: an epic, weekend-long summer party taking place from Friday August 23 to Saturday August 24. And because we want you to enjoy Dubai in the best possible way – pool parties, brunch extravaganzas, epic staycations and summer libations – we’re taking over the uber-cool Studio One Hotel at an unbeatable price.For Dhs699 for two, Tickets include early check in, a one-night stay at Studio One Hotel, TEPfactor fun, limited hair and nail services and massages, VitaDrip®infusions by The Elixir Clinic, all-inclusive Friday lunch at The Maine Street Eatery or Larte, five drinks at The Irish Village, five drinks at BOHO, yoga activities, breakfast at Larte, lunch at Mr Miyagi’s  or El Chapo’s Tacos, all day pool access, oh, and late check out.

What’s On Lock In, Studio One Hotel, from 10am Friday August 23 to 5pm Saturday August 24, Dhs699 per room per couple. For more details, visit WhatsOn.ae/Lock-In or book your tickets here.

August 29: Sing along as Westlife take to the stage

Irish boyband Westlife will take to the stage at the Coca-Cola Arena in City Walk on Thursday August 29 as part of their 20th Anniversary tour. Westlife first broke into the harts with their debut single, Swear It Again, and went on to have a string of hits including What Makes A Man, World of Our Own and Flying Without Wings.

Best of
Things to do
EDITOR’S PICKS
Ramadan in Dubai: 50 iftars to try
READ MORE
Where can Dubai residents travel? Check out these 14 destinations
READ MORE
Rumours, facts and reveals: New Abu Dhabi bars and restaurants
READ MORE
UAE announces reduced working hours for Ramadan 2021
READ MORE
MOST POPULAR
Looking for a long stay in a popular Dubai location? Check out Hilton Dubai The Walk...
Review: Is The Orangery your favourite new date night spot?
Deals and discounts: It's all about the ladies on Tuesdays at La Mer
Here's how you could win Dhs50 million this Eid weekend
What's On's epic Lock In staycation is returning to Dubai this month
YOU SHOULD CHECK OUT
Our website uses cookies and other similar technologies to improve our site and your online experience. By continuing to use our website you consent to cookies being used. Read our privacy policy here.