A sixties tribute show is coming to the QE2 this month

Nightlife
Theatre
Things to do

Dust off your flares and platform boots, we’re going back to the 60’s…

You might have Heard it Through the Grapevine, but it’s true. The Revolvers will be performing their iconic show ‘Sound of the Sixties’ at Theatre by QE2 for three nights of epic sixties covers. Feel the Good Vibrations on July 24, 25 and 26 and enjoy as the Beatles lookalikes take you through the joyous decade.

Some of you might have Suspicious Minds about who you’re going to see, but The Revolvers have played over 1,500 concerts worldwide. Hearing live covers of hits songs by legendary bands such as Small Faces, The Kinks, The Beatles, The Who, Spencer Davis Group, The Rolling Stones and many more, is guaranteed to have you Dancing In The Street. 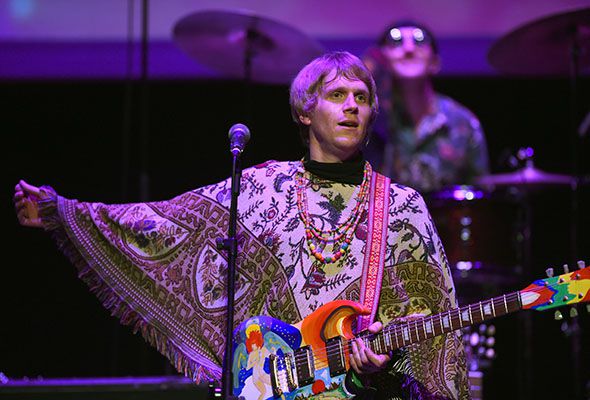 Beyond the music, you can expect an energetic show throughout and authentic costumes to take you right back to the classic era. Perfect for a group night out, birthday celebration, date night, or just a change from the norm, you’re guaranteed to have an unforgettable night.

On Wednesday July 24 and Thursday July 25, you’ll be able to catch the show on its own from Dhs180. On Friday July 26 there’s a special supper club where you can enjoy dinner, drinks and the show from the comfort of your table starting from Dhs395. The supper club is inclusive of a three-course meal and house beverages, and tickets are ranked according to seating allocation.

Doors open at 7.30pm on Wednesday 24 and Thursday 25, with the show beginning at 8pm sharp. The supper club starts at 9pm and continues until midnight, after which the party continues with a DJ and cash bar until 2am.

Nightlife
Theatre
Things to do
EDITOR’S PICKS
Ramadan in Dubai: 38 iftars to try
READ MORE
Where can Dubai residents travel? Check out these 14 destinations
READ MORE
Rumours, facts and reveals: New Abu Dhabi bars and restaurants
READ MORE
UAE announces reduced working hours for Ramadan 2021
READ MORE
MOST POPULAR
Layali Ramadan: BIG sales on shopping, stays and dining in Abu Dhabi
A cool vegan restaurant is now open in a villa in Jumeirah
Brunch & Cake launches beautiful Ramadan-themed desserts
UAE weather: Get ready for temperatures to reach 48°C this Ramadan
Step into spring with these stunning floral restaurants
YOU SHOULD CHECK OUT
Our website uses cookies and other similar technologies to improve our site and your online experience. By continuing to use our website you consent to cookies being used. Read our privacy policy here.