Foodies in Studio City, it’s here to ‘wok’ your world…

Fans of the wildly successful Mr Miyagi’s have a new hotspot to check, out as a second Dubai outpost is now open in Dubai’s Studio City.

Found in the recently opened Studio One Hotel, the venue is promising all the best bits from its Media City outlet at its Studio City location, and we headed down to have a look around. 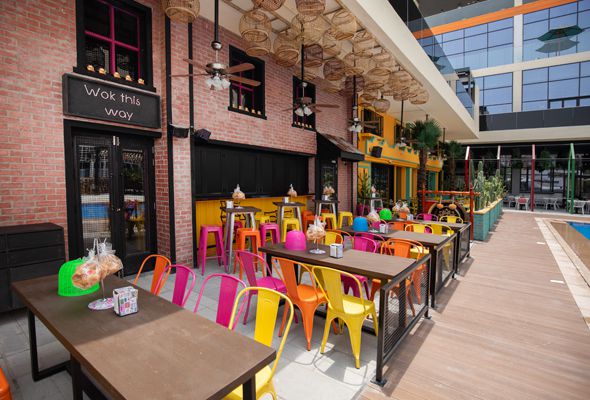 The signature wow-worthy furnishings hit you before you enter the restaurant, with the familiar vibrant hued barstools lining the outdoor terrace that overlooks the hotel pool. 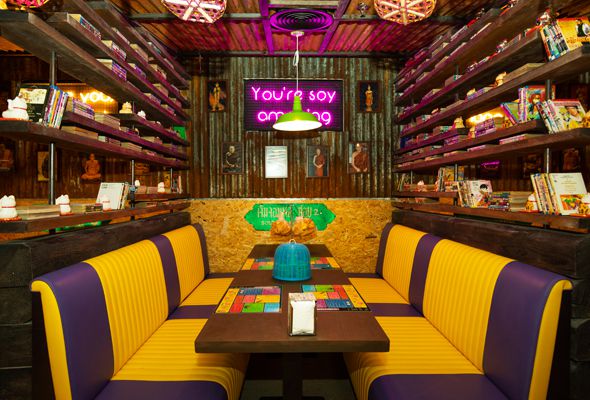 Interiors are just as striking once you enter the restaurant and include neon signs, funky furniture and a kaleidoscope of coloured booths. 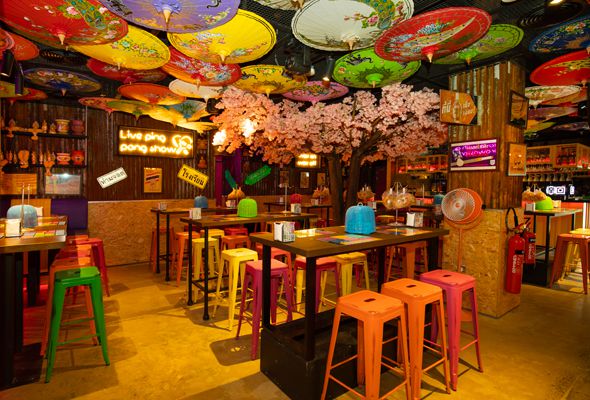 Open daily from 12pm, guests can expect a strong focus on the food, with a menu of classic Asian street food that includes their signature dynamite shrimp and pad Thai. 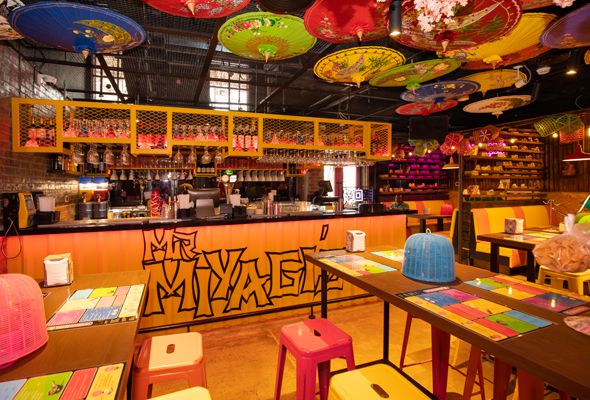 As with the original Mr Miyagi’s, guests can expect an array of experimental drinks served up in soup tins, fresh coconuts and of course their signature buckets, with a focus on fruity, tropical mixes set to transport you straight to the streets of Thailand.

Their award-winning ladies’ night will also be making its way to Mr Miyagi’s at Studio One Hotel, offer two dishes and three drinks for ladies for Dhs99 every Tuesday. Guys can get in on the action too, with a two dishes and a drink priced at Dhs99. Of course, a night at Mr Miyagi’s would be incomplete without lively games and plenty of karaoke. 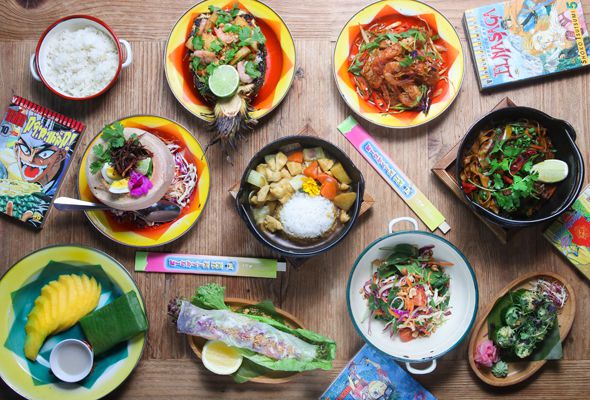 The venue is also promising a brand new cabaret quiz in the coming months, perfect for a mid-week night out. 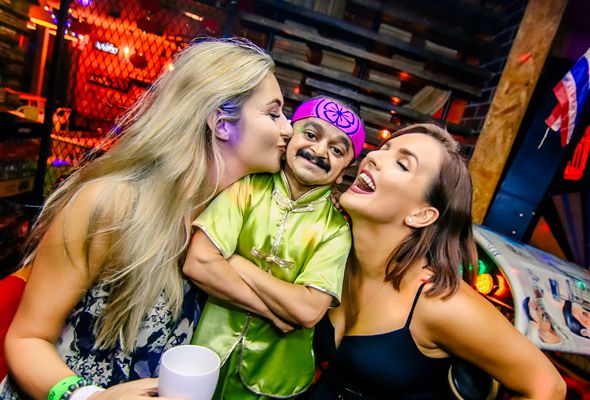 And while the second serving celebrates opening this weekend, the original venue is throwing a mega second birthday party next weekend on Friday August 2. As well as offering 50 per cent off the entire menu from opening until 9pm, they’ll be throwing three mega party brunches from 12pm to 3pm, 4pm to 7pm and 8pm to 11pm, priced at just Dhs199 per person including bubbles.

Eat & Drink
EDITOR’S PICKS
13 Sheikh Hamdan-approved restaurants in Dubai
READ MORE
Dubai brunches temporarily banned in new preventative measures
READ MORE
12 upcoming Dubai mega-projects we can't wait for
READ MORE
16 of the best beach bars in Dubai for sundowners
READ MORE
MOST POPULAR
Ladies, here's how you can win a chance to showcase your talent at Radisson Red
Dubai influencers must now declare free gifts to UAE tax authority
Wit woo: Check out Boomah, Abu Dhabi's first owl cafe
This stunning new restaurant brings Australia to Dubai
There's a dry night in Dubai coming up this week
YOU SHOULD CHECK OUT
Our website uses cookies and other similar technologies to improve our site and your online experience. By continuing to use our website you consent to cookies being used. Read our privacy policy here.