What’s new on Netflix in the UAE this August

So many awesome things to watch on Netflix this summer!

Netflix is the ultimate go-to for a binge-worthy unwind, and we’ve selected some of the best new movies and TV shows for you to check out in August.

Dear White People is based on the 2014 film of the same name and is a comedy-drama television series that follows several black college students at Winchester University – an Ivy League institution. They touch on issues surrounding modern American race relations using an on-campus radio station. If you haven’t seen season 1 and 2, spoilers ahead! Season 2 concluded with two characters being specially selected by a secret society known as The Order X that they can either clash with or join. Little is known about this secret order, but it could be taking inspiration from famous human rights activist Malcolm X. Was the order created by Malcolm or was it created in his honor after his assassination in 1965? Guess we’ll know soon.

Dear White People seasons 1 and 2 are currently available on Netflix.

The Gorgeous Ladies of Wrestling (GLOW, get it?) returns to Netflix this August for its third season. Season one and two of the half hour dramedy features a scripted show, GLOW (yes, it’s a show within a show) with actresses who are playing wrestlers. Spoilers ahead! During the finale of season two, the ladies learn that GLOW is getting cancelled, which leads to the decision to take the show on the road to Las Vegas to establish a residency and this is where season three will pick up. Fan of wrestling or not, this show is one you need to watch.

GLOW seasons 1 and 2 are currently available on Netflix.

News of Sacred Games season 2 dropped at the end of 2018 and its finally here! The Netflix Original series is based on the best-selling novel Sacred Games by Vikram Chandra is set in Mumbai, and explores the corrupt underworld lurking beneath India’s economic renaissance. Season 1 of this epic series followed police officer, Sartaj Singh, who was given an anonymous tip to capture a powerful criminal. As the stakes mount, it becomes clear that he’s now part of a much larger scenario, one that expands beyond his city. With the trailer for Scared Games seasons two dropping hints at a massive attack planned, one thing is clear – the game’s bigger, the stakes are higher, and the players are ready.

Diagnosis is not another medical drama, so don’t let the title fool you. Diagnosis (season 1) is an interesting docu-series that follows the medical cases of individuals suffering from mysterious illnesses and their road to recovery. It is based on physician, Dr. Lisa Sanders’ popular column in The New York Times Magazine, about patients with mysterious symptoms. Using the power of the internet, social media, and established medical expertise, each case is untangled with illuminating new insights that had previously eluded doctors. You may need to keep the tissue box close at hand for this one. 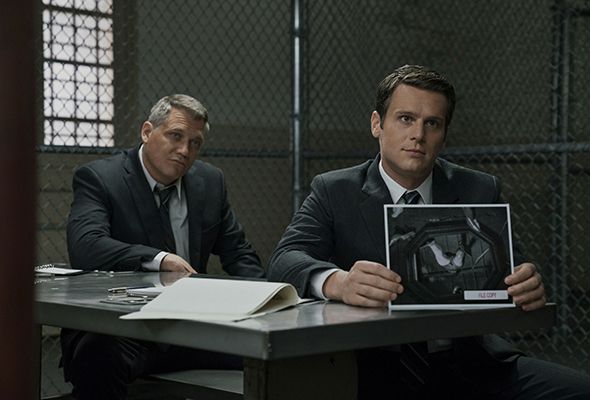 Mindhunter fans, after two years, the wait is finally over. The crime thriller series which was renewed for a second season back in 2017, is based on the true crime book Mindhunter: Inside the FBI’s Elite Serial Crime Unit written by John E. Douglas and Mark Olshaker. Season 1 of Mindhunter followed two FBI agents named Holden Ford and Bill Tench during the 1970s as they pioneered the field of criminal psychology and profiling by interviewing a slew of serial killers. While, unfortunately there’s no trailer yet (we’re hoping it will drop any day now), we do know that Season 2 will cover the Atlanta child murders — a series of at least 28 murders of mostly children and teens, all African-American, that took place in the Georgia capital from 1979 to 1981. Better catch up on your sleep now, because it will be back to disturbing and sleepless nights once August 16th hits.

This breathtaking series is a prequel to the The Dark Crystal, a 1982 puppet animated dark fantasy adventure film directed by Jim Henson and Frank Oz. The show will take place many years before the events of the original, and follow three young Gelflings as they try to save their world after they discover the truth behind evil Skeksis’ power. Good to note that what makes this series look so beautiful is that there’s no CGI (computer-generated imagery). Everything is created using puppets and animatronics, and everything is hand-sculpted and hand-painted. There will be ten episodes and the series will explore the world of Thra created for the original film.

You don’t need to watch the 1982 film The Dark Crystal for this, but it is available on Netflix.

Three best friends, who also happen to be mothers of grown up boys, decide to take matters into their own hands when all they receive is a text for Mother’s Day. Together, they hatch a plan to drive to New York together to surprise their boys. In the process, they realize their sons are not the only ones whose lives need to change. The journey to NYC to catch up with their sons becomes a journey of rediscovery that forces these women to redefine their relationships with not only their children, but their friends, spouses and most importantly, themselves. 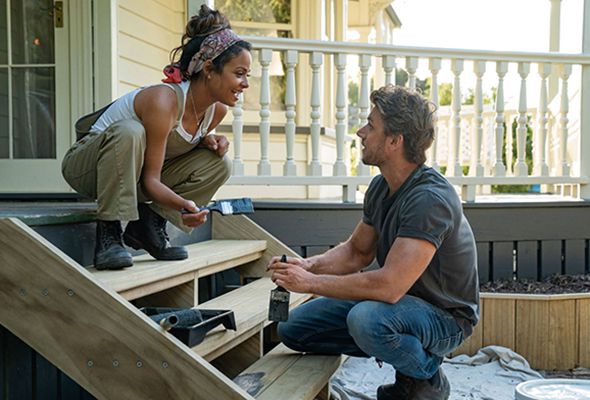 If you want to catch a good romance flick on Netflix this month, check out Falling Inn Love. The movie follows the story of city girl and corporate executive, Gabriela, who spontaneously enters a contest and wins a rustic New Zealand inn. However, the inn isn’t in the best of shape so she teams up with bighearted contractor, and shall we add handsome, Jake Taylor, to help her fix it up. It’s the perfect setting for a great romance.

Culture
Things to do
TV
EDITOR’S PICKS
Here's the full list of UAE public holidays in 2023
READ MORE
23 incredible things to look forward to in the UAE in 2023
READ MORE
Hidden gems: 10 UAE desert pop-ups to discover this winter
READ MORE
Where to travel in 2023: 10 new flight routes from the UAE
READ MORE
MOST POPULAR
26 of Dubai's best beachfront restaurants
8 wonderful things to do in Dubai this week: Feb 6 to 9
Where to go to get your Al Baik fix in the UAE
Reset and recharge with a relaxing staycation at this stunning Dubai hotel
The most expensive apartment in Dubai just sold for Dhs410 million
YOU SHOULD CHECK OUT
Our website uses cookies and other similar technologies to improve our site and your online experience. By continuing to use our website you consent to cookies being used. Read our privacy policy here.