You can now legally rent e-scooters in Abu Dhabi

Currently there’s no word on whether Dubai will follow suit…

Earlier in the year, the UAE placed regulations against the rental of e-scooters in the country. Several businesses who had launched e-scooter rental services in Dubai were required to cease operation with immediate effect and since then the question of their return remained a mystery, until now.

Abu Dhabi’s governing body for transport, Integrated Transport Centre (ITC), announced on Wednesday July 31 that residents and visitors can now legally rent e-scooters in the capital, on a six to 12 month trial basis.

The scooters should travel no faster than 20 kilometres per hour, and should only be ridden pedestrian and cycle paths on Corniche and Khalifa Street. Many UAE residents favour the mode of transport as an eco-friendly alternative to cars and ITC hopes the move will cut congestion in the capital. 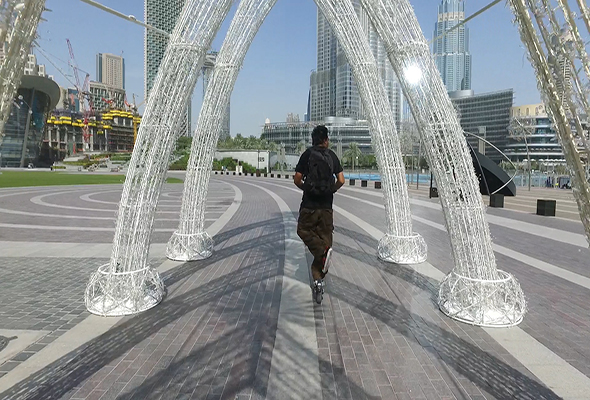 ALSO READ: It looks like new regulations are coming for electric scooters in Dubai

So, what about Dubai?

In Dubai, there has been no word yet from the Roads and Transport Authority (RTA) to update residents on the rules in Dubai. RTA previously placed a temporary ban so that it could study the technology, reduce the threat to pedestrians, and eventually introduce new laws governing the form of transport.

In a statement in March, RTA said they were: “currently considering the technical and legislative requirements to allow the operation of electric scooters in addition to the conditions and commitment of scooter drivers”.

The ITC have given the all-clear for rental companies to register with them and begin to offer e-scooter rentals, once the relevant permits have been obtained. It mentioned that the cost should be “nominal” for the user, but did not specify prices.

For now we’ll have to wait to hear from RTA on Dubai’s final decision, as to whether e-scooter rental will become available in Dubai again. We’ll keep you posted when we find out more.

News
Transport
UAE law
EDITOR’S PICKS
Here's the full list of UAE public holidays in 2023
READ MORE
23 incredible things to look forward to in the UAE in 2023
READ MORE
Hidden gems: 10 UAE desert pop-ups to discover this winter
READ MORE
Where to travel in 2023: 10 new flight routes from the UAE
READ MORE
MOST POPULAR
8 wonderful things to do in Dubai this week: Feb 6 to 9
Where to go to get your Al Baik fix in the UAE
Reset and recharge with a relaxing staycation at this stunning Dubai hotel
The most expensive apartment in Dubai just sold for Dhs410 million
Here are 4 luscious new coffee spots to try on your next trip to Hatta
YOU SHOULD CHECK OUT
Our website uses cookies and other similar technologies to improve our site and your online experience. By continuing to use our website you consent to cookies being used. Read our privacy policy here.