10 of the best chicken wing deals in Dubai

Got a craving for a big bucket of wings? With the Premier League well under way and the Rugby World Cup due to start on September 20, you’ll be looking for somewhere to fuel up while you catch the big matches.

And what’s the perfect pairing to an afternoon of sport? A fully loaded bucket of chicken wings.

Whether you like them sweet and smokey or hot and spicy, here are 7 of the best chicken wing deals in Dubai that are sure to have you flying to these hotspots. 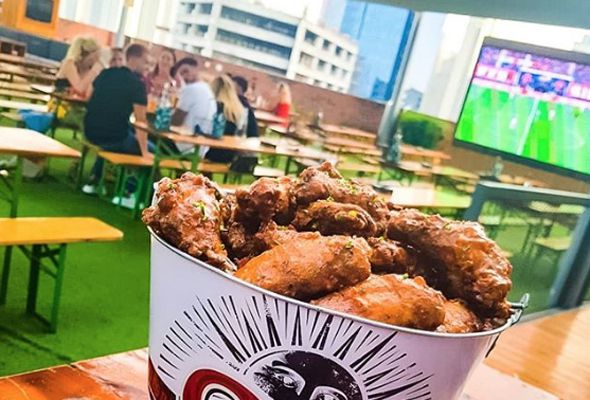 For total pub garden vibes, head to Garden on 8, where their undercover terrace comes complete with wooden benches, brick walls and even fake grass. As part of their ‘fatty hour’ (yes, you read that correct), which run from 11pm to 12am, they serve up a beasty 2.5kg bucket of chicken wings from Dhs199. Choose between smokey, BBQ or Louisiana.

ALSO READ: 15 awesome things to do in Dubai this weekend 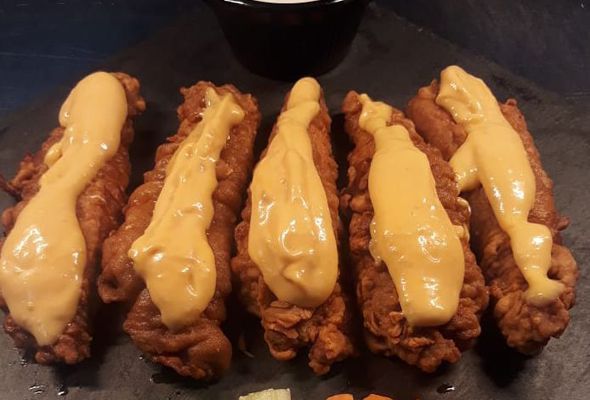 Up for an all-you-can eat challenge? The aptly named Wingsters offer up just that every Monday from 6pm to 10pm where you can chow down on as many wings as you can for Dhs89. If that’s not enough, there’s 22 sauces to choose from. Mmmm. 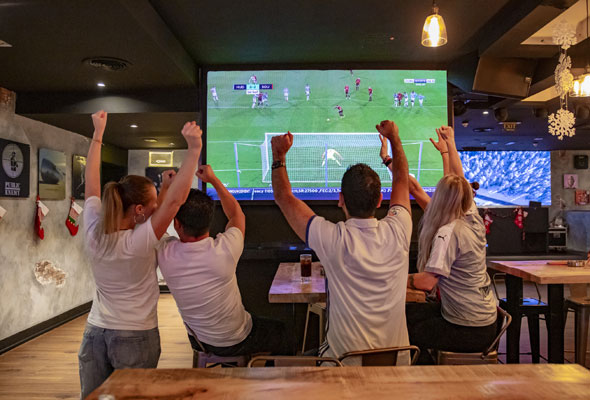 In their brand new ‘Sports on Screens’ deal, whenever The Hideout are showing the sport on their MASSIVE screens (which is pretty much every day of the week) they’ll serve up a portion of chicken wings and a bottle of beer for Dhs45. 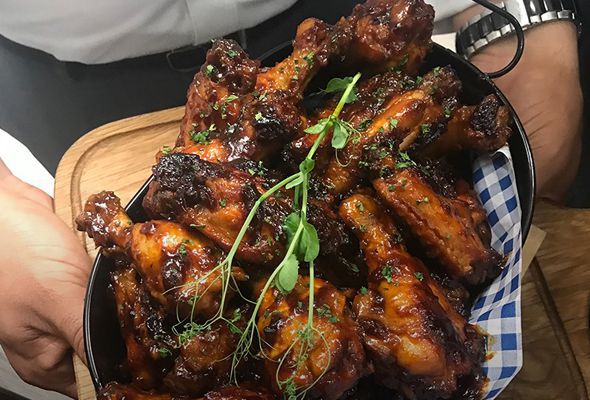 This sports bar in Dubai Marina have a challenge for you, should you choose to accept. On Mondays, if you manage to finish a 1.5kg bucket of wings and a litre and a half of beer in 20 minutes, then the Dhs195 meal is on them. Fail to succeed and you’ll have to foot the bill yourself. While they have another spot Downtown, the wing deal is just at the Marina location. 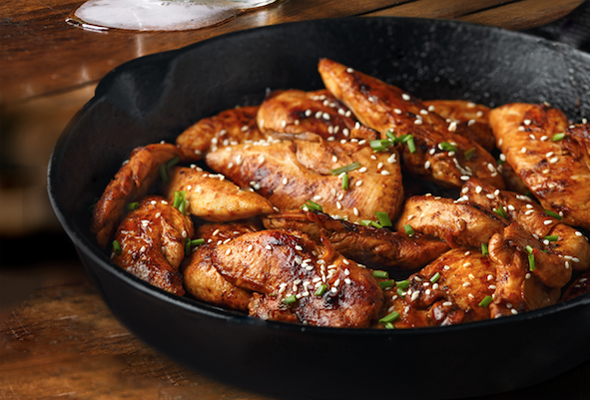 Does unlimited wings and unlimited beer sound like your idea of heaven? Well, the Rose & Crown are offering up just that every single Monday for Dhs150. The deal is valid for two hours and is available on a selected beer only. 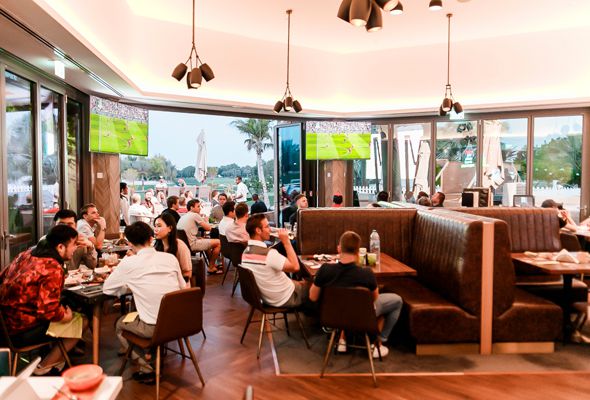 Looking to catch one of the big sporting games? With the Premier League already running and the Rugby World Cup starting on September 20, there’s many hours to be spent down your local sports bar. Every Saturday you can avail four bottles of beer and a portion of chicken wings for Dhs169 at Emirates Golf Club sports bar, Spike. 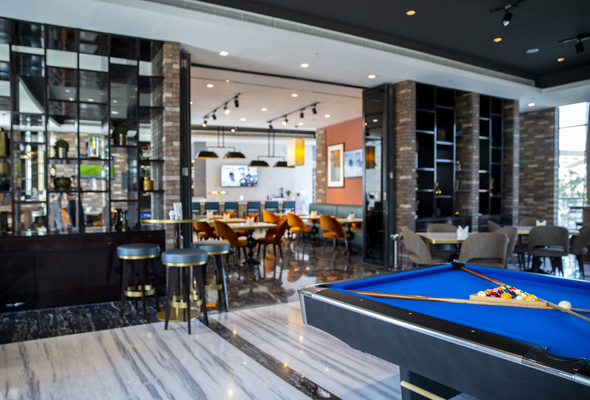 Family-friendly, Stoke House have loads of deals for you to tuck into throughout the week. Pick the wings (Dhs49) from their bar bites menu and wash them down with house drinks from the daily happy hour from 4pm to 6pm. 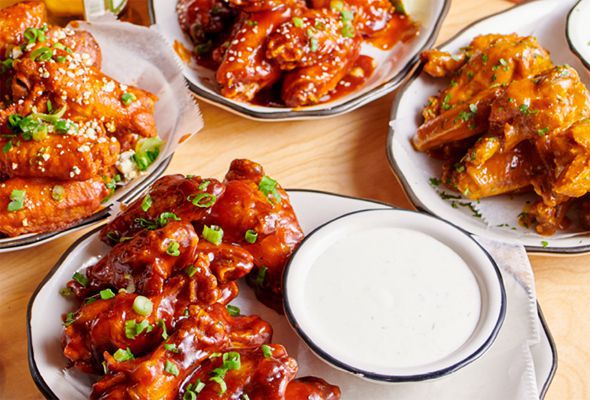 While they’re primarily known for their Instagrammable freakshakes and loaded burgers, Black Tap give a nod to the humble chicken wing in a very big way. Load up on twenty four pieces of chicken wings for a wallet-friendly Dhs125. Flavours available include Texas, Carolina, Korean BBQ or Mexican hot sauce. 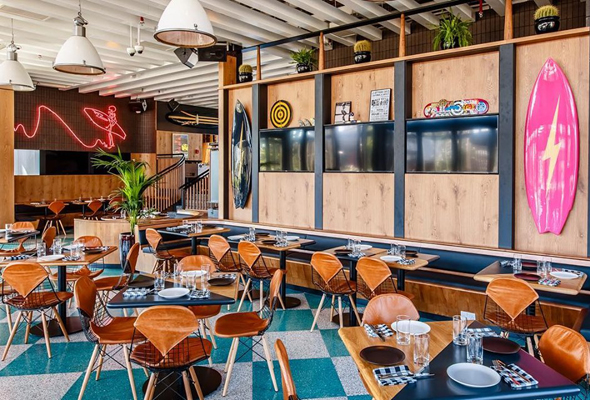 All-American bar in La Mer, Stars ‘N’ Bars have you covered for the Premier League season with their wallet-friendly daily wings deal. Available only when the football is on, you can get a serving of chicken wings and a pint for Dhs59. 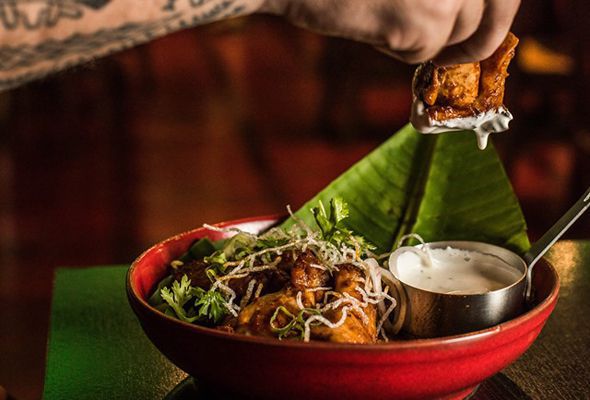 Think you’ve got it in you to take on unlimited wings? English-style pub Harvesters are offering up just that every Wednesday from 8pm to 11pm, washed down with a bottle of beer for Dhs100.

Eat & Drink
EDITOR’S PICKS
Ramadan in Dubai: 50 iftars to try
READ MORE
Where can Dubai residents travel? Check out these 14 destinations
READ MORE
Rumours, facts and reveals: New Abu Dhabi bars and restaurants
READ MORE
UAE announces reduced working hours for Ramadan 2021
READ MORE
MOST POPULAR
Torno Subito's new lunch menu offers a quick mid-week vacation
It's official: Eid Al Fitr will start on Thursday May 13
Looking for a long stay in a popular Dubai location? Check out Hilton Dubai The Walk...
Review: Is The Orangery your favourite new date night spot?
Deals and discounts: It's all about the ladies on Tuesdays at La Mer
YOU SHOULD CHECK OUT
Our website uses cookies and other similar technologies to improve our site and your online experience. By continuing to use our website you consent to cookies being used. Read our privacy policy here.