It’s known as a popular fried chicken and waffle house in America, and UAE residents can look forward to dining at Sweet Chick sometime in the near future, as Dubai-based Sunset Hospitality have confirmed they have acquired the license to operate the restaurant in the Middle East.

While we’re not sure yet of when or where the UAE branch will open, we think it looks likely to be in 2020, following the opening of the firs UK branch in London this Autumn and another one in Birmingham in April 2020.

The cult South-American restaurant started out in Brooklyn, New York back in 2013 with backing from American rapper, Nas. Sweet Chick boasts a host of celebrity fans, no less than 128k followers on Instagram and currently operates four branches in the New York area and one in LA. 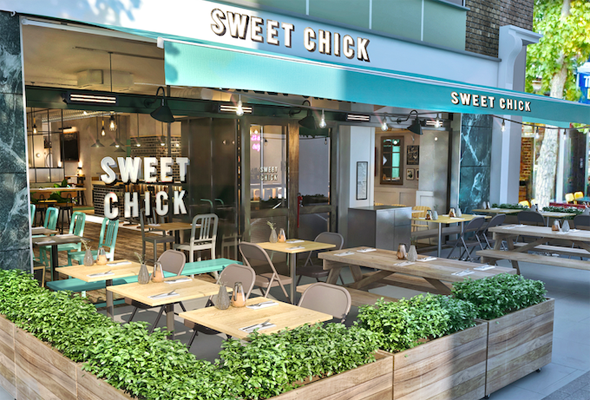 Southern-inspired classic Sweet Chick dishes at the London Branch will include biscuits and gravy, shrimps and grits and everyone’s favourite indulgence, mac ‘n’ cheese, but their speciality will of course be the famous fried chicken and waffles.

We had a peek at the American branches’ menus to see what we could look forward to (we know – we’re hungry) and it looks like there’ll also be some breakfast and brunch classics featured on the menu like eggs benedict and a twist on the mighty breakfast burrito.

Alongside the mouth-watering main selections, they also serve all-American desserts like a donut ice cream sandwich or pie specials, along with some signature cocktails – so we’re sure we can expect something similar for the UAE opening.

Is it too soon to start thinking about what we’re going to order?

Eat & Drink
Restaurants
EDITOR’S PICKS
Dubai hotels and restaurants to suspend entertainment until further notice
READ MORE
9 royal-approved Dubai restaurants
READ MORE
16 of the best beach bars in Dubai for sundowners
READ MORE
Where to get the Covid-19 vaccine in Dubai, Abu Dhabi and across the UAE
READ MORE
MOST POPULAR
Dubai announces new restrictions on restaurants, gyms, weddings and social events
8 of the best homegrown burger concepts in Dubai
Direct Etihad flights to Qatar from Abu Dhabi are inbound next week
Dubai Health Authority answers your questions regarding the vaccination
Expo Dubai 2020: What’s inside the Sustainability Pavilion?
YOU SHOULD CHECK OUT
Our website uses cookies and other similar technologies to improve our site and your online experience. By continuing to use our website you consent to cookies being used. Read our privacy policy here.