3 things we learned from Achieve the Unimaginable with Tony Robbins

Whether you’re working towards a goal or just want to live a more fulfilled life, these are the basic steps you should follow to succeed…

He’s the motivation mogul who’s helped some of the most famous people in the world achieve their goals, working with everyone from Mother Theresa, to Bill Clinton and Princess Diana. And in Dubai yesterday, Tuesday September 3, Tony Robbins held his first seminar in the city offering a condensed version of his four-day programme: Achieve the Unimaginable.

If you didn’t make it to the event, here’s three things we took away from Tony Robbins’ seminar. 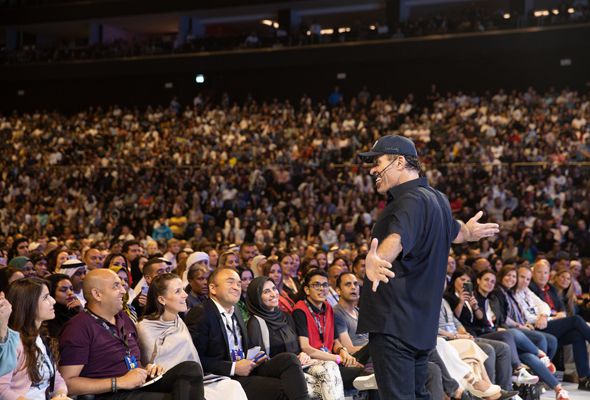 Tony Robbins is a huge fan of Dubai, referring to it as “one of the finest cities on Earth”. The self-proclaimed “Success Strategist” estimated that this was his seventh or eighth visit to the emirate, explaining that he ‘often brings people to Dubai to show them what’s possible’.

He praised the UAE leaders for their resourcefulness, highlighting that in life many people blame their failure on a lack of resources but in order to be successful what you need is resourcefulness.

The lesson: Not having enough time, money, technology or energy is not an excuse. Emotion is the ultimate resource so if you have creativity, commitment, compassion and vision, you will reach your goals.

2. He can make a crowd go more wild than any DJ or pop star 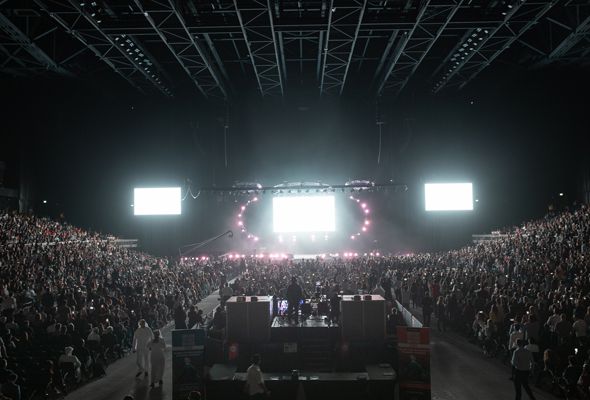 The Coca-Cola Arena has already seen performances from Maroon 5, The 1975 and Westlife and we have a strong suspicion that the crowd wouldn’t have cheered and jumped as much they did at Tony Robbins’ event. This is for one specific scientific reason: emotion is created by motion.

Every person in the 10,000-strong arena was instructed to get up on their feet to jump, dance, scream and cheer or do whatever they could to feel good. Pop/dance music was blasted from the sound system, while laser lights flashed through the crowd. After, Tony asked for a show of hands to see who felt happier and more energetic as a sea of fingers reached for the roof.

The lesson: Your state effects your results, so if you approach a challenge in the wrong state, you’re unlikely to succeed. One of the ways to change your state is to change your physiology, such as dancing, cheering, laughing (even if it’s fake) and singing. The other is focus – if you think about your goal all the time and take action towards it then you will reach it, if you focus on something else, chances are you won’t achieve what you’re looking for.

3. You don’t need him to succeed 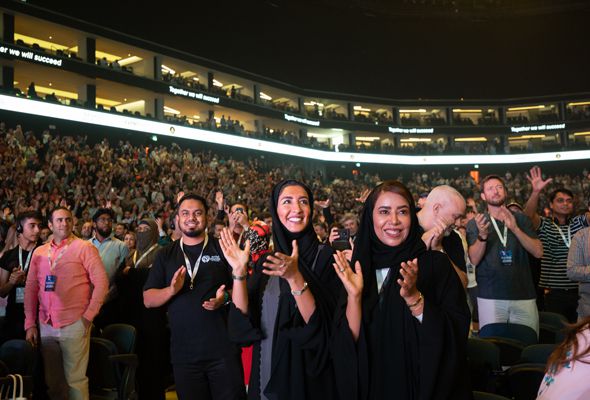 Tony Robbins admits his course doesn’t teach any skills its attendees don’t already possess. “Most of what I teach is common sense, but the thing you might have noticed about common sense is it’s not very common,” he said, interacting with the crowd. What he does do is point out the ways you can approach things differently to achieve a better result.

Referring to the famous quote ‘insanity is doing the same thing over and over and expecting the same result’, he says: “It’s true, and I’ve been to 100 countries around the world and studied patterns of what makes people happy and successful.”

The lesson: If you’ve been trying to reach a goal one way and it’s not working, think about where you might be going wrong. Do you have enough belief and certainty that it will happen? Are you taking massive action toward it? Is that action getting you results? No? Change it and try something else.

Workshops
EDITOR’S PICKS
9 royal-approved Dubai restaurants
READ MORE
16 of the best beach bars in Dubai for sundowners
READ MORE
Bla Bla: Dubai's huge new beach club is set to open this Thursday
READ MORE
Where to get the Covid-19 vaccine in Dubai, Abu Dhabi and across the UAE
READ MORE
MOST POPULAR
Dubai Food Festival is set to return on February 25
Brand new eco oasis Al Fay Park opens on Al Reem Island, Abu Dhabi
9 exciting things to do in Abu Dhabi this weekend: January 21 to 23
Don't miss this cool collaboration between two top Dubai restaurants
Sale: Emirates and Etihad slash prices on flights around the world
YOU SHOULD CHECK OUT
Our website uses cookies and other similar technologies to improve our site and your online experience. By continuing to use our website you consent to cookies being used. Read our privacy policy here.