Split between a restaurant and bar, inside you’ll find dramatic, plush and colourful furnishings and antiques, lit by vibrant neon lights. At the centre, an elevated stage will serve as a centre piece for the daily live entertainment. 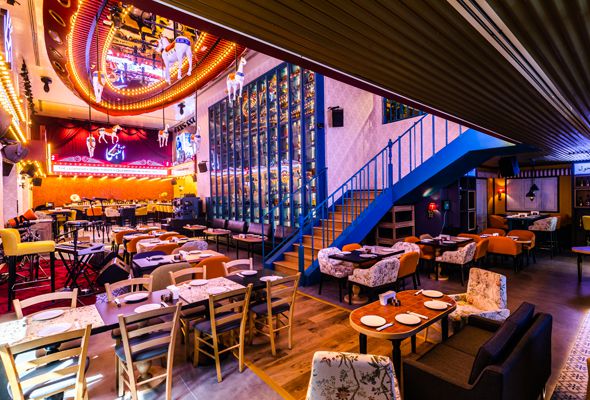 On the menu, expect mezza plates, hearty mains such as braised lamb shanks with freekeh and caramelized onions and grilled chicken taouk with a creamy wasabi sauce.

Throughout the week, there’ll be dedicated theme nights each with differing music policies and live entertainment, ensuring there’s something for everyone at the new DIFC hotspot.

Kicking things off on Sunday, Antika Bar’s resident singers will take to the stage to perform classic Arabic hits, bringing the classic sounds of the Middle East to DIFC.

Mondays will be dedicated to classic Arabic tunes and a live four-piece band, while a fusion of Khaliji and Arabic remixes will dominate the soundtrack to Tuesday nights. 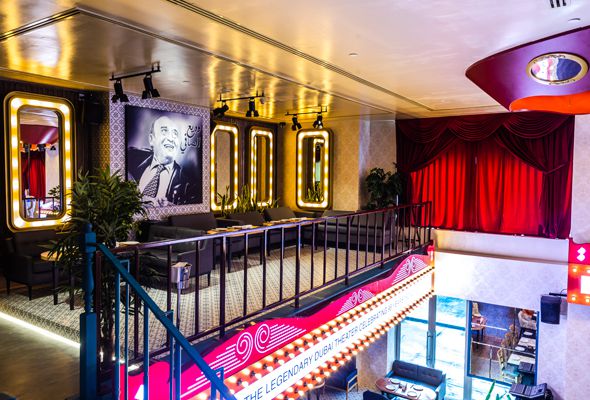 On Wednesdays, ladies can look forward to three complimentary beverages and 30 per cent off the menu of Levantine fusion food while listening to a mix of Arabic and commercial chart hits.

Ring in the weekend at Antika on Thursday with a live band and exotic belly dancers who’ll keep guests entertained as they roam through the venue.

On Saturday, it’s a retro affair as the DJs spin their way through the best of 80s and 90s Arabic pop.

Eat & Drink
EDITOR’S PICKS
13 Sheikh Hamdan-approved restaurants in Dubai
READ MORE
Dubai brunches temporarily banned in new preventative measures
READ MORE
12 upcoming Dubai mega-projects we can't wait for
READ MORE
16 of the best beach bars in Dubai for sundowners
READ MORE
MOST POPULAR
St Patrick's Day 2021: The best deals and celebrations in Dubai
Dubai Police add a new supercar to their fleet
Run even faster with Under Armour's groundbreaking new trainers
Dubai Culture to grant 1,000 long-term cultural visas
This Abu Dhabi island brunch offers an amazing family friendly escape
YOU SHOULD CHECK OUT
Our website uses cookies and other similar technologies to improve our site and your online experience. By continuing to use our website you consent to cookies being used. Read our privacy policy here.