We do love a royal wedding…

Sheikha Maryam married Sheikh Khalid Bin Mohammed Bin Hamdan Al Nahyan – a member of the Abu Dhabi royal family, whom she got engaged to back in August 2018.

The post reads ‘May the rest of your lives be filled with love, joy & happiness. Congratulations!’

Sheikha Latifa also took to Instagram stories to congratulation the couple on their marriage. 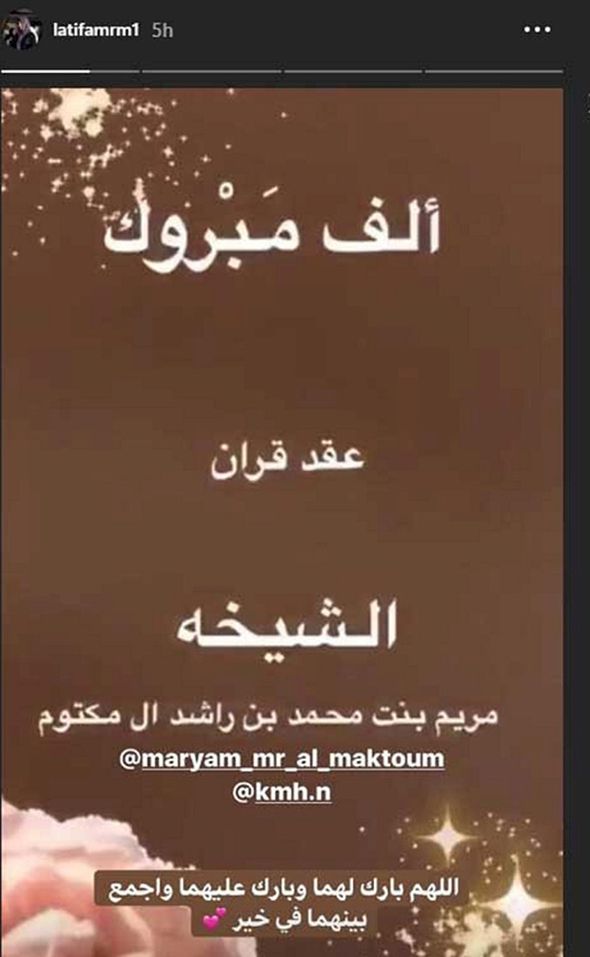 According to The National, Sheikh Khaled is a graduate from British Royal Academy Sandhurst in the UK and was awarded the Major General Diwan Misri Chand Platoon Award for demonstrating outstanding innovation and purpose during the training course.

This isn’t the first royal wedding to take place this year. Three sons of H.H. Sheikh Mohammed were married in a ceremony that took place earlier this year in May 2019.

News
Royals
EDITOR’S PICKS
Ramadan in Dubai: 50 iftars to try
READ MORE
Where can Dubai residents travel? Check out these 14 destinations
READ MORE
Rumours, facts and reveals: New Abu Dhabi bars and restaurants
READ MORE
UAE announces reduced working hours for Ramadan 2021
READ MORE
MOST POPULAR
Looking for a long stay in a popular Dubai location? Check out Hilton Dubai The Walk...
Review: Is The Orangery your favourite new date night spot?
Deals and discounts: It's all about the ladies on Tuesdays at La Mer
Here's how you could win Dhs50 million this Eid weekend
What's On's epic Lock In staycation is returning to Dubai this month
YOU SHOULD CHECK OUT
Our website uses cookies and other similar technologies to improve our site and your online experience. By continuing to use our website you consent to cookies being used. Read our privacy policy here.