It’s the news Abu Dhabi residents have been waiting for… The Galleria Al Maryah Island’s expansion is now open. However this isn’t just any ordinary ‘mall expansion’. We like to think of it as an exciting transformation into a giant indoor dining and entertainment emporium, that just so happens to have a plethora of stores attached.

So just how big is the expansion?

Well, the expansion has added on 270 shops, 70 new restaurant, dedicated entertainment spaces including a cinema and a play area for children, and four urban parks. So, you can imagine it’s pretty impressive.

According to Daniel Parry, the managing director of the development company behind the expansion, this marks ” a new era of shopping, dining and entertainment for the capital. This incredible lifestyle destination was developed for the people of Abu Dhabi and caters to every member of the community with a unique offering that includes rooftop parks, entertainment for all ages and the city’s best shopping and dining experience.”

Here’s some of the highlights of The Galleria Al Maryah Island’s expansion: 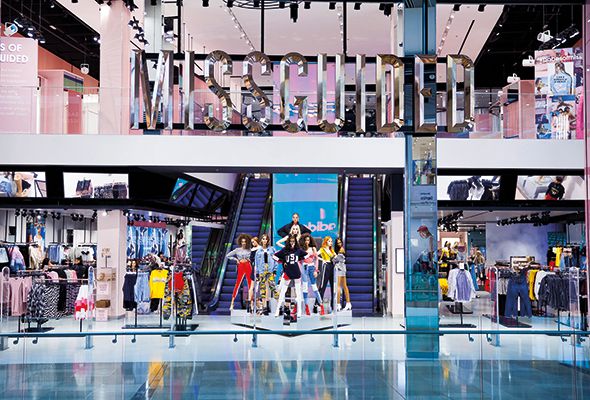 The mall expansion will see the arrival of several flagship stores including homegrown electronics giant Jumbo Electronics, fashion stores Zara and H&M, and Virgin Megastore. It will also include Lululemon, Sephora, and first-to-Abu Dhabi brands such as Missguided, sports department store Decathlon and & Other Stories.

Do note though, that not all of the stores are open yet, but are expected to by the end of the year. 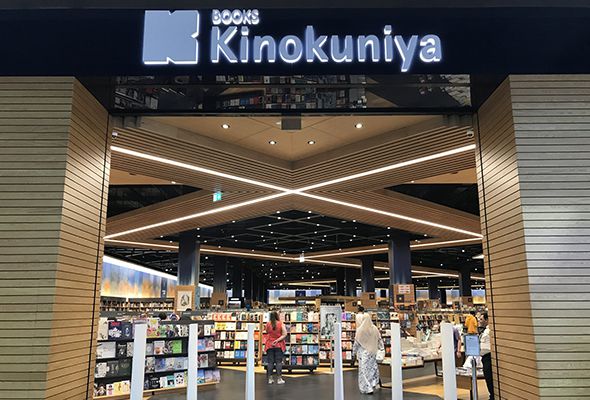 One store that we truly can’t wait for – is the opening of Kinokuniya. The Japanese bookstore already has a branch in Dubai at Dubai Mall and will open a branch in the Galleria Al Maryah Island in the Spring of 2020. If you’re not familiar, Kinokuniya is a popular destination for books, magazines, comics, educational materials, art supplies, crafts and gifts with stores all over the world.

Guest at The Galleria can now choose between a whopping 70 dining venues ranging from fast food restaurants such as Blaze Pizza (its first branch in the UAE) as well as casual dining establishments such as The Cheesecake Factory and P.F. Changs. 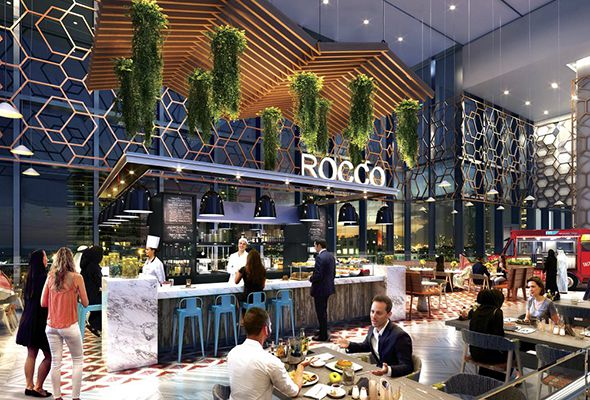 The Galleria is now also now home to Central Kitchens – a unique dining concept (also new to the region) built to reflect a home eating experience. It comes with five dining areas:the living room, study, garden, courtyard and patio that each have their own decor, seating and cuisine type. Sounds exciting!

With the opening of The Galleria Al Maryah Island expansion, comes a new 21-screen Vox Cinema showing the very latest films in Hollywood, Bollywood and more and there’s even an IMAX theatre. 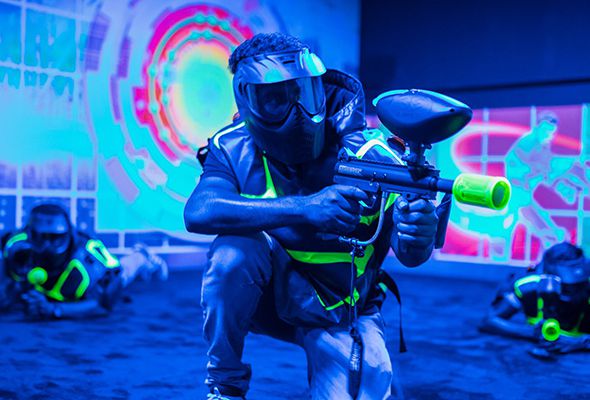 Looking for some more excitement? Head to Xtreme Zone, an Abu Dhabi flagship zone, where young ones and the young at heart can have a go at wall climbing, burn off some calories on the trampolines, or play some arcade games. There’s also a soft play area for younger children and a spot where you can sip on coffee and take a breather. 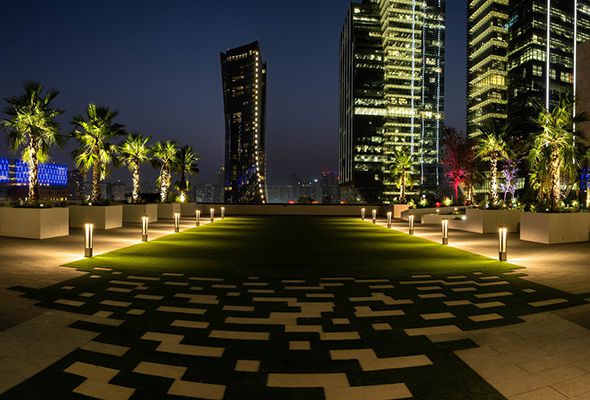 If you need a break from all the shopping, or simply need some fresh air – head to the rooftop to Urban Parks. Whether you’re looking to unwind alfresco or get some exercise in the sports park, it’s a must-visit when you head to The Galleria.

The Galleria Al Maryah Island expansion also includes unique art installations, created exclusively for The Galleria by local and international artists, that pay homage to the culture and heritage of Abu Dhabi. Some of the artist include Sheikh Firdous, Julia Ibbini, Ahmed Al Zarooni and Soroshi Michelle and you’ll find on display traditional and ancient forms of art such as Sadu Weaving and Nabati poetry.

There’s also a whole list of activities and events already planned out for The Galleria which that’ll keep the whole family entertained every weekend from now until November, which is when The Galleria will see it’s first annual Street Party taking place. We’ll be sure to let you know what this event is all about when we have more details.

The Galleria Al Maryah Island, Al Falah Street, Abu Dhabi, open daily – 10am to 10pm Saturday to Wednesday, 10am to midnight on Thursday, noon to midnight on Friday, Tel: (02) 616 6999, thegalleria.ae

Art
Culture
Eat & Drink
Film
News
Restaurants
Sport & Fitness
Things to do
EDITOR’S PICKS
What’s On Nightlife Awards 2021: Here are the nominees...
READ MORE
It's back! What's On Lock In returns to Media One Hotel
READ MORE
Arts and culture: 5 spots we can't wait to visit at Expo 2020 Dubai
READ MORE
UAE petrol prices are set to decrease in September 2021
READ MORE
MOST POPULAR
Pics of the week: Your best photos of the UAE
How to use Playkey.me, the region's first supercharged cloud gaming service
The Mai Dubai half marathon is back in October
Exhibitions, workshops and more to experience at Sharjah Art Foundation
New Irish pub McCafferty's opens second venue in Dubai
YOU SHOULD CHECK OUT
Our website uses cookies and other similar technologies to improve our site and your online experience. By continuing to use our website you consent to cookies being used. Read our privacy policy here.