Best of
Outdoor
Sport & Fitness
Things to do

Ras Al Khaimah is already home to some top adrenaline-pumping attractions, such as the world’s longest zipline, the Jebel Jais Flight, and Via Ferrata. But, the UAE’s most adventurous Emirate is set to add a string of exciting new additions over the coming months.

Newly launched is the “Jebel Jais Zipline Tour”, a course of seven ziplines that fly over the grand cliffs and canyons of Jebel Jais. Connected by nine platforms, the cluster of seven ziplines cover a total distance of 5km, with the zip lines ranging from 337m long to 1km.

During the course, flyers will navigate the course, reaching speeds of up to 60kmph on the varying ziplines to reach the 15-metre long sky bridge. At 1,250 metres above sea level and 300 metres above the ground, it’s the highest in the UAE, and forms the final part of the exhilarating course. 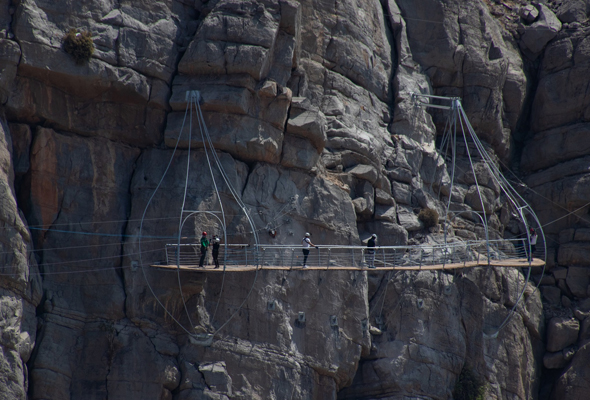 The new Jebel Jais Zipline Tour is priced at Dhs295 per person on Sundays, Wednesday and Thursday, and Dhs345 per person on Friday and Saturday. The experience lasts roughly two hours, and tickets can now be booked at jebeljais.ae.

And that’s not the only new addition. Set to be introduced in the final quarter of 2019 is the ‘Bull Maze’, a field of 35 challenging obstacles suspended in the air at Jebel Jais. The obstacles will be split between three levels on a 20 metre tall structure, challenging participants to test their limits as they navigate the course.

Then at the start of 2020, Jebel Jais will introduce a controlled bungee jump. The bungee jump will sit a height of 1,500 metres above sea level, and 23 metres off the ground. Adrenaline junkies will be flung into the air, with a free fall of 8 metres and controlled fall of 15 metres as they hurtle through the air. 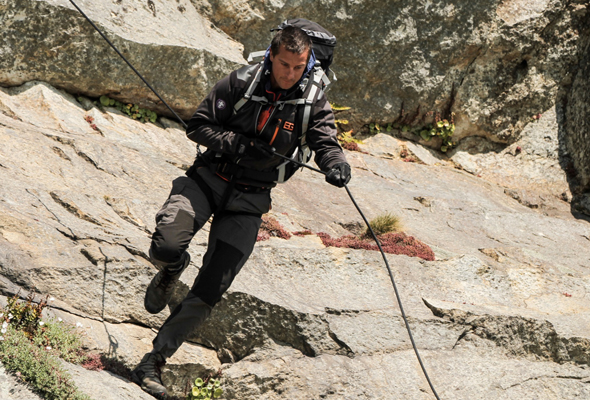 Best of
Outdoor
Sport & Fitness
Things to do
EDITOR’S PICKS
Ramadan in Dubai: 50 iftars to try
READ MORE
Where can Dubai residents travel? Check out these 14 destinations
READ MORE
Rumours, facts and reveals: New Abu Dhabi bars and restaurants
READ MORE
UAE announces reduced working hours for Ramadan 2021
READ MORE
MOST POPULAR
A four-day ultra marathon is taking place in the Dubai desert
Put the pedal to the metal with free tickets to Ekart Zabeel
Etihad drops massive summer sale with up to 50 per cent off flights
Spend your summer in a snowy cinema in Dubai
Tipsy Lion reopens with wallet-friendly deals all week
YOU SHOULD CHECK OUT
Our website uses cookies and other similar technologies to improve our site and your online experience. By continuing to use our website you consent to cookies being used. Read our privacy policy here.