The much-anticipated release of new movie Joker is scheduled to hit Dubai theatres this weekend and Dubai Opera have announced a special one-off screening. Joker is played by Joaquin Phoenix, who has been hugely praised by his performance, earning the film an eight-minute standing ovation at the Venice Film Festival.

The bane of Batman’s existence since 1940, each new film depicting The Joker has twisted him into something even more creepy. But because Joaquin Phoenix’s take on Gotham City’s clown prince of crime – the drug-addles and tormented performer Alex Fleck – sits outside the DC Comics Extended Universe, this psychological thriller has carte blanche to send The Joker’s origin story down a cackling path of no return. Effortlessly flittering between light and darkness, Joaquin’s ability to fray your moral compass is a testament to his brilliance. 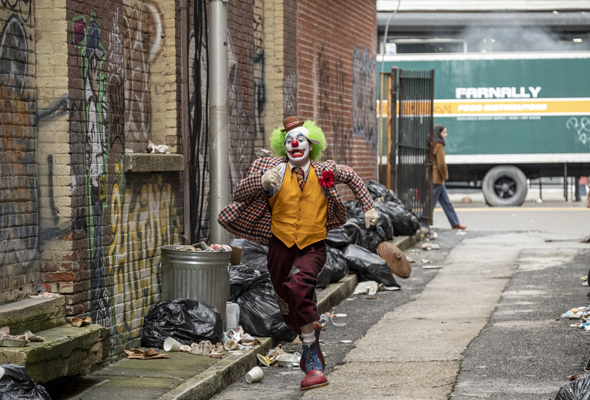 The Dubai Opera screenings will take place at 8pm on Thursday October 3, and 3pm and 7pm on Friday October 4. Tickets are priced at Dhs60 per person, or Dhs95 a house beverage and popcorn. If you want a free-flow of house beverages with your ticket, that will be Dhs120.

Tickets are available now, bookable on the Dubai Opera website.

If that’s not enough, taking to the stage at Dubai Opera from Wednesday October 16 until November 6 will be Phantom of the Opera. Tickets for the show are available online, or two lucky winners have the chance to get their hands on a pair in our special competition.

Film
EDITOR’S PICKS
Ramadan in Dubai: 48 iftars to try
READ MORE
Where can Dubai residents travel? Check out these 14 destinations
READ MORE
Rumours, facts and reveals: New Abu Dhabi bars and restaurants
READ MORE
UAE announces reduced working hours for Ramadan 2021
READ MORE
MOST POPULAR
Review: Rainforest camping at The Green Planet Dubai
The rules for children wearing face masks have been updated in UAE
Etihad sale: Surprise gift boxes and a chance to win 50 times your airfare
Break your fast in style at W Dubai - The Palm this Ramadan
Yoga and art combine in Dubai's newest immersive fitness class
YOU SHOULD CHECK OUT
Our website uses cookies and other similar technologies to improve our site and your online experience. By continuing to use our website you consent to cookies being used. Read our privacy policy here.