Held under the patronage of H.H. Sheikh Mohammed bin Rashid Al Maktoum Vice President of the UAE and Ruler of Dubai, the Emirates Airline Festival Of Literature returns next year and will run for five days from Tuesday February 4 to Sunday February 9, 2020. Now in its 12th edition, the Emirates Airline Festival Of Literature is the Middle East’s largest celebration of the written and spoken word. It will be held at the InterContinental Dubai – Festival City.

This homegrown festival will feature a programme that will host more than 130 sought-after international and local authors over the course of five days. It aims to bring together people of all ages and backgrounds from all around the world to promote the love of reading, writing and great conversation. 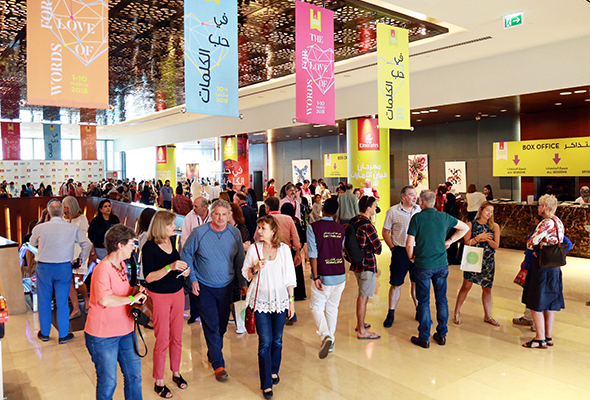 The line-up hasn’t been announced just yet but you can expect writers ranging from fiction and non-fiction, memoir, history, science, exploration, well-being, business leadership, children’s stories and much more – so there’s something for everyone.

Usually the festival runs during the first week of March and for a longer period of time, but according to Festival Director, Ahlam Bolooki, this year the shorter format means all the authors will have a chance to meet and interact with visitors. Bolooki went on to state that even though it’s a shorter time frame, nothing else has changed and that the festival is committed to world-class writers and stimulating conversations.

The Emirates Airline Festival of Literature is held under the flagship of Dubai Culture and Arts Authority (Dubai Culture), and H.E. Hala Badri, Director General of Dubai Culture, stated that the festival is to promote ‘a love of reading across our nation.’

He reminds the community of a quote by Sheihk Mohammed, who also stresses on the importance of reading stating that it is the “key to knowledge and a bridge to reach the highest levels of innovation across various sectors.”

He went on to encourage the community to take part in the festival and to witness the array of world-class authors in attendance, to help make Dubai a city of happy, empowered and proud individuals which is a part of the Dubai Plan 2021. 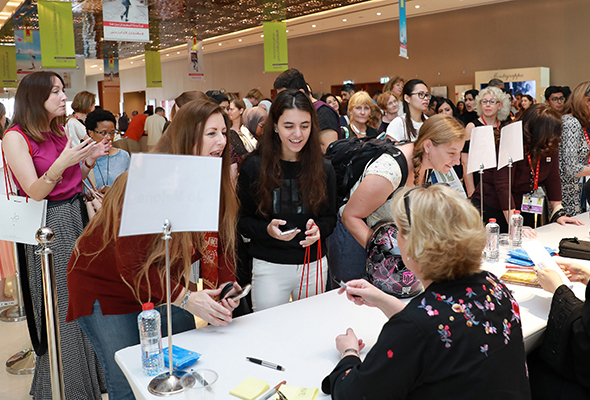 The annual event in Dubai promotes books, reading and the richness of words in all their forms. Not only will you get to meet some world-famous authors, you will also have the chance to attend literary debates and workshops, participate in competitions and be inspired by literary heroes.

The event earlier this year saw more than 180 authors making an appearance at the festival, including Mary Robinson-Ireland’s first ever female president, Jane Hawking-wife of late physicist Stephen Hawking, and Jeff Kinney, author of Diary of a Wimpy Kid and many more.

We can’t wait to see the line-up for the year 2020 and we’ll be sure to let you know as soon as we find out.