Everything you need to know about Party in the Park

Now in its fifth year at Dubai Media City Amphitheatre, Party in the Park combines everything you love about music festivals – live bands, great DJs, food and drink, sunshine and a liberal sprinkling of festival madness – all without having to contend with mud, wellies or getting stranded in a field miles from home.

With a stage featuring superb British artists, a festival atmosphere and a dedicated family-friendly zone, Party in the Park is back on Friday November 1 and ready to rock your socks off.

Here’s everything you need to know about Party in the Park 2019.

A music legend will grace the Media City Amphitheatre for a second time on November 1. The Verve’s former frontman, fresh from picking up the Ivor Novella Award for Outstanding Contribution to Music earlier this year, will play his sophomore Party in the Park set (this time with full band in tow) at the epic festival. An icon of the Nineties Britpop scene, Coldplay’s Chris Martin has called Ashcroft the “best singer in the world” and Noel Gallagher wrote the Oasis track Cast No Shadow about him. Before the high energy of Fatboy Slim’s set at 10pm, Ashcroft will build things slowly, with classics like Lucky Man, The Drugs Don’t Work and Song for the Lovers are guaranteed to make indie lovers very happy. 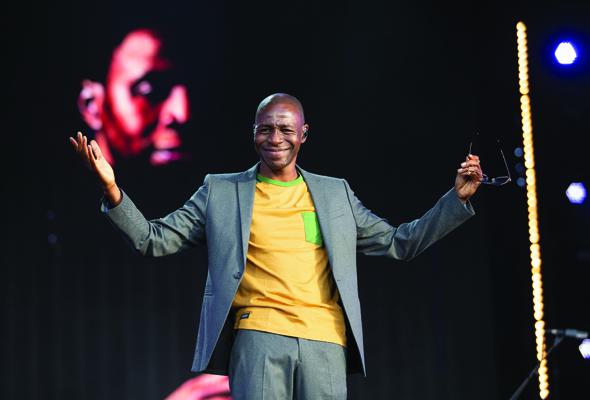 The latest addition to the line-up, another Nineties-tastic act, Lighthouse Family. The smooth sounds of Lifted, surely one of the most-played tracks of that decade, will be floating our over Media City Amphitheatre come Party in the Park. British duo Tunde Baiyewu and Paul Tucker, on lead vocals and keyboard respectively, met in Newcastle as students, and went on to rule the charts with their exceptionally catchy easy-listening tracks. They released the album Ocean Drive in 1995, which sold nearly two million copies and made it virtually impossible to turn a radio on at the time without hearing Tunde’s liquid vocals spilling out. 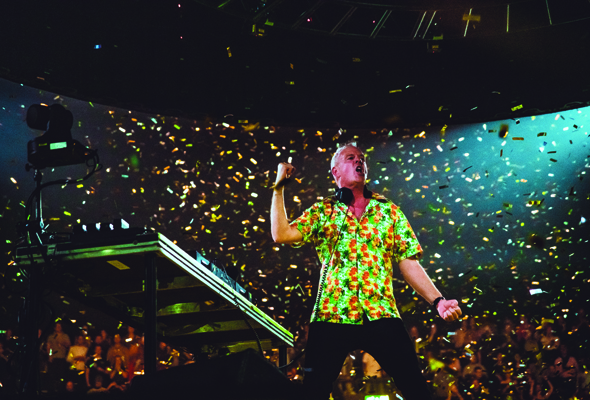 Before Diplo, before Calvin Harris, before David Guetta, there was Fatboy Slim. Real name Norman Cook, Brighton’s very own superstar DJ is 56 now, and no less able to get a crowd moving than when Praise You topped the charts 20 years ago. Even for those PITP-goers whose clubbing days are receding into the metaphorical rear-view mirror at this point, Cook dropping throwback bangers like Right Here, Right Now will get them straight back on the dance floor. His 1998 album You’ve Come A Long Way Baby made Cook internationally famous and his track ubiquitous. While his follow-ups haven’t matched up to the success of that album, Fatboy Slim still knows his way around a hit single. A 2013 return to making music saw him top the dance charts again, with Eat, Sleep, Rave, Repeat. Consider that your instruction manual for the Party in the Park.

The three-piece pop/rock group with roots in Canada and the UK has developed a solid reputation in Dubai, winning many local awards and supporting dozens of international musicians on their world tours.

Dubai-based producers Greg Stainer and Olly Wood were the first dance music duo from the Middle East to be signed to a major record label. 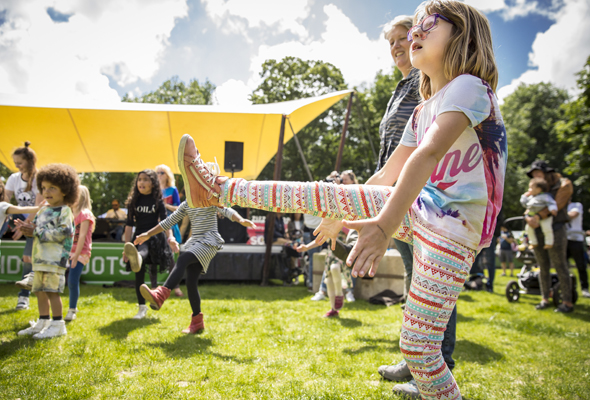 As if a day filled with live entertainment, food trucks and shopping local artisan stalls at the market garden while basking in the sunshine wasn’t enough to get you to Party in the Park, the city’s favourite festival is set to introduce a brand new family area for 2019.

As well as entertainment from doors opening at 2pm on the main stage, there’ll be live performances on the Boom Tree Stage from Charlie The Little Magician and The Bubble Lady, especially for the little ones.

Party in the Park’s brand new, free to use family area will feature an adventure playground and fun mud kitchens provided by Boom Tree to keep mini festival fans busy all afternoon.

While the little ones play, picnic tables will be available for adults to relax, or feast on food from a selection of world cuisines found in the foodie zone, all while taking advantage of the happy hour deals available until 6pm. 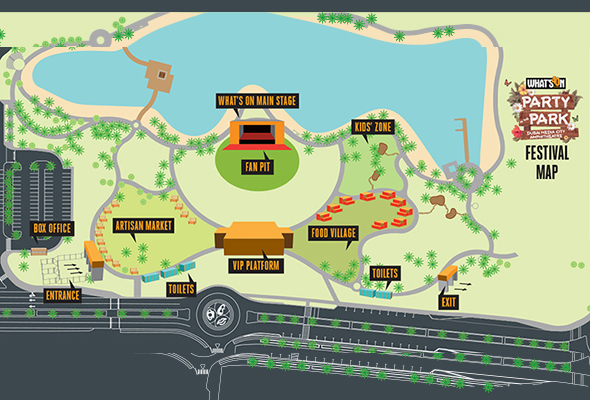 The festival kicks off at 2pm and will keep going all the way until midnight, with a happy hour between 2pm and 6pm. Regular tickets for the day will be Dhs350, or you can get fan pit access for Dhs499, add on six drinks to the fan pit ticket to make it Dhs650. If you’d like the park view platform ticket it will be Dhs999, with food and drink included between 2pm and 11.30pm.

For Fatboy Slim fans, a new ticket option has also been introduced. Priced at Dhs250, it’ll gain you access to Party in the Park from 9pm.

Tickets are available from platinumlist.net and will also be available on site at the festival’s Box Office.

Nightlife
Things to do
EDITOR’S PICKS
What’s On Nightlife Awards 2021: Here are the nominees...
READ MORE
It's back! What's On Lock In returns to Media One Hotel
READ MORE
Arts and culture: 5 spots we can't wait to visit at Expo 2020 Dubai
READ MORE
UAE petrol prices are set to decrease in September 2021
READ MORE
MOST POPULAR
Towards the next 50: Five transportation systems coming to the UAE
Celebrity hotspot Caviar Kaspia to open in Dubai this October
Want to revamp your home? Check out Dubai Home Festival at Dubai Festival City Mall
Review: The little-known brunch at Sayad, is one of the capital's best
Why Armani/Mediterraneo needs to be on your Dubai dining bucket list
YOU SHOULD CHECK OUT
Our website uses cookies and other similar technologies to improve our site and your online experience. By continuing to use our website you consent to cookies being used. Read our privacy policy here.