Hacienda Classical is returning to Dubai Opera this November

It was one of the most popular events at Dubai Opera in 2018, and Hacienda fans can look forward to another epic night at Dubai Opera next month as Hacienda Classical is set to make its return to Dubai.

On Friday November 29 fans of the legendary Hacienda club will be able to see original DJ Graeme Park reinterpret and perform house and club classics on an epic scale with a full live orchestra, the Manchester Camerata, as well as alongside some special guests.

Originating from Manchester, UK, Haçienda nightclub was one of the city’s most renowned venues for putting on a top club night out. Graeme Park was one of the club’s original DJ partnership, and has since united with the Manchester Camerata to put on some top-notch shows that are sure to strike a chord with anyone who partied at the venue in the 80s.

Expect a show filled with smash-hits such as Pacific State, Voodoo Ray, Ride on Time and You’ve Got The Love all performed with a classical twist from the full symphony orchestra.

Dubai Opera will transform into a full flat floor venue for the concert, and there will be beverage stations within the auditorium too.

Early bird tickets are priced at Dhs200 until October 29, and will start from Dhs250 thereafter. 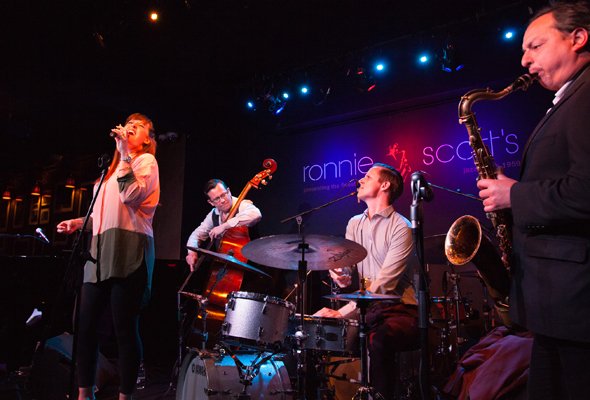 ALSO READ: A Dubai Monopoly board is set to be released in November

Hacienda Classical is one of two UK club nights headed to Dubai Opera this November, as Ronnie Scott’s 60th Anniversary Concert will also make its way to the city.

Taking place at Dubai Opera on Friday November 22, fans of the iconic jazz club from London’s Soho will be able to enjoy jazz hits from across the eras to celebrate 60 years of the famed jazz club, it’s concerts and the world famous stars that graced its stage. The house band The Ronnie Scott’s All Stars will perform alongside jazz musicians Emma Smith, Pete Long, Chris Draper, Sam Burgess, Freddie Gavita, and Ross Stanley.

Tickets start from Dhs175, with 20 per cent off VIP and Platinum seats until October 29.

Culture
Nightlife
EDITOR’S PICKS
13 Sheikh Hamdan-approved restaurants in Dubai
READ MORE
Dubai brunches temporarily banned in new preventative measures
READ MORE
12 upcoming Dubai mega-projects we can't wait for
READ MORE
16 of the best beach bars in Dubai for sundowners
READ MORE
MOST POPULAR
Abu Dhabi restaurants where you can celebrate your love of Spritz
6 great beachside breakfast spots to try in Dubai this weekend
7 great deals to check out in Original Wings & Rings in March
Throwback: Check out these photos of the UAE's first hotel
5 empowering ways to celebrate International Women's Day in Dubai
YOU SHOULD CHECK OUT
Our website uses cookies and other similar technologies to improve our site and your online experience. By continuing to use our website you consent to cookies being used. Read our privacy policy here.