Hazzaa Al Mansoori has safely returned to Earth from the ISS

The first Emirati astronaut has now completed his eight-day mission…

Major Hazzaa Al Mansoori made history last week, on Wednesday September 25 when he became the first Emirati astronaut to go to space. He went to the International Space Station for eight days and has now safely returned back to Earth on a Soyuz MS-12 spacecraft.

The final descent began 10 kilometres from Earth, when parachutes were deployed to slow the vessel right down and land safely on the target. The journey went smoothly as planned and Hazzaa will now begin readjusting to life on Earth.

He, along with his crew mates will now undergo a series of tests to check their health and well-being and collect data for research. They will then move onto a ceremony where they will be presented with gifts.

So, what has been doing on ISS? 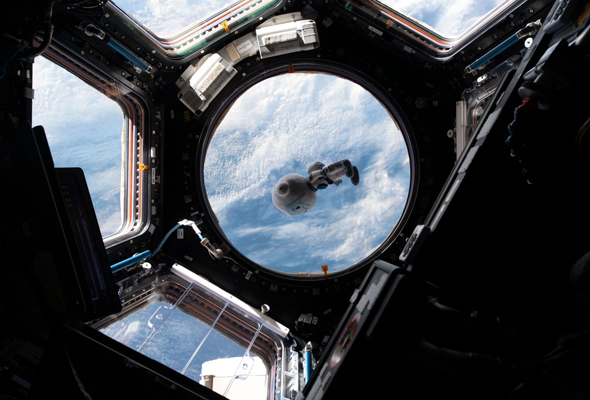 Hazzaa: “Suhail, my friend in this mission aboard the International Space Station.”

During his eight days aboard the International Space Station, Hazzaa Al Mansoori has been busy sharing life on the ISS with the world. Much of his focus was inspiring the next generation of astronauts, holding several question and answer sessions with school children.

Emiratis everywhere felt a great sense of pride seeing Al Mansoori wearing the first kandoora to go to space, and teaching his fellow astronauts about his culture and heritage.

Not only has Major Hazzaa left an impression on Emirati citizens, he’s also made history books in the UAE and will have a commemorative coin designed in his honour. UAE Central Bank said it would create the coin as “his launch marked a significant day in our history as a nation”.

News
EDITOR’S PICKS
What’s On Nightlife Awards 2021: Here are the nominees...
READ MORE
It's back! What's On Lock In returns to Media One Hotel
READ MORE
Arts and culture: 5 spots we can't wait to visit at Expo 2020 Dubai
READ MORE
UAE petrol prices are set to decrease in September 2021
READ MORE
MOST POPULAR
Towards the next 50: Five transportation systems coming to the UAE
Celebrity hotspot Caviar Kaspia to open in Dubai this October
Want to revamp your home? Check out Dubai Home Festival at Dubai Festival City Mall
Review: The little-known brunch at Sayad, is one of the capital's best
Why Armani/Mediterraneo needs to be on your Dubai dining bucket list
YOU SHOULD CHECK OUT
Our website uses cookies and other similar technologies to improve our site and your online experience. By continuing to use our website you consent to cookies being used. Read our privacy policy here.