Review: A triumphant opening night for The Phantom Of The Opera

Thirty-three years after opening on the West End, and The Phantom of the Opera is still capturing Christine – and hearts – across the world. Here’s why you should see it…

It’s difficult to imagine just what a marvel Andrew Lloyd Webber’s Phantom of the Opera would have been when it opened on the West End in 1986, unless of course you know my mother. You could say she’s a bit of a fan, having seen the musical four times, and here she is sitting next to me at Dubai Opera in the second row about to see it for the fifth time. She would tell you that it wowed everyone in London, with its over-the-top lavishness, gigantic sets, excessive use of fog, and the inimitable voices of Michael Crawford and Sarah Brightman in the leading roles. Shows sold out for months. Queues at the stage door to get autographs from the stars. Roaring ovations. 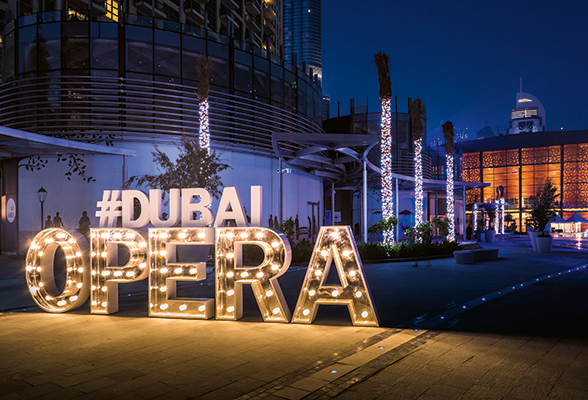 It says something about a show that some 33 years later, it still manages to capture so many hearts. And if you needed further proof, see the new World Touring production of Phantom at Dubai Opera now.

Unless you’ve been living in a dark lair like the Phantom himself, you’d know that the critically-acclaimed musical makes its debut at Dubai Opera, for a 24-date run at the iconic opera house from October 16 to November 9.

The show tells the tale of a disfigured musical genius who haunts the depths of the Paris Opera House, before becoming enraptured by the talents of a young soprano, Christine. Having lured her in as his protégé – and into his underground lair – the phantom falls madly in love, then descends into jealous madness upon learning of Christine’s love affair with the opera’s patron, Raoul. 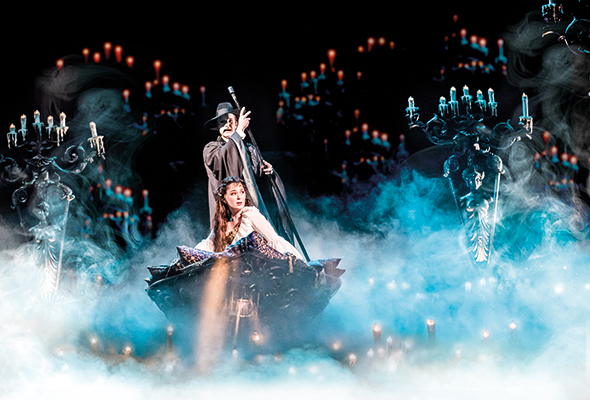 What follows is certainly not an exercise in understatement – with huge operatic numbers, a full corps de ballet, a dramatic unmasking of the disfigured ghost of the opera house and even a famous crashing chandelier. But it is the ultimate in musical pomp and circumstance. 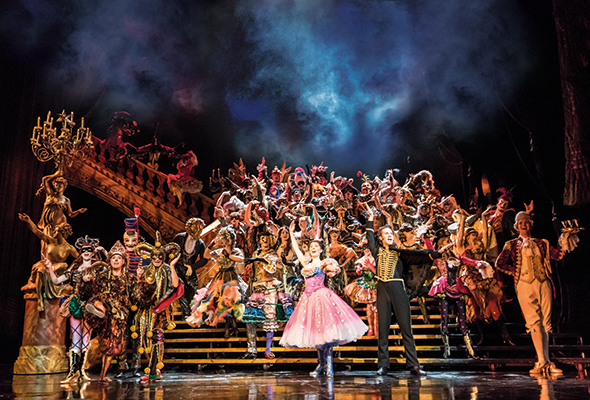 The touring production is flawlessly put together, from the orchestra playing Webber’s music to the ensemble each giving outstanding performances, and every set piece on stage. Yes, the show is wildly over the top – complete with smoke machines (how does that poor conductor breathe?), a giant elephant (how did they fly that thing to Dubai?), and an oversized chandelier hanging precariously over the first three rows (do you promise it’s not going to fall on our heads?), but Phantom of the Opera seems to function on a theatrical level where you don’t ask questions, you just go with it. 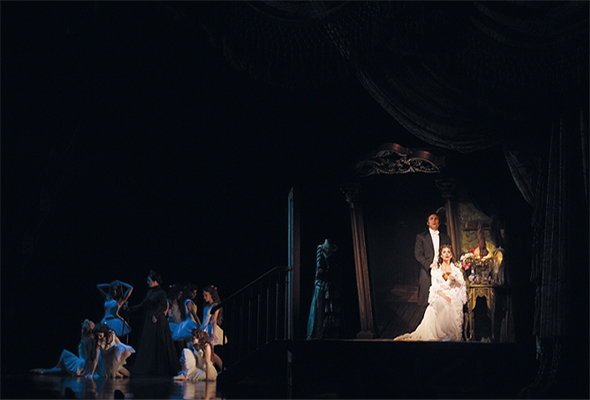 As for the music, sure, the ‘80s synth-opera fusion might seem a little dated to fresh ears, but you can’t deny that that descending motif still raises goose bumps. Lest we forget these songs were revelations that shook musical theatre, creating two of the most desirable roles in musical theatre. Kudos indeed to our leading cast in Claire Lyon and Jonathan Roxmouth. Roxmouth in particular appears to really relish his role, commanding the stage with the intensity of the Phantom, while treating his gentler moments with the desperate anguish the character requires. Meanwhile Lyon plays Christine with the kind of nervous naivety that makes the part convincing, and she absolutely nails some of the most challenging songs ever written for the stage.

Go with it, smile, and in the words of the Phantom himself: savour each sensation. My mum and I certainly did.

Theatre
EDITOR’S PICKS
What’s On Nightlife Awards 2021: Here are the nominees...
READ MORE
It's back! What's On Lock In returns to Media One Hotel
READ MORE
Arts and culture: 5 spots we can't wait to visit at Expo 2020 Dubai
READ MORE
UAE petrol prices are set to decrease in September 2021
READ MORE
MOST POPULAR
Towards the next 50: Five transportation systems coming to the UAE
Celebrity hotspot Caviar Kaspia to open in Dubai this October
Want to revamp your home? Check out Dubai Home Festival at Dubai Festival City Mall
Review: The little-known brunch at Sayad, is one of the capital's best
Why Armani/Mediterraneo needs to be on your Dubai dining bucket list
YOU SHOULD CHECK OUT
Our website uses cookies and other similar technologies to improve our site and your online experience. By continuing to use our website you consent to cookies being used. Read our privacy policy here.