Sole DXB is returning to Dubai Design District this December

Calling Dubai’s urban crowd: come out, come out, wherever you are – Dubai’s awesome urban streetwear and hip-hop festival is back this December.

Taking place from Thursday December 5 to Saturday December 7 at Dubai’s Design District (D3), the festival celebrates the very best of footwear, music, art and lifestyle so make sure you dig out your edgiest streetwear as it draws out the coolest of crowds. 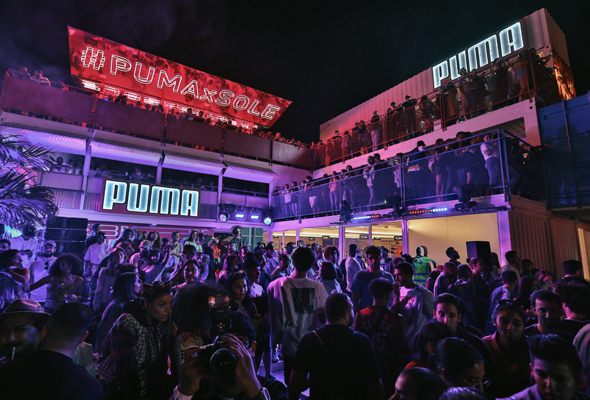 Set up in the style of shoeboxes, you’ll be able to shop the latest streetwear and footwear from some huge global sports brands, with DJs, a basketball court and some massive performers expected to be announced.

It’s the eighth year of Sole DXB, which first came to Dubai in 2011 and has proved to be a massive hit amongst Dubai’s urban crowd. Previous years have also seen a number of talks with industry artists, DJs, influencers and graffiti artists so make sure to keep an eye out for the line-up.

In previous years, we’ve seen some globally recognised brands including Nike, Adidas, Puma and Reebok exhibiting at the event with so we’re sure you can expect much the same at 2019’s edition. 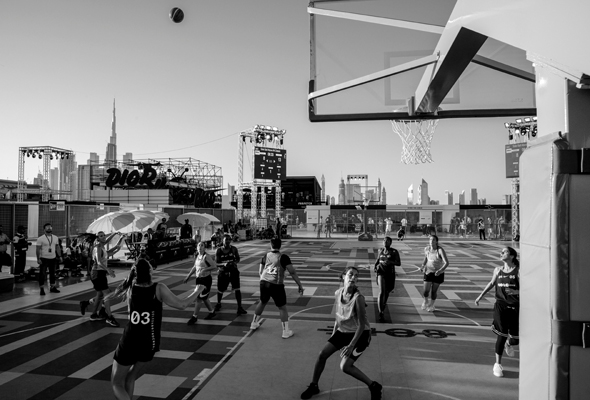 Handily taking place the week after payday, you’ll be able to browse everything from clothing to footwear, bags and accessories so make sure your wallet is ready to take the hit. Other exhibiting brands in other years have included Kappa, Levis and Almost Gods.

At the moment, there’s no word on whether a big artist will perform on the Friday, but British grime rapper, Skepta, performed back in 2016, and American rapper, Nas delivering a stellar show in 2018.

Pre-sale tickets are available now via Virgin Megastore, priced at Dhs295 for a weekend pass. From October 22, you’ll be able to get individual day passes for Dhs245, and the weekend pass will increase to Dhs375.

On Thursday evening, there will be a film screening open to all for free. The full schedule for Friday and Saturday is yet to be announced but Sole DXB will be open from 12pm to 10pm.

Culture
Things to do
EDITOR’S PICKS
Ramadan in Dubai: 38 iftars to try
READ MORE
Where can Dubai residents travel? Check out these 14 destinations
READ MORE
Rumours, facts and reveals: New Abu Dhabi bars and restaurants
READ MORE
UAE announces reduced working hours for Ramadan 2021
READ MORE
MOST POPULAR
Dubai Sports World is back with a range of activities to help you stay active
8 of Dubai's best authentic pizza spots
Sheikh Hamdan: Dubai will soon be home to self-driving taxis
Updated Ramadan hours for parking, Darb toll and buses in Abu Dhabi
10 of the most Instagrammable cafes in Dubai right now
YOU SHOULD CHECK OUT
Our website uses cookies and other similar technologies to improve our site and your online experience. By continuing to use our website you consent to cookies being used. Read our privacy policy here.