Whether you’re planning a trip to the cinema with the kids for an animation film and some family-friendly laughs, or a catch up with friends over an action filled movie or a horror flick, here are our top picks of the best films out in cinemas in Dubai this week.

Well, Disney… You’ve done it again. The movie is a fantasy adventure that picks up several years after Maleficent, in which audiences learned of the events that hardened the heart of Disney’s most notorious villain and drove her to curse baby Princess Aurora. The film continues to explore the complex relationship between the horned fairy and the soon-to-be queen as they form new alliances and face new adversaries in their struggle to protect the moors and the magical creatures that reside within.

Quinn, a member of a SWAT unit, has no recollection of who he is or where he came from. As he pieces together clues from his past, he vaguely recalls his young daughter, who has been kidnapped. Meanwhile, Connor, a former military operative turned gangster-for-hire, discovers that his wife has also disappeared mysteriously in the middle of the night. These two men, with little in common, realize they must work together to find their loved ones and thwart their mysterious abductors. They soon realize that the abductions are part of a centuries-long plot. With the help of a local psychiatrist and an eccentric scientist, the two men resolve to take on this merciless, unknown force bent on destroying the human race.

In this Zombieland sequel, comic mayhem ensues all the way from the White House and through the heartland. The four zombie slayers must face off against the many new kinds of zombies that have evolved since the first movie, as well as some new human survivors. But most of all, they have to face the growing pains of their own snarky, makeshift family.

Killers Anonymous is a support group with a twist – it’s one for killers. The movie follows the members of the group as they try to unravel the mystery behind which one of them is responsible for the assassination attempt on a US senator that has the police authorities in the city on high alert. But things are not what they seem, and when new truths are discovered, secret alliances and betrayals emerge as the session explodes into violence and chaos, forcing the killers to kill or be killed!

Friends 25th: The One With The Anniversary Night 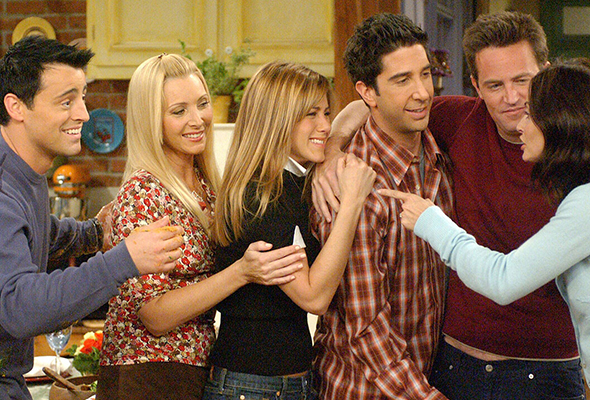 For the past month, we’ve seen tributes to iconic TV show Friends all over Dubai, from a replica of the famous sofa on display, to the theme song being played at the Dubai Fountains. It’s all in aid of the 25th anniversary since Friends first aired in 1994. As the celebrations continue, Vox Cinemas have announced they will screen iconic episodes from across the show’s ten series. It will be the first time the sit-com has been shown in 4K on the big screen. You can read more about it here.

Culture
Film
Things to do
EDITOR’S PICKS
So, when is the next UAE public holiday in 2021?
READ MORE
All of the lavish new hotels set to open in Dubai in 2021
READ MORE
16 of the best pool passes in Dubai that are fully redeemable
READ MORE
All of the restaurants at West Beach, Palm Jumeirah
READ MORE
MOST POPULAR
Review: Duo brunch at Chamas and Cho Gao, InterContinental
Here are 6 new spots to enjoy an afternoon tea in Dubai
SLS Dubai launches summer staycation offer
Chic bar Siddharta Lounge launches ladies' night for the first time ever
Where to play padel – the biggest sporting craze in Dubai
YOU SHOULD CHECK OUT
Our website uses cookies and other similar technologies to improve our site and your online experience. By continuing to use our website you consent to cookies being used. Read our privacy policy here.