Award-winning DJ Solomun to headline at Soho Beach this December

The legendary DJ and producer is retuning to Dubai…

Award-winning DJ and record label boss Solomun is back! The legendary DJ will return to Soho Beach for a huge post-Christmas party on Friday December 27.

The first wave of tickets are priced at Dhs200 and available via Platinumlist.net. You can also get a VIP podium access ticket for Dhs500 if you want the best view in the room.

No stranger to the city, the Bosnian-German producer has performed in Dubai several times before. He was last here in April headlining at Soho Beach, but has also put on huge New Year’s Eve gigs at Blue Marlin Ibiza UAE and Eden Beach Club. 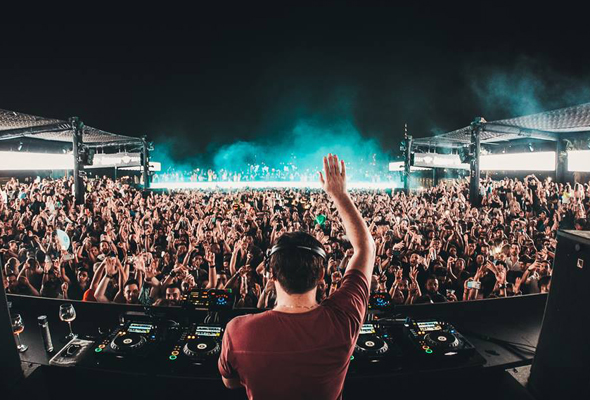 The Ibiza house music legend has had residencies at Pacha and Ushuaia as well as his own radio show, broadcast in 30 countries. He has won a multitude of awards including Best Deep House DJ (DJ Awards Ibiza), DJ of the Year (Mixmag) and Remix of the Year (Resident Advisor).

The 43-year-old DJ started his music career in 2002 and quickly became known for his remixes. If you’ve never been to one of his iconic nights, his sound has been described as “house music, but with deep, ultra funky bass lines, euphoric melodies and emotionally charged vocals”.

Solomun joins an incredible December line-up for Soho Beach, who recently announced their Elrow New Year’s Eve party. The unforgettable festival will be back with its Sambodromo Do Brasil edition, offering more music, more decorations and more fun than ever before on Tuesday December 31.

Priced at Dhs799, tickets for Soho Beach will also gain you entrance to Soho Garden, where Dixon is headlining the New Year’s Eve bash. Sambodromo Do Brasil is Elrow’s jungle themed party, complete with enough lush foliage to make you think you’re in the Amazon.

Clubs
EDITOR’S PICKS
So, when is the next UAE public holiday in 2021?
READ MORE
All of the lavish new hotels set to open in Dubai in 2021
READ MORE
16 of the best pool passes in Dubai that are fully redeemable
READ MORE
All of the restaurants at West Beach, Palm Jumeirah
READ MORE
MOST POPULAR
Review: Duo brunch at Chamas and Cho Gao, InterContinental
Here are 6 new spots to enjoy an afternoon tea in Dubai
SLS Dubai launches summer staycation offer
Chic bar Siddharta Lounge launches ladies' night for the first time ever
Where to play padel – the biggest sporting craze in Dubai
YOU SHOULD CHECK OUT
Our website uses cookies and other similar technologies to improve our site and your online experience. By continuing to use our website you consent to cookies being used. Read our privacy policy here.