Dimitri Vegas and Like Mike added to LUVYA festival line-up

The world number one DJs join Craig David, Lost Frequencies and Disciples as part of the line-up…

Fresh from being crowned world’s best DJs by DJ Mag, Dimitri Vegas and Like Mike are returning to Dubai. The award-winning DJ duo will headline at the first LUVYA festival at Five Palm Jumeirah this December.

Taking place from Thursday December 12 to to Saturday December 14, the three-day festival promises an array of music, food, art and fashion experiences unlike anything seen before in Dubai.

Dimitri Vegas and Like Mike will headline on Friday December 13 on the main stage on FIVE Beach. Taking to the stage alongside them will be Craig David, performing a string of his best hits such as 7 Days, Walking Away and Fill Me In. Fans can also expect sets from Disciples and Madds. 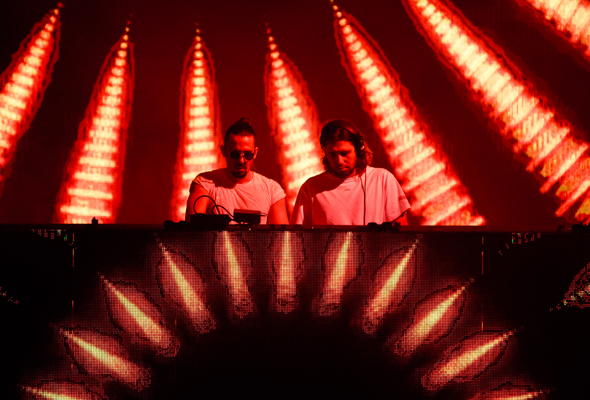 The legendary DJ duo were last in Dubai in November 2018 to headline at BAO festival. Dubbed the “Kings of Tomorrowland”, the duo told What’s On last year that “we’re big fans of the general pace of life and nightlife culture of the place. It’s always great to come back, see old and new friends and soak up the Dubai way of life.”

Before the superstar DJ duo on Friday, Lost Frequencies will kick the festival off on Thursday, spinning alongside Klingande and Icarus.

The second stage, found at celeb favourite The Penthouse, will couple its picture-perfect views with sets from London DJ duo Eli & Fur.

At Secret Room, FIVE’s underground club, a soon-to-be-announced roster of global hip hop artists will also take to the stage.

But not just about the music, over the weekend-long festival guests will be treated to fashion shows across nine catwalks, art installations and interactive artworks.

It’ll all be complimented by an array of food choices from FIVE’s signature restaurants Maiden Shanghai, Quattro Passi as well as pop ups from FIVE Jumeirah Village’s Soul Street.

Day passes are available for Dhs350 for Thursday, Dhs550 for Friday and Dhs300 for Saturday, which includes three drinks, or a weekend pass is Dhs1000, inclusive of 10 drinks.

Want to make a weekend of it? Room packages are available from Dhs1,250 per night at FIVE Palm Jumeirah, including two weekend, general access tickets.