Two thirds of Migos will take the stage this weekend…

Skales, best known for his R&B hit Shake Body, is a rapper and singer from Nigeria. He has been recognised as a rising star, with over 200 songs in his repertoire, including hits such as Mukulu, Keresimesi, Komole, My Baby and Take Care of Me.

Skales will be joined by Ice Prince, hip hop star and actor who is best known for his song Oleku. The pair will take the stage on Sunday November 10, as part of Drai’s Dubai’s new Sunday ladies’ night – Taste.

Previously running on Tuesdays, Taste offers ladies free entrance as well as free-flowing drinks every Sunday between 10pm and 4am. There’s also platters of unlimited sushi and nibbles until midnight. 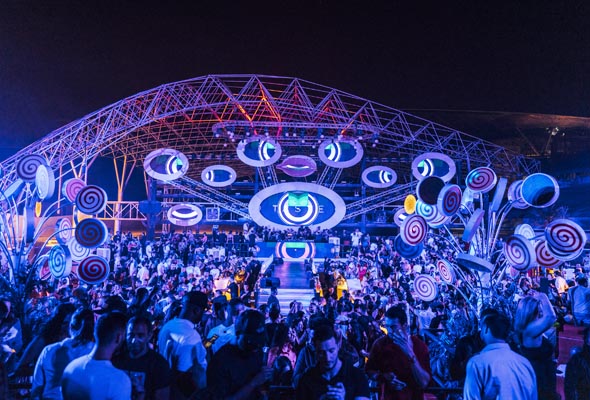 ALSO READ: All the artists set to perform in the UAE in 2020

On Thursday November 14, stars of hip hop group Migos, Quavo and Takeoff will perform. Both musicians are artists in their own right, Quavo has collaborated with artists such as Madonna, Justin Bieber, Camilla Cabello, Travis Scott and Lil Wayne. Takeoff is best known for his hits Casper and Last Memory.

We’re hoping that the pair will also perform some of Migos’ biggest tunes such as Bad and Boujee and Versace. Entrance and drinks will be free for ladies until 1am, whereas tickets for guys are priced at Dhs200, including two drinks.

To end the week with a bang, Nigerian superstar Davido will take the stage on Friday November 15. Davido is the mastermind behind hit songs such as Fall, If, Fia and Assurance. Tickets will be priced at Dhs200 for guys, with ladies enjoying complimentary drinks and entrance until 1am.

Nightlife
EDITOR’S PICKS
What’s On Nightlife Awards 2021: Here are the nominees...
READ MORE
It's back! What's On Lock In returns to Media One Hotel
READ MORE
Arts and culture: 5 spots we can't wait to visit at Expo 2020 Dubai
READ MORE
UAE petrol prices are set to decrease in September 2021
READ MORE
MOST POPULAR
Most affordable way to rent a car in the UAE? Try pay-as-you-go…
Vaccinated UAE travellers will soon be exempt from UK quarantine
Watch: The moment the Abu Dhabi road checkpoints were removed
This might just be the most stunning rooftop restaurant yet
Abu Dhabi: Wristband no longer required for most home quarantine
YOU SHOULD CHECK OUT
Our website uses cookies and other similar technologies to improve our site and your online experience. By continuing to use our website you consent to cookies being used. Read our privacy policy here.