It looks like rooftop bar 40 Kong has closed its doors

The alfresco rooftop spot won’t open for the new season…

It was one of Dubai’s tallest outdoor rooftop bars, but sadly 40 Kong will not be opening for the new season.

The sleek New-York inspired rooftop bar was one of the city’s most wow-worthy hangouts, thanks to its striking interiors, which became more and more impressive each season, and stunning views out across the Downtown skyline.

While social media posts on 40 Kong’s channels at the end of May said the brand would be back next season, a call to the H Hotel, where the bar is located, confirmed that the rooftop bar will not open again. 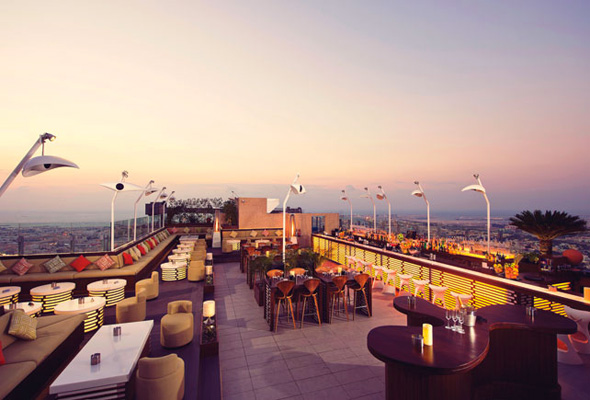 It was an impressive run for the stylish Downtown cocktail bar, which was the highest outdoor venue in the emirate for some time. Having opened in 2014, it always appeared to be packed out, and you’d struggle to get a reservation on weekends.

In 2018 40 Kong shifted from being just a bar to more of a lounge, offering a Mediterranean-inspired menu and creating a dedicated restaurant space. The venue also put up glass walls all around the outside, which somewhat distorted the wow-worthy views the venue had become famous for.

40 Kong is one of a number of restaurants that have sadly closed their doors this year, which include Galvin in City Walk, Tribeca in the JA Ocean View hotel and House Party Bar.

However, as a round of Dubai restaurants and bars close, the city welcomes an influx of new openings. This year has seen arrivals from international chefs Massimo Bottura and Akira Back at W Dubai – The Palm, while homegrown restaurants REIF and Alice Lounge have both recently opened their doors in Jumeirah and Downtown respectively.

Bars
EDITOR’S PICKS
Ramadan in Dubai: 40 iftars to try
READ MORE
Where can Dubai residents travel? Check out these 14 destinations
READ MORE
Rumours, facts and reveals: New Abu Dhabi bars and restaurants
READ MORE
UAE announces reduced working hours for Ramadan 2021
READ MORE
MOST POPULAR
Sheraton Mall of the Emirates has a lot to offer this Ramadan
Looking for a cosy long stay residence in Dubai? Check this out...
Have you spotted the new Talabat Patrol team on Abu Dhabi roads?
Iftar home delivery for one? Here are some options...
Stunning Australian restaurant Hunter & Barrel is now open
YOU SHOULD CHECK OUT
Our website uses cookies and other similar technologies to improve our site and your online experience. By continuing to use our website you consent to cookies being used. Read our privacy policy here.