He joins an already stellar line-up that includes the current world number one, Rafael Nadal, 16-time grand slam champion Novak Djokovic, World No.4 Daniil Medvedev from Russia and 21-year-old Stefanos Tsitsipas from Greece. This means spectators are now guaranteed to see five of the world’s 10 best male players in action this year.

The final male player is yet to be announced.

This will be the second time the 33-year-old from France will be appearing in the MWTC. His last appeared was in 2011 where he lost three sets to eventual winner Novak Djokovic in the quarter-finals. 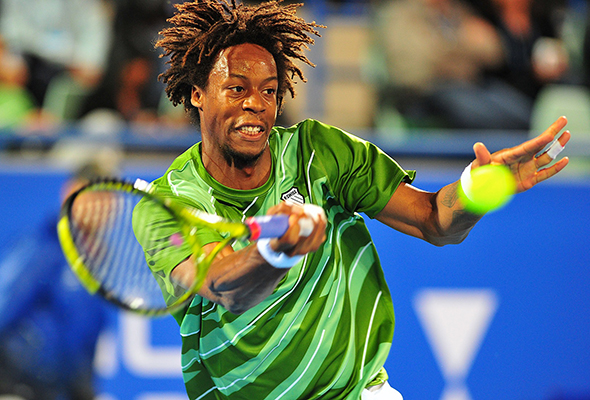 On his return to the capital, Monfils said that he was eager to return and compete at a tournament that he has seen grow from strength to strength in a short period of time.

“Having played in Abu Dhabi before, I know the special atmosphere of this Championship and I am really excited to be coming back. I am looking forward to going up against a strong field and I believe that it will be the perfect way to begin an important season,” he said.

The right-handed player has had a good year having won at the ABN-AMRO World Tennis Tournament which took place in February 2019 where he defeated Stan Wawrinka.

The eight player line-up in the women’s exhibition match includes Maria Sharapova and Ajla Tomljanovic, who will undoubtedly steal the spotlight on day one of the championship which takes place on Thursday December 19, 2019.

During the three day event, tennis super-fans will have the opportunity to get up close to their sporting heroes, with meet-and-greets, autograph signing and access to training.

Standard adult tickets are available online at ticketmaster or Virgin Megastores across the UAE, priced from Dhs100 on Day 1, Dhs250 on Day 2 and Dhs350 on Day 3. Three-day packages are priced from Dhs520 per adult.

Sport & Fitness
Things to do
EDITOR’S PICKS
So, when is the next UAE public holiday in 2021?
READ MORE
All of the lavish new hotels set to open in Dubai in 2021
READ MORE
16 of the best pool passes in Dubai that are fully redeemable
READ MORE
All of the restaurants at West Beach, Palm Jumeirah
READ MORE
MOST POPULAR
This new salon package includes lunch, manicure and blow dry for Dhs150
Glastonbury comes to Dubai with Reform's one-off brunch
Folly launches five-week masterclass programme for aspiring chefs
World-famous attraction Madame Tussauds to open in Dubai this year
Emirates announce discounted fares to quarantine-free destinations
YOU SHOULD CHECK OUT
Our website uses cookies and other similar technologies to improve our site and your online experience. By continuing to use our website you consent to cookies being used. Read our privacy policy here.