It’s only been open a few days…

Homegrown pan-Asian restaurant Shanghai Me has only been open a few days, and it’s already had a visit from H.H. Sheikh Mohammed bin Rashid Al Maktoum Vice President of the UAE and Ruler of Dubai.

The newly opened DIFC restaurant was the lunch spot of choice for the Dubai Ruler and his guests on Wednesday November 27. 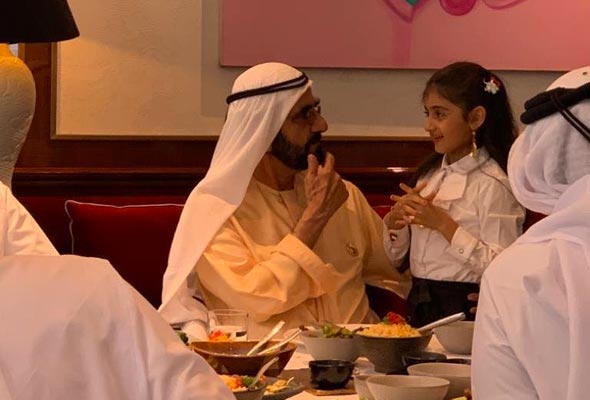 During the lunch, Sheikh Mohammed also appeared to share a sweet moment with a little girl who was dining with her family at a neighbouring table and approached the Dubai Ruler to ask for a photo.

Described as “an upscale Asian restaurant inspired by the glamour of 1930s Shanghai”, it’s found in The Exchange building in DIFC. Split between a luxurious bar and lounge, bamboo-lined terrace, restaurant and private dining area, on the menu guests can expect a blend of flavours from across East Asia, with a mix of lighter plates and more indulgent dishes designed to suit every taste.

We wonder which Sheikh Mohammed opted for? 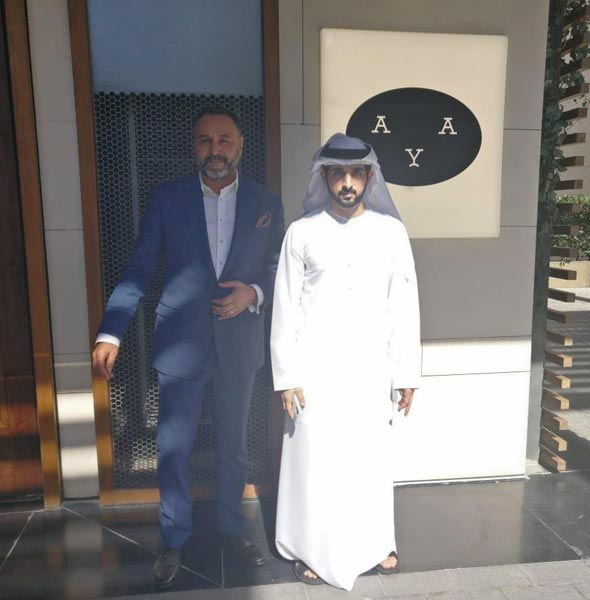 He first paid a visit to the recently opened Fika in Jumeirah Beach Hotel, before heading over to Aya, a new restaurant in City Walk later that week. Both restaurants are concepts by acclaimed local chef Izu Ani, the culinary mastermind behind restaurants like Gaia, Carine and The Lighthouse.

Eat & Drink
Restaurants
EDITOR’S PICKS
What’s On Nightlife Awards 2021: Here are the nominees...
READ MORE
It's back! What's On Lock In returns to Media One Hotel
READ MORE
Arts and culture: 5 spots we can't wait to visit at Expo 2020 Dubai
READ MORE
UAE petrol prices are set to decrease in September 2021
READ MORE
MOST POPULAR
7 awesome things to do in Abu Dhabi this weekend: Sep 23 to 25
10 awesome things to do in Dubai this weekend: September 23 to 25
White Dubai to reopen as a dining and entertainment lounge
Review: The special 20 year anniversary menu at Hakkasan Abu Dhabi
See Andrea Bocelli perform live when he returns to Dubai in November
YOU SHOULD CHECK OUT
Our website uses cookies and other similar technologies to improve our site and your online experience. By continuing to use our website you consent to cookies being used. Read our privacy policy here.