Did you spot any of them?

Legendary footballer Michael Owen has been in Dubai with his family, working with Jumeirah Beach Hotel on their football camps. He squeezed in a meal with his family, at what we think is Hakkasan, at Atlantis The Palm Dubai.

Iconic I Will Survive singer and fashion designer Tory Burch were in Dubai to launch Tory Burch’s new Middle East collection. Gloria Gaynor was a special surprise guest who performed some of her biggest hits at the event. Gloria stayed at Fairmont the Palm while she was here and praised the hotel for a ‘wonderful experience’.

Legendary American musician Nile Rogers was in Dubai for a couple of days to perform at a friends birthday party and it looked a lot of fun. Though we don’t know for certain, it looks like the party was in the Four Seasons hotel.

DJ and producer Fatboy Slim took to the stage at Dubai Media City Amphitheatre as part of a mega line-up of artists headlining What’s On’s festival Party in the Park. The iconic DJ played some of his biggest tunes to a crowd of thousands at the open air festival.

British boxer Amir Khan took a trip to Dubai with his family this week. It looks like they were staying at Jumeirah Al Qasr and spent the day riding buggies in the desert.

Model and TV presenter Abbey Clancy, has already visited Dubai several times this year, and it looks like she’s back. The British star snapped pictures from the beach at Le Royal Meridien Beach Resort & Spa in Dubai.

British band Lighthouse Family were also in Dubai to play at Party in the Park. They took the sunset set and warmed up the crowd with their iconic catchy tunes. A crowd of thousands of festival-goers were certainly feeling Lifted after they took to the stage.

R&B singer Kevin Lyttle visited the UAE this week to perform at Drai’s DXB and Mad on Yas Island, Abu Dhabi. He also filmed a music video for his new song at Zaya Nurai Island.

British reality star Gemma Collins has been in Dubai this week with some friends. She checked out a few of Dubai’s best restaurants during her stay, including Play at H Hotel and Buddha Bar.

Reality TV star, Billie Faires, her husband Greg Shepherd are back in Dubai staying at Le Royal Meridien Beach Resort & Spa. The pair have been spotted out at Dubai’s hotspots including Play, Opa, 1OAK and Bagatelle.

Former popstars-turned-TV presenters, Rochelle and Marvin Humes are enjoying a family holiday in Dubai. The pair enjoyed a boat trip with their children, as well as a halloween party at WHITE Dubai.

Bollywood star Sunny Leone has been enjoying time in Dubai on holiday. The actress enjoyed a pool day at FIVE Palm Jumeirah. 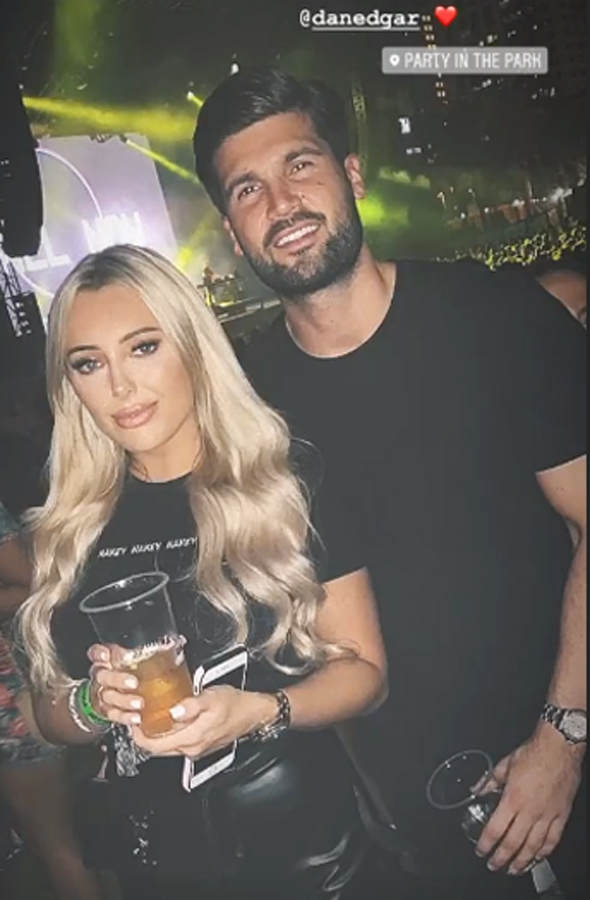 What did British reality TV stars Dan Edgar and Amber Turner do when they touched down in Dubai this weekend? Headed straight to Party in the Park! The duo joined thousands of festivalgoers to see stars including Lighthouse Family, Richard Ashcroft and Fatboy Slim live.

One of an onslaught of reality TV stars enjoying a Dubai break with Inside Lifestyle this week is Gabby Allen. The reality TV star turned fitness influencer checked in at W Dubai – The Palm before heading to brunch at the recently launched Secret Circus Brunch at Paru.

Celebrities
EDITOR’S PICKS
13 Sheikh Hamdan-approved restaurants in Dubai
READ MORE
Dubai brunches temporarily banned in new preventative measures
READ MORE
12 upcoming Dubai mega-projects we can't wait for
READ MORE
16 of the best beach bars in Dubai for sundowners
READ MORE
MOST POPULAR
5 awesome art events and exhibitions in Dubai to check out in March
Stay at the new Hilton Abu Dhabi Yas Island with park access from Dhs429
This Dubai beer garden is the perfect post-work watering hole
BOA Dubai has closed forever, here's what will replace it
2 Dubai chefs are teaming up for a cool collaboration in D3 next week
YOU SHOULD CHECK OUT
Our website uses cookies and other similar technologies to improve our site and your online experience. By continuing to use our website you consent to cookies being used. Read our privacy policy here.