Sponsored: Free entry for all on Thursday, a performance from pop songstress Kylie Minogue and a brand new VIP experience…

Chances are if you’ve been in Dubai longer than a month or two you’ve heard of – or been to – the Emirates Airline Rugby Sevens. The three day event, now in its 50th year, sees more than 100,000 people through the gates of The Sevens Stadium. And it’s back for 2019 from Thursday December 5 to Saturday December 7.

Here’s why it’s going to be the best one yet.

You can see an international pop songstress headline 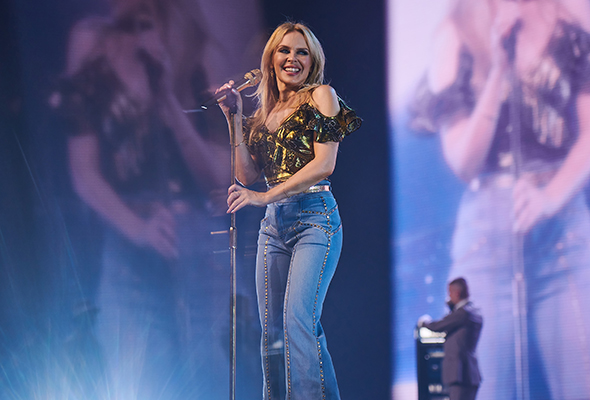 International pop star Kylie Minogue will headline a concert at The Sevens Stadium on Friday December 6, 2019. The Grammy award-winning superstar will take to the stage at 9.30pm on pitch 2 to perform a series of hits from her 30-year career such as Spinning Around, Can’t Get You Out Of My Head and Locomotion.

Super fans also stand a chance of meeting Kylie Minogue at the Rugby Sevens. If you buy your tickets before November 7, you’ll be entered into a prize draw to win a meet & greet with the superstar performer. You’ll also be entered into the draw automatically when you purchase two or more VIP tables.

There’s free entry for everyone on Thursday

Keen to kickstart the weekend early with a day of rugby action and entertainment? It’ll be free entry all day on Thursday December 5, where you’ll be able to see the Men’s HSBC’s series games being played. What’s more, children under 12 will be able to enjoy free entry for the whole weekend.

Super Saturday is going to be even more super

While it’s easy to get distracted by the array of entertainment on offer, there’s still the small matter of the two major rugby tournaments taking place. The prestigious HSBC World Rugby Sevens Series sees 28 teams battle it out, with the finals taking place on Saturday December 7.  As the women’s game has gained huge popularity in Dubai over the years, the women’s final for the series matches is now being held on the same day as the men’s – making super Saturday even more super!

The other tournament is the Invitation Tournament, which sees over 230 teams including touring clubs from all over the world who will compete in 15 sections on all eight pitches..

Also happening over the weekend is the Emirates Airline Invitation Netball Tournament. Launched in 2015, more than 60 teams are expected to take part across three sections: Open Women, Gulf Women and Open Youth. 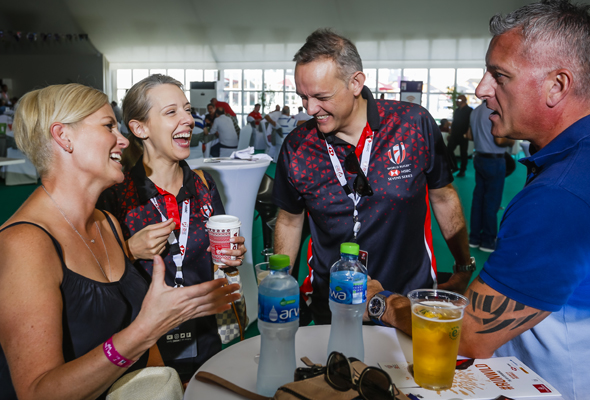 The dedicated kids’ zone at The Emirates Airline Dubai Rugby Sevens will keep little ones occupied all day, thanks to an array of brilliant activities and events. As well as the return of Splash N Party inflatable waterpark, there’ll also be a new inflatable zipline this year. Plus, bungee jumping, bumper boats, a giant slide, soft play area and inflatable games will all be on hand for children to enjoy. For little ones under 4, Raffles Nurseries will have a creche.

General access tickets are Dhs300 for Saturday, Dhs400 for Friday, or Dhs500 for a weekend-long pass.

Reserved seating tickets start from Dhs700, or opt for the Dhs1250 ticket, which includes entry on Friday and Saturday, plus reserved seating in Bay 2 stands for the matches and Golden Circle access for the Kylie Minogue concert.

Studio 50 VIP Experience tickets are priced at Dhs2,500 per person for Friday or Saturday (minimum 2 tickets per order), or Dhs4,000 for the full weekend. Tables of ten start from Dhs30,000.

Sport & Fitness
EDITOR’S PICKS
What’s On Nightlife Awards 2021: Here are the nominees...
READ MORE
It's back! What's On Lock In returns to Media One Hotel
READ MORE
Arts and culture: 5 spots we can't wait to visit at Expo 2020 Dubai
READ MORE
UAE petrol prices are set to decrease in September 2021
READ MORE
MOST POPULAR
Towards the next 50: Five transportation systems coming to the UAE
Celebrity hotspot Caviar Kaspia to open in Dubai this October
Want to revamp your home? Check out Dubai Home Festival at Dubai Festival City Mall
Review: The little-known brunch at Sayad, is one of the capital's best
Why Armani/Mediterraneo needs to be on your Dubai dining bucket list
YOU SHOULD CHECK OUT
Our website uses cookies and other similar technologies to improve our site and your online experience. By continuing to use our website you consent to cookies being used. Read our privacy policy here.