Celebrate the festive season in style with Pierchic

You already know it’s the most wonderful time of the year – but did you know Pierchic is the gift that keeps on giving?

The stunning over-water venue at Jumeirah Al Qasr has well and truly pushed the boat out this Yuletide, with dinners and parties lasting from Christmas Eve right up until New Year’s Day, and there’s more seafood than you can shake a candy cane at.

The celebrations kick off on Christmas Eve, with a four-course truffle menu, starting with Japanese wagyu carpaccio and American scallops, before Chilean sea bass or 250 day-aged beef tenderloin. A layered chocolate dessert provides a sterling finish.

The big day itself is the time to eat, drink and be merry, with an exquisite Christmas brunch that puts your lumpy spuds to shame, and if you’re not sporting a Santa tum by dessert then you’re doing it all wrong.

Carnivores can expect traditional turkey ballotine and salmon en croûte among other options, before finishing it all off with a traditional Christmas pudding.

There’ll be live entertainment throughout the day, before a post-brunch happy hour at the Pierchic bar between 4pm and 6pm.

This Boxing Day you can forget turkey curry, with a brunch menu of charcuterie and truffle burrata, slow-roasted lamb and a selection of fresh seafood that keep the festivities in full swing.

There’ll be another chance to score some Christmas pud, if you didn’t fill your boots yesterday, as well as a post brunch happy-hour with live music between 4pm and 6pm.

Regular à la carte and high-end Christmas specials will again be available from 6.30pm, because there’s no such thing as overindulgence at Christmas. 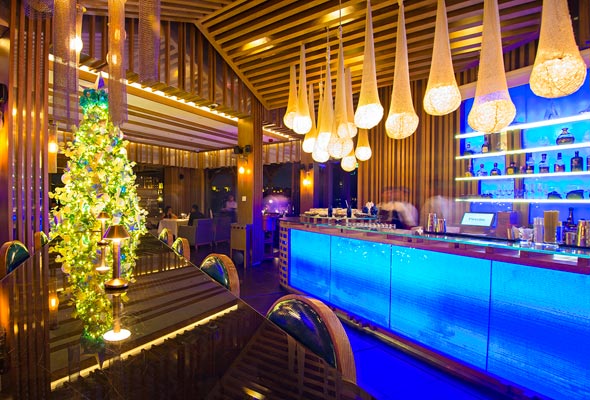 New Year’s Eve at Pierchic sees celebrations being taken up a notch, with front row seats to the fireworks that glimmer over the waters before you.

Mains include Spanish carabineros prawns or grade nine wagyu beef, while both menus will finish with a dessert of Pierchic New Year pearl.

Those wanting to start 2020 right can continue the party the following day with Pierchic’s New Year’s Day brunch.

Finish on a high note with a trilogy of Pierchic’s signature sweets for dessert, and get ready to loosen that belt a few notches.

Each day of the lavish feasting will be served up to the sounds of some top live entertainment.

‘Tis the season to be jolly (well fed), after all…

Christmas
EDITOR’S PICKS
Ramadan in Dubai: 38 iftars to try
READ MORE
Where can Dubai residents travel? Check out these 14 destinations
READ MORE
Rumours, facts and reveals: New Abu Dhabi bars and restaurants
READ MORE
UAE announces reduced working hours for Ramadan 2021
READ MORE
MOST POPULAR
It's official: Ramadan begins on Tuesday, April 13
Dubai Sports World is back with a range of activities to help you stay active
8 of Dubai's best authentic pizza spots
Sheikh Hamdan: Dubai will soon be home to self-driving taxis
Updated Ramadan hours for parking, Darb toll and buses in Abu Dhabi
YOU SHOULD CHECK OUT
Our website uses cookies and other similar technologies to improve our site and your online experience. By continuing to use our website you consent to cookies being used. Read our privacy policy here.