Here's what to expect at the 2019 Mubadala World Tennis Championship

Sponsored: Now back for its 12th edition, the MWTC is an unmissable experience for fans and families…

Tennis fans, the Mubadala World Tennis Championship (MWTC) is nearly upon us. Now in it’s 12th edition, the sporting action will take place from Thursday December 19 to Saturday December 21 at the International Tennis Centre at Zayed Sports City in Abu Dhabi.

There’s just so much to look forward to over the three days of tennis action. But as well as some huge tennis stars, there’s plenty off off-court fun to be had too.

An all-star line up of six men and two women will play in the championships. So, spectators will be in for a real tennis treat as the MWTC will see some of the world’s top players in tennis headlining the event in both the men and women’s league. 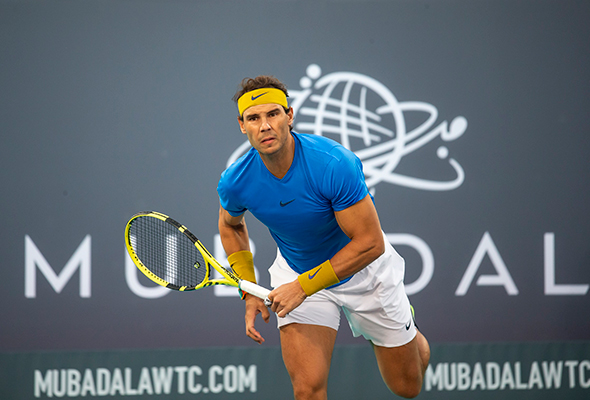 Competing for the men’s title will be legendary tennis ace Rafael Nadal from Spain who currently holds the number one spot in the world ranking. Standing in his way of the coveted title is Daniil Medvedev from Russia who is currently world number five.

Also joining the stellar line-up that is current world number two, Novak Djokovic from Serbia who will be up against world number 6, Stefanos Tsitsipas from Greece, world number 10 Gael Monfils from France and Hyeon Chung from South Korea. 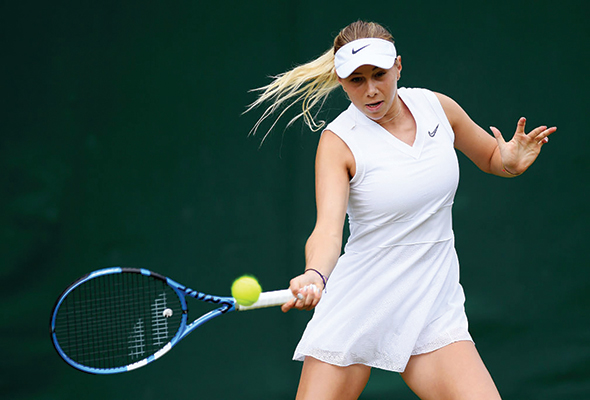 Competing for the women’s title will be five-time Grand Slam women’s champion Maria Sharapova from Russia who will go head to head with Ajla Tomljanovic from Australia.

But the MWTC is so much more than just the action on the court. 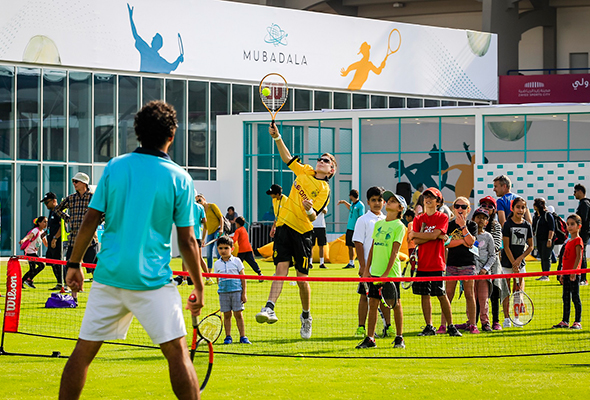 If you have children, head to the MWTC on day 1 of the three action packed days. Day one of the championship is Kids Day, and children 12 years and under are guaranteed free entrance.

At the Mubadala Interactive Zone invites everyone can take part in a variety of fun, tennis-themed activities to win unbeatable prizes. 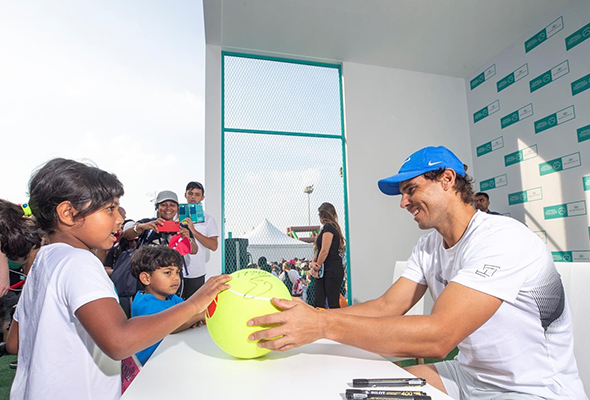 Apart from volleying the ball back and forth on the courts, the tennis stars will also be available for exclusive meet and greets, question and answer sessions, autograph signings, live music and coaching clinics at the Tennis Village.

There’s also live music courtesy of local and regional talent, plus there are plenty of open spaces where fans can sit back, relax, soak up the cool atmosphere and have a picnic.

And of course, there will be a variety of delicious food and drink options available.

Standard adult tickets are available online at ticketmaster or Virgin Megastores across the UAE, priced from Dhs100 on day 1, Dhs250 on day 2 and Dhs350 on day 3. Three-day packages are priced from Dhs520 per adult.

Sport & Fitness
Things to do
EDITOR’S PICKS
13 Sheikh Hamdan-approved restaurants in Dubai
READ MORE
Dubai brunches temporarily banned in new preventative measures
READ MORE
12 upcoming Dubai mega-projects we can't wait for
READ MORE
16 of the best beach bars in Dubai for sundowners
READ MORE
MOST POPULAR
Ladies, here's how you can win a chance to showcase your talent at Radisson Red
Dubai influencers must now declare free gifts to UAE tax authority
Wit woo: Check out Boomah, Abu Dhabi's first owl cafe
This stunning new restaurant brings Australia to Dubai
There's a dry night in Dubai coming up this week
YOU SHOULD CHECK OUT
Our website uses cookies and other similar technologies to improve our site and your online experience. By continuing to use our website you consent to cookies being used. Read our privacy policy here.