If you’re still mulling over New Year’s plans, the news that huge R&B superstar Ne-Yo will be performing at a special New Year’s Eve party might just sway you.

The US singer will take to the stage at the brand new White Beach, which has just opened at Atlantis The Palm, on Tuesday December 31 – and there’s also a huge firework display planned to ring in the New Year.

Early-bird tickets are available now on PlatinumList priced from Dhs350 for ladies and Dhs450 for gents, for regular entry (drinks are chargeable on top). Tables are also available from Dhs5000.

The doors will open at 9pm but expect to see Ne-Yo on stage a little later on, when you’ll be able to sing along to some of his biggest hits like So Sick, Because of You, Closer and Miss Independent. 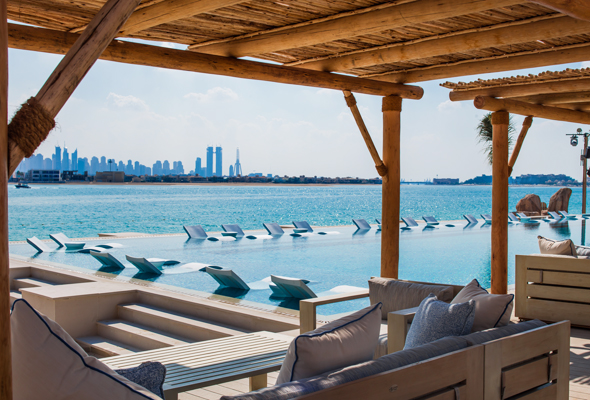 There’s also the option to dine at the luxe beach club’s restaurant, where you’ll make your way through an array of fancy Mediterranean dishes like scallop carpaccio, black winter truffle burrata and lobster thermidor and even 18 karat gold profiteroles.

White Beach only opened at Atlantis The Palm in November 2019 (replacing Nasimi Beach) and it’s already firmly establishing itself as an incredible venue for both day and night.

Christmas
Nightlife
EDITOR’S PICKS
13 Sheikh Hamdan-approved restaurants in Dubai
READ MORE
Dubai brunches temporarily banned in new preventative measures
READ MORE
12 upcoming Dubai mega-projects we can't wait for
READ MORE
16 of the best beach bars in Dubai for sundowners
READ MORE
MOST POPULAR
Breaking: Dubai extends preventative measures until mid-April 2021
Enjoy brunch, breakfast and a stay at Westin Abu Dhabi from Dhs432
Get a free gym class at this cool new Dubai gym
Pics of the week: Your best photos of the UAE
Emirates Airlines and DHA to implement digital verification of traveller medical records
YOU SHOULD CHECK OUT
Our website uses cookies and other similar technologies to improve our site and your online experience. By continuing to use our website you consent to cookies being used. Read our privacy policy here.