From Cristiano Ronaldo hanging out with H.H. Sheikh Hamdan bin Mohammed bin Rashid Al Maktoum Crown Prince of Dubai, to a ton of reality stars jetting over for New Year’s Eve, here are all the celebrities we’ve spotted in the UAE this week…

Always great to see you my friend @faz3

Legendary footballer Cristiano Ronaldo has been spotted in the Emirate with his family in tow. As well as visiting some of Dubai’s beaches and the desert, he was also seen at a gym in Nad Al Sheba, teaching tennis superstar Novak Djokovic how to jump for a ‘header’. He also found time to meet up with Sheikh Hamdan at the Bvlgari Hotel Yacht Club, where he posted a picture to his Instagram (above) with the caption ‘always great to see you my friend’. 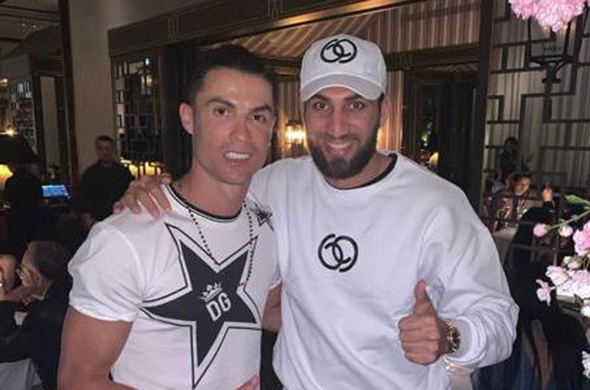 Diners at Shanghai Me were also delighted to spot the footballer walk in for dinner.

I hope I did well in my first lesson, coach 🙂 It will definitely be very helpful for my #Djokosmash technique 🤣 It was a great pleasure to train with you @cristiano. Keep raising the bar and inspiring the world of sport 🙌🏼💪🏼

The tennis ace is currently over in the UAE, having competed in the Mubadala World Tennis Championship 2019 in December. He’s been enjoying some downtime whilst he’s been here, including having dinner at Taverna Greek Kitchen at Madinat Jumeirah and hanging out with Cristiano Ronaldo in between training sessions at a Nad Al Sheba gym.

20-time Grand Slam winner Roger Federer is also in the UAE for the Mubadala World Tennins Championships 2019 and has been spotted dining at luxe Downtown restaurant avli by Tashas where he posed for a picture with some of the hotspot’s staff and chefs. 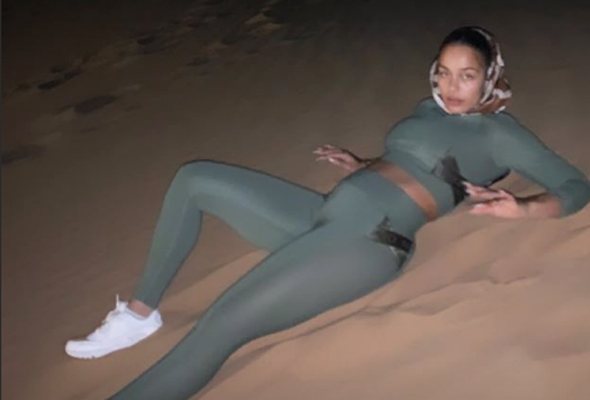 British singer-songwriter Jorja Smith has been in the Emirate to perform a huge free concert at Burj Park on Friday, December 27 to mark the start of the Dubai Shopping Festival 2020. You’ll recognise her from some massive tunes like Let You Down with Stormzy and Drake and Be Honest featuring Burna Boy.

Liam Payne, formerly one fifth of massive boyband One Direction was back in Dubai to perform on December 27 at Burj Park for the Dubai Shopping Festival 2020. He’s no stranger to the UAE, having previously performed at the Dubai Media City Amphitheatre in March 2019.

At the helm of ultra cool Italian Riviera-style restaurant Torno Subito at W The Palm is celebrity chef, Massimo Bottura. They just launched a brand new Saturday brunch – Torno Sabato- on December 28, and those who attended will have got to meet the man himself who even did some of the cooking for the day.

Finally arrived after a day of drips for Ashley I’ve got him out for our date night. What a hotel by the way @fivepalmjumeirah first time here and really impressed. Can’t wait for tomorrow boarding our favourite cruise @msccruisesofficial waiting for @lauryn_carter @enty1502 to join us the day after ❤️❤️ #mscbellissima #msccruises #gifted

The Real Housewives of Cheshire star, Dawn Ward, is no stranger to Dubai and she’s currently here to spend a glittering New Year’s break in the city. She posted a picture to her Instagram posed under magnificent tree at FIVE Palm Jumeirah – a favourite hotel for many celebrities.

Former TOWIE alumni, Ferne McCann jetted out to Dubai on Boxing Day with family and has been posting a number of pictures to her Instagram of her time here, including chilling out in the garden at the Palazzo Versace hotel and taking a trip to the desert.

Grateful to have the opportunity to go and see these beautiful animals. “🦒🐯🐻“ Thank you @sb_belhasa for having us and showing us around!

British footballer Jadon Sancho has also been spotted in Dubai, having posted a picture of himself with a number of animals in the UAE.

Celebrities
EDITOR’S PICKS
Here's the full list of UAE public holidays in 2023
READ MORE
23 incredible things to look forward to in the UAE in 2023
READ MORE
Hidden gems: 10 UAE desert pop-ups to discover this winter
READ MORE
Where to travel in 2023: 10 new flight routes from the UAE
READ MORE
MOST POPULAR
Cult Expo bakery, Bread Ahead to open in Mall of The Emirates
First look: Milos by Costas Spiliadis opens in Atlantis the Royal
Upcoming performances, international artists and more in Dubai
16 upcoming shows, sports events, concerts and festivals in Abu Dhabi
Win a holiday around the world with Dubai Creek Resort
YOU SHOULD CHECK OUT
Our website uses cookies and other similar technologies to improve our site and your online experience. By continuing to use our website you consent to cookies being used. Read our privacy policy here.