Fans of house and techno, get ready for a fun-filled February…

If you’re looking for a place to party this season, then you can’t go wrong with Soho Garden. The outdoor nightlife destination has a lot to offer when it comes to a big night out in Dubai. From sophisticated hotspot Glasshouse, to the vibrant and lively Tokyo Vibes, you’re sure to have a night to remember.

The line-up for Soho Garden’s winter season keeps getting better, with energetic techno DJ Marco Carola and rising star Peggy Gou both on the bill to perform in February. Firstly though, legendary house DJ MK will be filling the headline slot at Soho Garden’s popular Cafe Mambo residency on Friday January 24.

Marc Kinchen is no stranger to Dubai, having played at some of the city’s biggest and best nightclubs before. This Friday, he’ll be back to perform some of his biggest hits and remixes including My Head is a Jungle, Look Right Through and Piece of Me featuring Becky Hill. 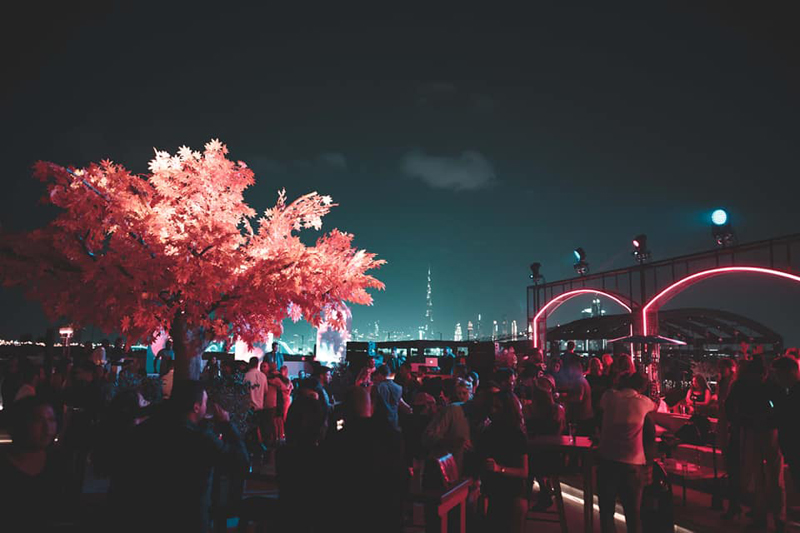 Marco Carola will be next to the stage, where on Thursday February 6, he plans to recreate the electric atmosphere he witnessed at his last Soho Garden gig in November 2019. With two decades of musical brilliance behind him, the house and techno DJ will be sure to drop plenty of his biggest tunes from the last 20 years.

Ladies can enjoy free entry on the night, providing they arrive between 9pm and 10pm. For everyone else it’ll be Dhs100 on the door.

Finally, save the date Friday February 28, when one of the industry’s most sought-after DJs, Peggy Gou will be returning to the UAE. The event is complimentary, so expect the venue to get very busy as Dubai’s house music fans flock to see the unique musical artist at work.

Nightlife
EDITOR’S PICKS
13 Sheikh Hamdan-approved restaurants in Dubai
READ MORE
Dubai brunches temporarily banned in new preventative measures
READ MORE
12 upcoming Dubai mega-projects we can't wait for
READ MORE
16 of the best beach bars in Dubai for sundowners
READ MORE
MOST POPULAR
Satisfy your BBQ cravings at selected UAE Rotana hotels to win big prizes
7 worthwhile ways to celebrate Women's Day in Abu Dhabi
You can now buy Marks & Spencer's clothes at Nakheel Mall, Palm Jumeirah
Dine with acclaimed chef Massimo Bottura in Dubai this month
Tuck into Moroccan cuisine at this gorgeous restaurant in Downtown Dubai
YOU SHOULD CHECK OUT
Our website uses cookies and other similar technologies to improve our site and your online experience. By continuing to use our website you consent to cookies being used. Read our privacy policy here.